TWO decades on from annexing the first Magic Maiden, Peter Rodgers is plotting a second victory in the race with two very exciting young prospects. 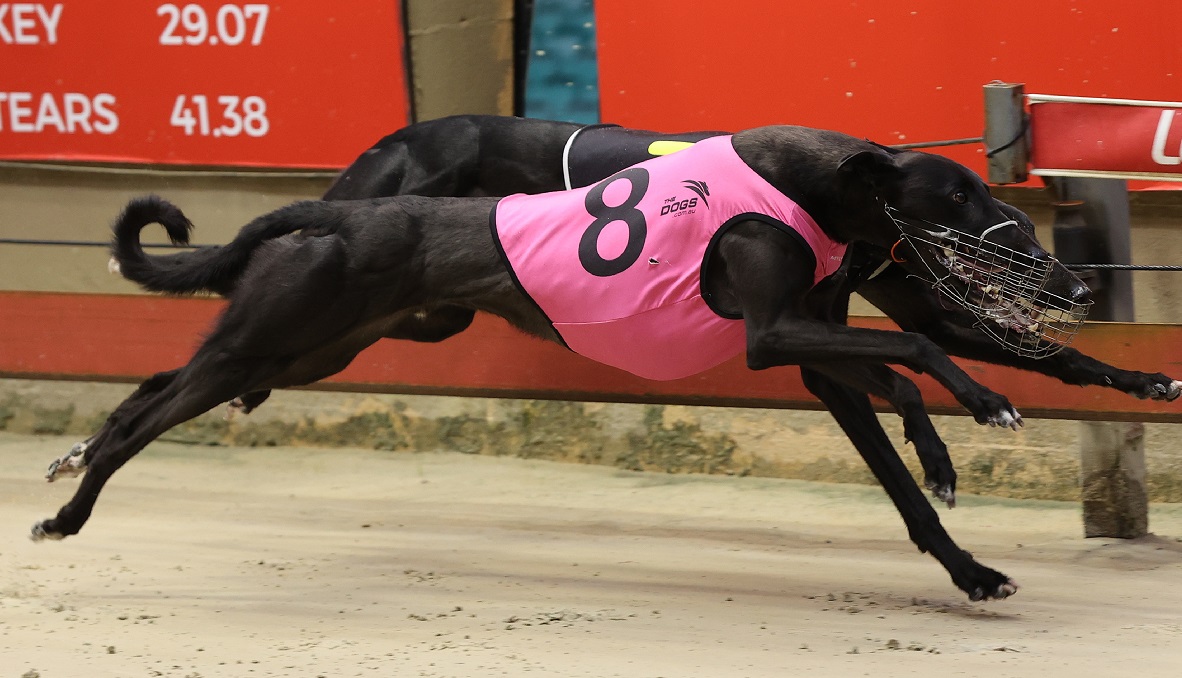 In 2002, the year the Magic Maiden was established as part of the lucrative Golden Easter Egg carnival, Rodgers claimed the series with his former smart chaser Country Zulu.

And on Wednesday night at Wentworth Park, Rodgers is poised to play a strong hand in the opening round of the $25,000-to-the-winner three-week series which culminates on Easter Saturday.

Rodgers will be represented by debutant Lightnin’ Ethics in heat two from box seven while the immensely talented Simply Limelight has drawn the rails box in heat five.

“Maybe finishing second at his two starts could be a blessing in disguise for this series. When he just got beaten by Doonan (in 29.71) at his last start people thought I’d be ecstatic with the run but I was actually disappointed.

“I know what this dog is capable of … he’s something pretty special.”

Simply Limelight and Lightnin’ Ethics are littermates by Kinloch Brae out of former top sprinter Guiding Light which Rodgers trained to 11 wins from just 21 starts.

And while the brilliant Guiding Light was suspect at the end of 520 metres during her injury curtailed career, Rodgers is confident that Simply Limelight’s future is over the longer journeys.

“And off the slip at Wentworth Park he runs home in 11.20, he’s very strong. It’s his first section that needs some tidying up; I’m just hoping the inside draw brings him out on Wednesday night.”

While concerned about Lightnin Ethics’ lack of experience in heat two, Rodgers says box seven is a plus for the David Smith-owned youngster.

“She’s 2 ½ tenths off Simply Limelight but is heading in the right direction,” Rodgers added.

“I like the wide draw for her and if she can progresses through to the semi-finals she’ll be a lot better for the experience in the heats.”

TAB Fixed Odds have Lightnin’ Ethics a $5 chance in a wide open heat two while in the final heat, Simply Limelight is currently at a $2.40 quote.

In the lead up to Wednesday night’s 20th anniversary of the Magic Maiden, Rodgers reflected on his inaugural victory in the race with Country Zulu.

“It seems like a lifetime ago now,” Rodgers said.

“That year it was qualifiers straight into the final with the quickest eight runners going through. I remember there were three in Country Zulu’s qualy, Sam Cauchi had one and Brian Barrington the other.

“He’d never been with another dog and I didn’t know what to expect but he shot straight to the front and won by 16 or 17 lengths from memory.

“He actually didn’t qualify as one of the eight fastest but after a few others dropped out of the series for different reasons, he scraped into the final.

“We drew box one as the slowest qualifier and the rest is history.

“Hopefully we can have the same sort of luck 20 years on.”