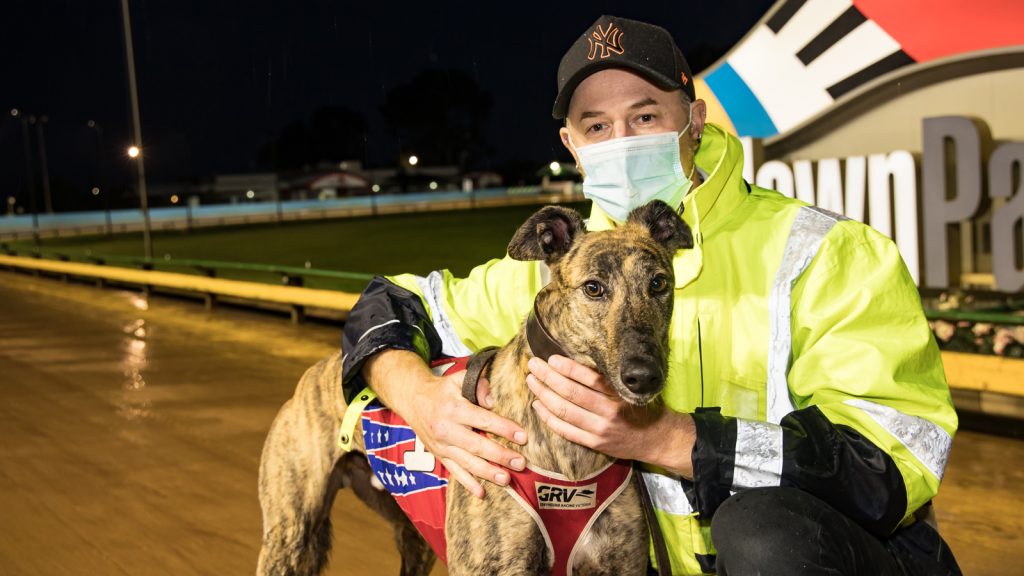 JUST one year into his training career Rowan Wagenaar claimed his first city win at Sandown Park on Thursday afternoon.

It came courtesy of Rear View Mirror who won the 9th race of his career. Not only is he a talented greyhound but most importantly an integral part of the Wagenaar family.

“I own him with my mate (Nick Edwards) who I used to play basketball with. We named him after Pearl Jam as they’re our favourite band and our favourite song is Rearviewmirror,” Wagenaar said.

“He lives in the backyard with an Australian bulldog and he got reared with a pug. I just want him to be safe, that’s all I want. He’s on the couch every night, racing is just a bonus.”

Wagenaar purchased ‘Bernie’, named after his sire Bernardo, as a pup for $2000 from Todd Chatwin at Johnsonville which marked the start of his training journey.

“It was all new to me, I didn’t really know what I was doing.”

He was introduced to the sport by his best mate Steve Spoljaric who he grew up with living in the same court. Spoljaric has been a mentor for Wagenaar guiding him in the right direction for all the finer points of racing such as grading and race planning.

“He does things differently but when it comes to training greyhounds there’s no right or wrong, everyone has their own way of doing things. I speak to him a few times a day and do my best to help him out, it’s almost like training the trainer,” said Spoljaric.

Wagenaar used to be a police officer and now works as a town planner. His step to get involved in the sport was doubted by his mates but that perception has since changed.

“All of my mates thought I was a joke getting involved in something I didn’t know heaps about. They now love it. They can’t believe it and even I can’t believe I’ve won a city race,” said Wagenaar. 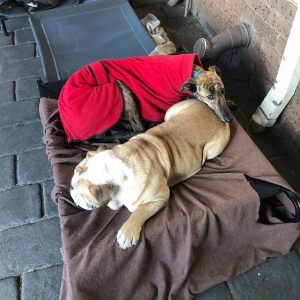 “To have a full time job and train greyhounds, it’s hard. Most of the trainers I’m competing with don’t have 40 hour a week jobs, training greyhounds is just what they do.”

A quality of Wagenaar that stands out is his confidence to have a go. He has ambitions to compete in the TAB Melbourne Cup series which begins next Thursday with the ‘50 day countdown’ special event followed by Prelude series 1 the following week.

“I want to have a dip at the Melbourne Cup. We nearly made the Healesville Cup, we missed out by about 300mm – we almost got there!”

Earlier in the night Lakeview Cruiser returned to the winners list for the first time since February and rising star Wow She’s Fast made it two wins from two starts with many eyes watching on!