Rounds: Training Rupee The Gift Of A Lifetime

GLENN Rounds knew superstar chaser Aston Rupee was a special greyhound long before he arrived at his Devon Meadows property. 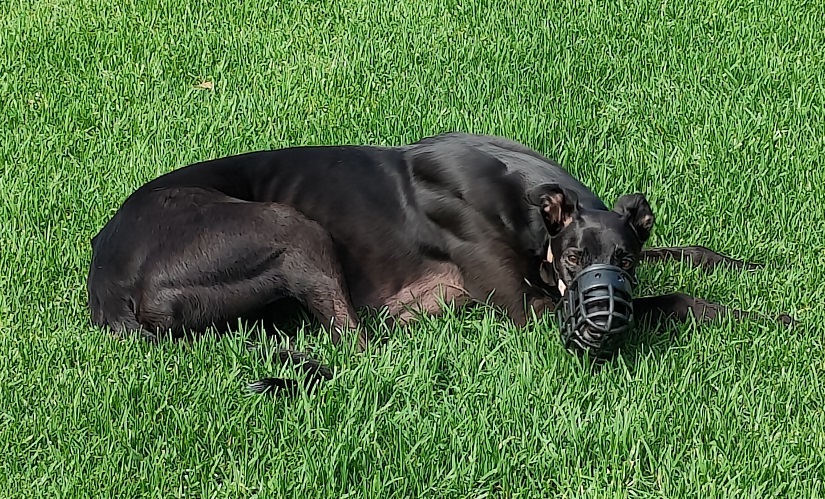 GLENN Rounds knew Aston Rupee was a special greyhound long before he arrived at his Devon Meadows property.

Speaking following the announcement of the dual group 1 winner’s retirement, the man who guided Aston Rupee – billed as the world’s fastest greyhound – during his glittering 42 start career said that his ability was obvious before he added his polish.

“Sean Cachia had the whole littler before they went to the breakers,” he said.

“He told me that he had called Ray Borda (Aston Rupee’s owner) and told him this dog is a champion – he couldn’t keep up with him on his motor bike – and that was before he had done any work.

“He came here at about 17 months, straight from break in and he broke in a star. It would have been about September 2020 when he arrived, and he came down with a fluffy coat.

“We clipped him – I remember taking him to Warrnambool and he had a big stripe down his back, they said he’s got the Dusty (Martin) look going!

One of the fastest dogs to ever grace a track – Rupee's 28.79 Sandown PB will prove incredibly hard to beat for years to come.

“(But) We knew we had something special before we raced the dog. He was trialling brilliantly and we put him in a half field trial at Warragul over 400m and he broke the record. We were talking to Ray on the way home and I said to him that I’d never had a dog break a record before racing.”

Aston Rupee began his career in December 2020, winning on debut in a heat of the VicBred Maiden at Warrnambool, the same meeting at which Melbourne Cup winner Koblenz also broke his maiden.

He won in 29.25 at his first start at Sandown Park two starts later, and in his first start at the Meadows ran 29.47 – then the third fastest time recorded – and his status as one of the country’s fastest greyhounds was confirmed.

He would finish his career with two group 1 wins – the Topgun and Temlee – two Speed Star wins (one each at Sandown and The Meadows), nine group race appearances as well as being a finalist in the inaugural The Phoenix, and runner-up in the first Pink Diamond Champion Sprinter final.

Despite several feature races on the program over the coming months including the Golden Easter Egg and Million Dollar Chase at Wentworth Park and the Harrison-Dawson at Sandown Park, Rounds and owner Ray Borda made the decision to retire their champion to stud.

While the decision came as a shock to many in the sport, Rounds said the decision had been looming for some time.

“The dog has been telling us for month or so that he wants to go up in distance,” he said.

“We’re trying to win group races over the sprint with a dog that is screaming for more ground. Ray Borda has been fielding phone calls, two and three calls a day for him at stud for some time and we’ve been getting asked as well.

“It’s time for the dog to step into his new career and we’re looking forward to that.”

While his group race accomplishments are impressive, it is ability to run time that most caught people’s attention.

He holds the two fastest times run at Sandown, breaking 29 seconds on four occasions and a fifth in a trial (no other greyhound has done it more than once). He also holds the Angle Park track record and is the second fastest ever at The Meadows, his 29.39 time – just 1/100th of a second outside the record – recorded at his second to last career start.

As impressive as his CV reads, there was a number of other runs that stood out to Rounds.

“His Melbourne Cup heat win was brilliant. He got caught up in traffic and I remember screaming ‘get out of his way’ because he was angling for runs and down the back straight he was going two to their one. It was brilliant to watch, and then he dived late and got into a Melbourne Cup final.

“The Temlee was very satisfying. On Australian Cup night, running the way he did was brilliant. He came off the red and he ran against the clock and just missed the record, that was a good experience with the crowd was there, that was a special moment.”

“The night he ran 28.94 at Sandown a little while ago – it was a week after storms and the next best of the night was 29.45. The track easily had another four lengths in it and I reckon that was a record run.”

Asked what it was about Aston Rupee that made him special, Rounds said it was a combination of factors.

As reported by @GreyRecorder, ASTON RUPEE has been retired with 23 wins and 14 minor placings from 42 starts and over $600,000 in prizemoney.

“Most dogs are lacking something, but not him. It’s heart, it’s chase, it’s courage, it’s speed, it’s strength. He’s never beaten. His temperament is everything.”

That’s not to say he doesn’t have his quirks.

“Barry Haywood would check him, I’d hold him and he’d let out a growl, like a lion,” Rounds said.

“It’s not because he’s hurt, he’s just letting Barry know who’s boss. Barry will say ‘knock it off will you’ and they’d have a conversation. They’re talking dog talk. Deep down, knows he’s the boss.”

Aston Rupee – Jimbo as he’s known away from the track – will remain with Rounds and his partner Vickie Wisener at his quiet, picturesque property. His ‘best mate’ Aeroplane Eric, never far away, the pair with a keen eye on their favourite treat – beef jerky.

As Rounds reflects on a career that saw his champion headline the sport’s great racing carnivals, star in TV feature pieces, and even become the number one ticket holder at the local cricket club, the word that best describes his feelings – content.

“I’ll be 58 later this year, so to get a greyhound like him now at this stage of my career is pretty special,” he said.

“To be able to enjoy what he did on the track and look forward to what he can achieve off it, I couldn’t be happier.”