WHILE all eyes will be on Aston Rupee in Friday's Melbourne Cup it’s his older half-brother Aston Lee which will be the focal point in the Devonport Chase. 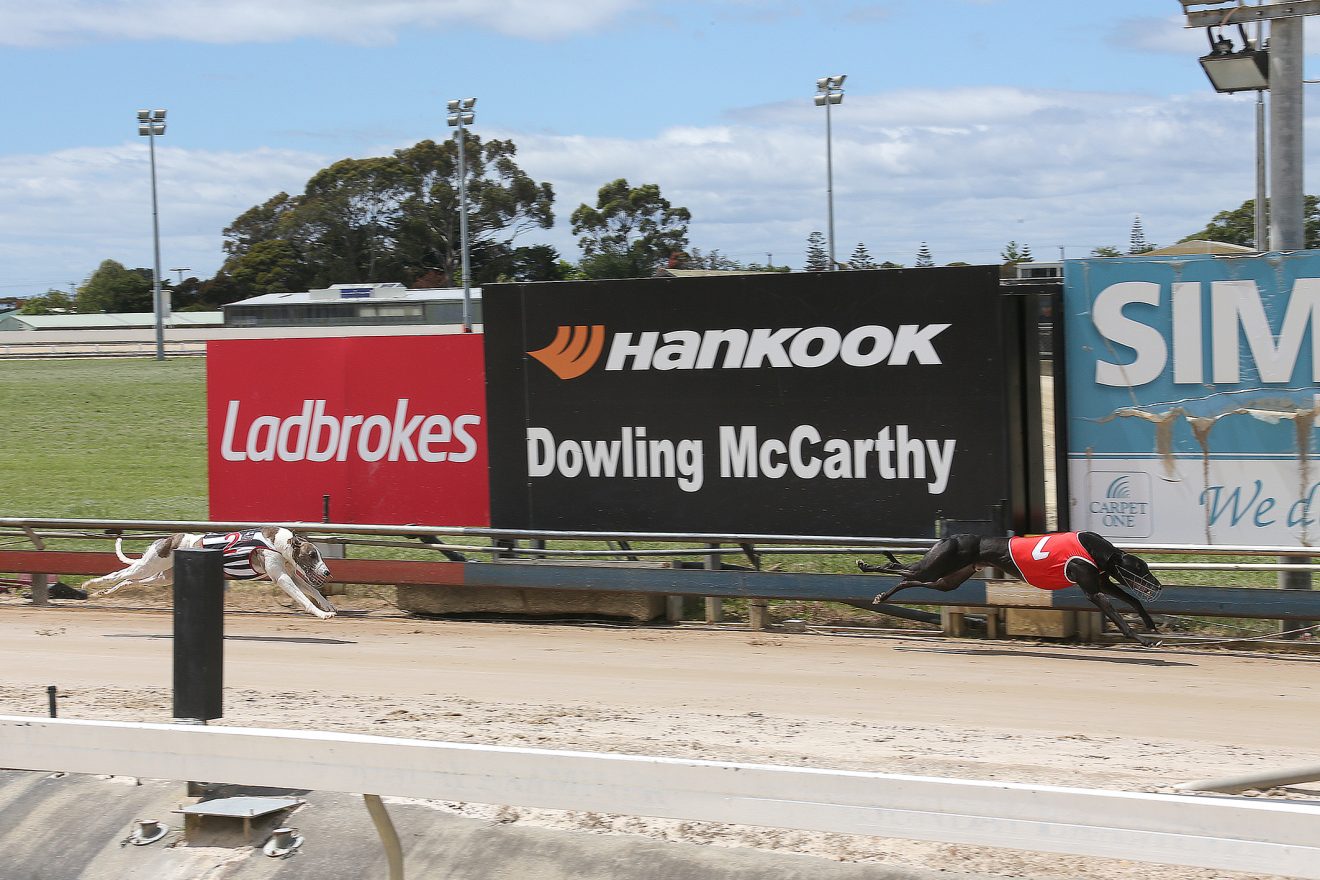 WHILE all eyes will be on Aston Rupee in Friday night’s Melbourne Cup it’s his older half-brother Aston Lee which will be the focal point in the Devonport Chase just a few hours earlier.

In what looms as a memorable day for leviathan owner Ray Borda, Aston Lee will exit box eight in the Group 3 Devonport Chase Final (452m) after qualifying fastest with a blistering 25.21 heat display for trainer Blake Pursell.

The 17-time winning sprinter is a son of Hall of Famer Brett Lee and remarkable brood Aston Miley who lays claim to a long list of quality offspring, led of course by the freakishly talented Aston Rupee, favourite for Friday night’s Group 1 Melbourne Cup.

Now 54 runs into a career which has netted 17 wins and 17 minors for $67,320 in stakes, Aston Lee has always exhibited above average ability, having served stints in NSW and Victoria before finding his way to Pursell’s Brighton kennels recently.

“He’s probably the fifth dog I’ve had for Ray and we’ve been lucky enough to have some success so far,” Pursell said.

“A while back I got a call from both Paul Abela and Ray (Borda) asking me to take him with this race and the Hobart Thousand in mind.

“The first time I trialled him at Devonport he went 25.60 on a bog track so I knew right then he was a serious dog.

“I’d say Ferdinand Boy is the best 400 metre dog in the country so to beat him the way he did in his heat was very impressive.

“But it’s a different story in the final from box eight. He’s definitely drawn the wrong side of the track. All the speed is in one, two and three so it’s hard to see how he’ll find the rail. We’ll definitely need luck.”

Drawn the rails for the $25,000-to-the-winner decider is Super Wallis which scored in his heat in 25.26 while Sacred Stance extended his unbeaten record to six with a determined 25.48 success for Ted Medhurst.

Sitting up in box three is Victorian superstar Ferdinand Boy, the three-time group winner scraping into the finale after recording the fastest second of the seven heats behind Aston Lee.

For Pursell, the young trainer is hoping it’s third time lucky in the Devonport Chase, having qualified Two Blue and Sprint Gordon for the showpiece in recent years.

“I know I’m going into the race with a dog that has the ability to win it,” Pursell said.

“He’s feeling great and in good order so it’s up to him now. I’d love to win the race for Ray and start hopefully what’s a big night for him.

“But whatever the result on Friday I’m really looking forward to getting him to Hobart for the Hobart Thousand next month. Being a strong 500 metre dog I’m sure Hobart will suit him even more.”