WHEN Ryan Monaghan headed back from boxing his first ever winner, race-caller Mark Arandale gave him the "biggest wrap" possible. 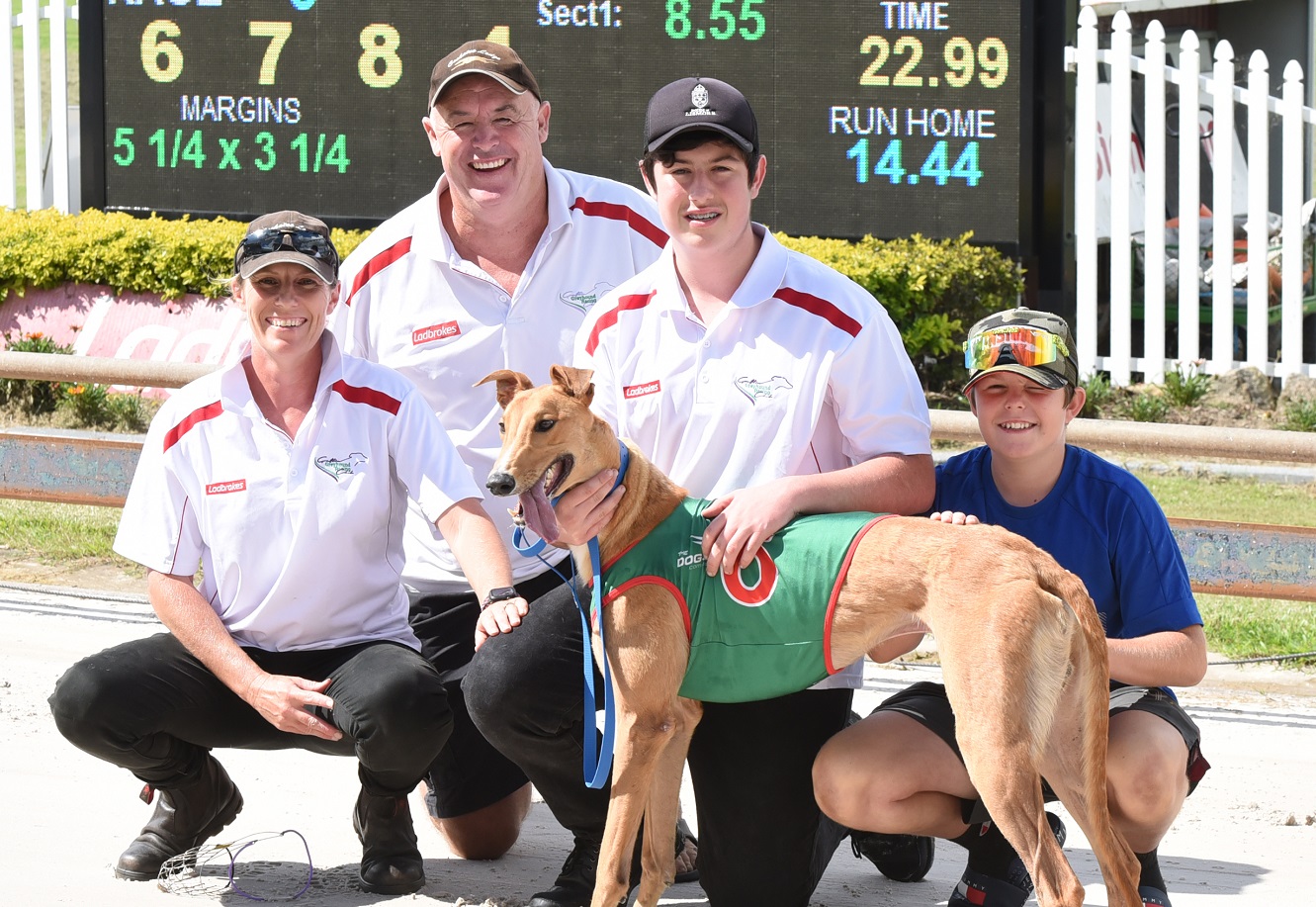 WHEN Ryan Monaghan headed back to the kennels after boxing his first ever winner at Casino last Thursday, race-caller Mark Arandale gave him the “biggest wrap” possible.

Ryan, 15, was bringing back Taylor Toves a winner.

The dog is trained by Ryan’s dad Andrew and owned by his mum Sarah.

“The pressure was on,” said mum Sarah.

“He’s had his handler’s license for about 12 months but doesn’t get a lot of chance to handle dogs, what with school and working part-time at Dominos.

“But, last Thursday we had three dogs racing and he was given the job of handling all three.

“We joked with him that he was on notice to get that first winner.

“He had only boxed about eight or 10 dogs before that.

“But, I’ve been taking him trialling with me all the time lately and he’s been getting plenty of practice.

“Of course he has caught plenty of winners prior to this.

“Taylor Toves is a pretty handy pup. Ryan had to head down to collect him after the win and I could see the huge smile on his face.

“Then Mark (Arrandale) gave him a huge wrap when he was coming back to the kennels.”

Ryan is in year 10 at school and is keen to get into the world of IT as a career.

Ryan’s younger brother Cooper, 13, was also on hand when Ryan got that elusive first winner. Cooper has been a young tennis star for some years.

The Monaghan family has been on fire in recent weeks since returning to racing after their property was hit by flooding earlier in the year.

They recently scored a track record with Trapped in the Ron Herd Lightning Final, a 4th-5th Grade series, running 16.49.