FUTURITY winner Pump It returns to racing underdone on Monday night after time off for a season but with a staying program mapped out for her. 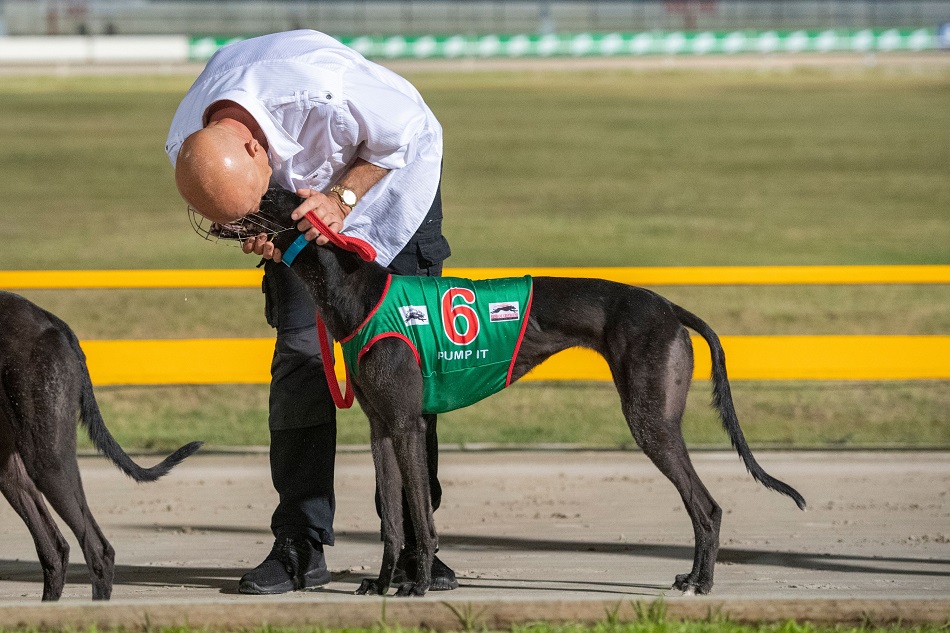 FUTURITY winner Pump It returns to racing underdone on Monday night in a 520m FFA after time off for a season but with a staying program mapped out for her.

The daughter of Collision and Simply An Angel has not raced since December 24 winning in 29.78 at Albion Park.

It was her seventh straight win.

She had won the Futurity three starts back in 30.03 running down future multiple Group winner Crazy Cool in sensational style.

Owner-trainer Mark Saal admitted he has been easy on the bitch in the lead-up to Monday night’s race.

“She has been in work for a while, lots of free galloping, but has not trialled 520 metres in preparation for her return,” he said.

“And, the eight box is not really her best. She really does like an inside draw.”

“Limited Edition will be very hard to beat,” said Saal.

“She will lead out for sure and her run behind Sequana on Thursday night was pretty good.”

Saal said he has mapped out a plan for the bitch.

“The Winged Runner Trophy is coming up at Albion Park in the next couple of weeks, but I’m planning on a staying career for her this time in,” he said.

“I’d like to give her four runs over 520 metres, then a couple of 600ms and then into the big Group staying races that are coming up at Albion Park.

“I’ve always felt she would make a top class stayer.

Saal said Pump It is “going good, but will only improve on what she does on Monday night”.