GRAND Prix Dryva's incredible winning return to racing at Lismore on Tuesday night has come with a sad backstory with news of another injury. 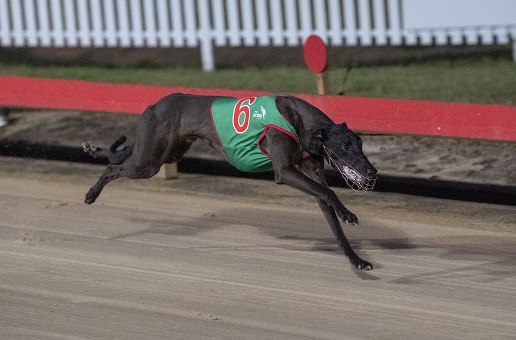 A REMARKABLE comeback story may also have an abrupt ending.

It was his first race start since dropping a back muscle in September 2017.

Among the beaten brigade was none other than Northern Rivers champ Cosmic Bonus who started a $1.60 favourite.

“The win gave Wayne and I the greatest of thrills,” said Wayne’s father Trevor who got the dog from breeder and former owner Kerry Vardy back in 2017.

“We were so proud of the dog and it proved what a great dog he was.”

However, Trevor said Grand Prix Dryva had pulled up sore in a tendon in a front leg and it was likely he would not race again.

When he dropped the back muscle in 2017, Kerry Vardy decided that was enough bad luck for him in the industry and the Wilsons were given Grand Prix Dryva.

He came back to trial brilliantly at Lismore in August 2018 and Trevor said the thought was to win a couple of 395m fifth grades at Albion Park with him.

Trevor gave the dog to his son Wayne who continued to walk him, swim him and treat him like a recovering patient.

“Neither of that dog’s back legs belong to him,” said Trevor. “And as a consequence, he puts lots more pressure on every other bit of his body.”

Trevor said he and Wayne would make a decision on Grand Prix Dryva’s future within the next week or so.

“But, I would say he will spend the rest of his life as a pet at home here,” he said. “We are so very proud of him.”