BRILLIANT youngster Saint Zac will be striving to add a feature race win to his promising resume In the Devonport Derby Final at Launceston Tuesday. 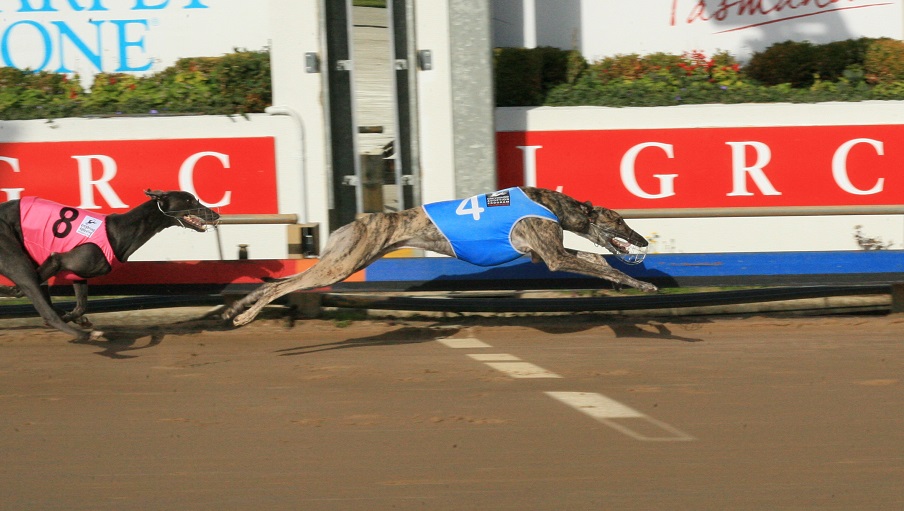 BRILLIANT youngster Saint Zac will be striving to add a feature race win to his resume when he lines up from box one in Tuesday’s $8,180 Carlton Draught Devonport Country Derby Final (515m) in Launceston.

Owned by Dale Hammersley, Saint Zac is trained at Penguin by Tasmanian Greyhound Hall of Fame mentor Butch Deverell and was sensational in his heat on Tuesday afternoon, leading all the way to run a slick 29.88s.

Saint Zac held out the fast-finishing Ticket To Heaven, scoring by 1-1/2 lengths to notch up his ninth career win.

Butch Deverell said he couldn’t be happier with his performance, despite having to manage and repair a minor toe injury.

The dominant win was the best Saint Zac produced giving its connections plenty of confidence.

“It was his best run by far coming back from the toe injury – he is coming back to full fitness,” Deverell stated.

“Around home you can tell Saint Zac is starting to show more maturity, he has started to settle down and that has come with age and he now knows what racing is all about, it’s good for Dale (Hammersley) as the owner.”

Tuesday’s heat victory was most impressive, with the brindle son of Aston Dee Bee and Hoity Toity shaping up as one of the state’s most talented up and coming sprinters.

Litter brother and reigning Illingworth Classic winner Nail ‘Em Fencer produced a brilliant first-up effort in winning his heat of the Devonport Country Derby, staving off the challenge of Rojo Diamond to win in 30.02s.

The black chaser brought up his ninth career win on Tuesday from 22 appearances for owner Kingsley Jarman.

Dilston trainer Neville Allison hadn’t raced the dog since winning the Tasbred feature last month, and with a run under his belt by making the decider, connections would be hoping to have the dog ‘race-fit’ for the final.

“The way to describe Saint Zac that he is on the way up which you always hope for, races like the Devonport Country Derby are great to target and coming up with box 1 in the final is a huge boost,” Butch Deverell said.