FROM the brink of adoption to group 1 glory, that’s the remarkable tale of Untapped after she secured the Sandown Cup (715m) on Thursday night. 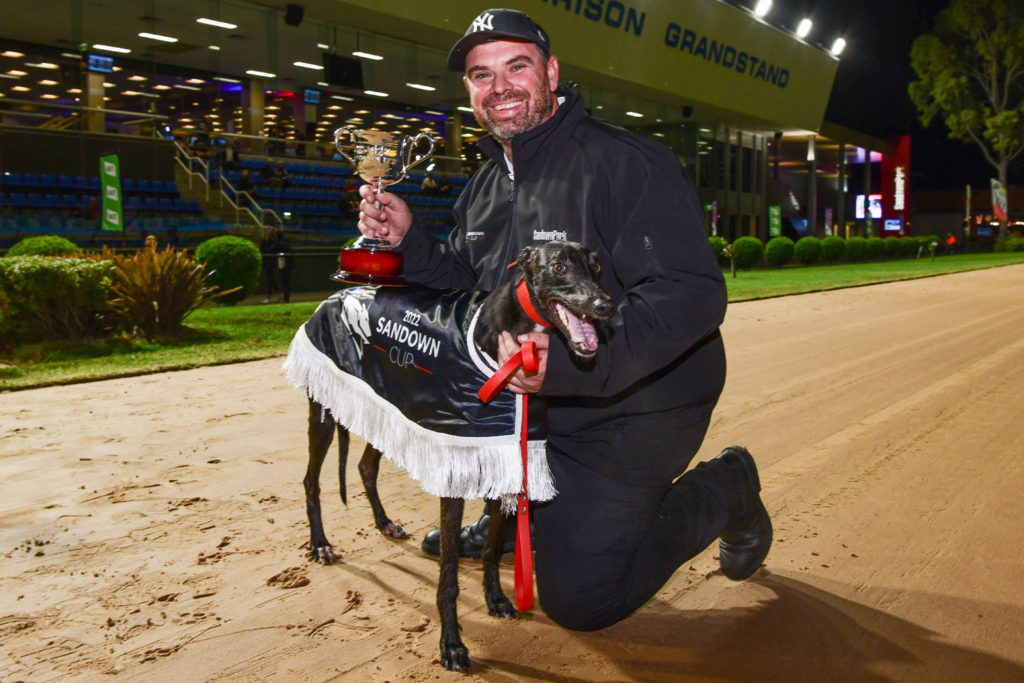 FROM the brink of the greyhound adoption program to group 1 glory.

That’s the remarkable tale of Untapped after the daughter of Aston Dee Bee secured the Group 1 RSN Sandown Cup (715m) at Sandown Park on Thursday night.

Trained by accomplished young mentor Dustin Drew, Untapped, a graduate of the 2018 Sandown National Greyhound Draft, soared to over $272,000 in prize money with her group 1 breakthrough.

After beginning well from box seven, the bold front-runner staved off a mid race challenge from fastest qualifier Jarick Bale to score by a length at the finish in 41.40.

The result was a huge feather in the cap of Dennington-based Dustin Drew who in the past 18 months has confirmed himself as a shooting star in the Victorian training ranks.

“She’s given us just an amazing ride. Had you told me she’d win a group 1 when I got her … it just feels amazing.

“To go from where she started to win a group 1. And it’s not a one off either she’s been competitive time and time again in some big races against the best stayers we have.

“I don’t know what else to say. Just fantastic.”

It was in August last year when Drew first spoke to the Greyhound Recorder after Untapped began stringing a sequence of polished performances together which signalled her arrival as a stayer of the future.

And it’s been a wild ride since with the once “problem child” taking Drew around the country in pursuit of some of the sport’s grandest staying events.

Untapped races for the Team Borda syndicate of the National Greyhound Draft meaning a number of greyhound racing newcomers are now revelling in group 1 glory.

And from the humblest of beginnings.

“That’s what racing is all about isn’t it – new owners getting this kind of thrill,” Drew added.

“And as for Ray Borda, he’s just been huge for me personally, I can’t thank him enough.

“Above all else he’s fair and to do this with him is pretty special.”

Second in the Group 1 blockbuster was Jarick Bale for trainer Mark Delbridge who was shooting for back-to-back wins in the race while third was the Borda-owned Aston Velvet for trainer Michelle Mallia-Magri.