Sassy Galaxy In A World Of Her Own In Oaks 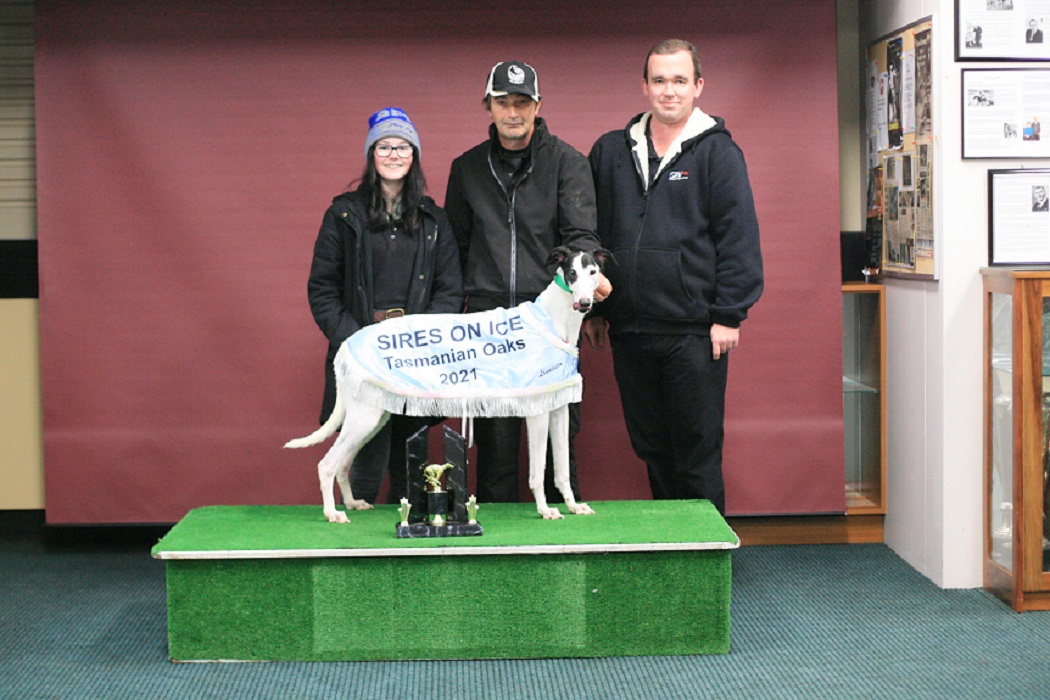 Sent to the boxes as a $10 outsider, Sassy Galaxy, a daughter of Cosmic Rumble, began well before settling second behind the Ted Medhurst-trained Earning The Cash, which shanghaied to the lead from box four.

Balancing up down the back, Sassy Galaxy began taking ground off the leader before eventually hitting the front in the shadows of the post to score over Earning The Cash with Nitro Ash finishing third in 29.89.

Facing a tough field for the Oaks final with a bad draw, Hili went into the feature finale more hopeful than confident.

“It was a big ask coming from a bad draw (box 6) knowing the red runner (Aston Ajok) was going to be hard to beat,” Hili said.

“Sassy Galaxy was tough in her efforts and having those runs around here really helped.”

“The campaign from both Oaks series have been long and right now Sassy Galaxy deserves a spell, it’s amazing how her form has turned around since she’s arrived,” Hili said.

“A big thanks to Allen as well as the people around me – winning the Tasmanian Oaks is a big thrill.”