The Hobart Thousand Final promises to be an absolute blockbuster with a stellar field qualifying for the rich $75,000-to-the-winner decider next Thursday. 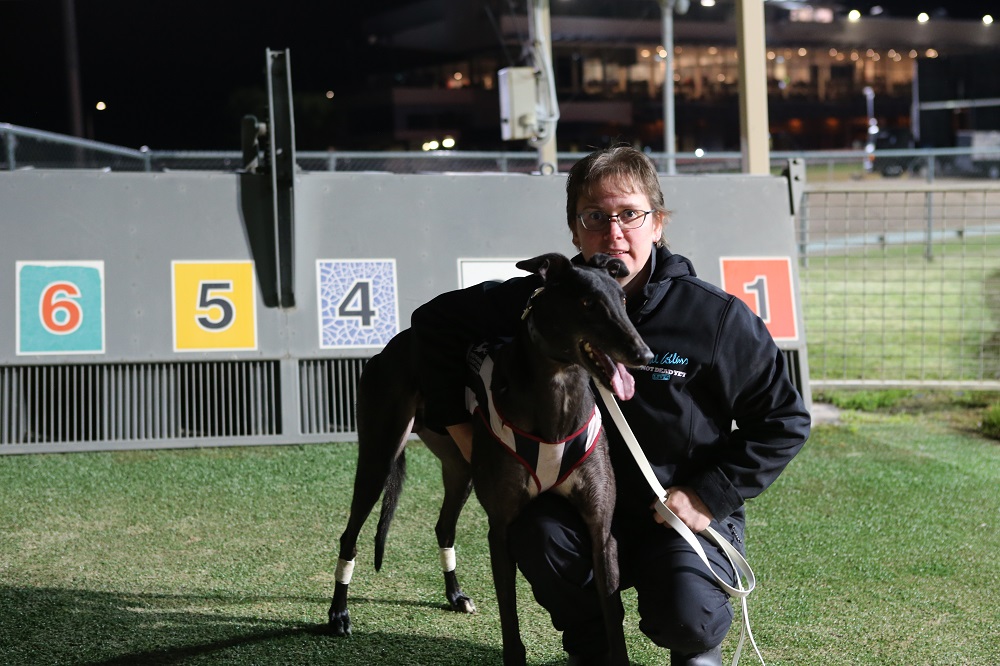 The Group 1 Ladbrokes Hobart Thousand Final looks an outstanding race on paper and is set to be another stellar edition with the locals holding their own against some classy interstate invaders when the heats were held on Thursday night.

Devonport Chase winner Superior Wallis powered into his first Group 1 final when running down the David Geall-trained Ferdinand Boy in the shadows of the post to register a sizzling time of 25.82 seconds.

Plaudits were given to Richmond trainer Nicole Howard in preparing the son of Barcia Bale and Superior Zoe which has gone from strength to strength to become Tasmania’s top sprinter in recent months.

“This would undoubtedly be Superior Wallis’ best run; it was extremely gusty to run down the leader,” the trainer said.

“When David (Condon) arranged to send me the dog he said he had a motor and just needed to find some confidence which he has.

“It’s an absolute dream to train such a quality dog like Superior Wallis, such a professional that gives his all each time he races.”

The Jodie Wynd owned and bred chaser is looking to become only the fourth greyhound in 20 years to complete the rare Group 3 Devonport Chase – Group 1 Hobart Thousand double. The last was Black Caleb in 2001.

Nicole says preparations towards next week’s Group 1 Hobart Thousand Final will be unchanged for Superior Wallis.

“It’s a normal routine we do with Superior Wallis each week so we’ll keep it the same, you can only dream of making these big group one finals and to be there next week is a great honour and even bigger thrill for the owners,” she said.

Eagles Nest Egg returned to winning form in the second heat with a narrow triumph over Broken Arrows.

Trainer Debbie Cannan will prepare the outsider in this year’s Hobart Thousand with Keen causing a huge upset for punters paying $30.20 on the tote defeating Kinson Bale and Fernando Mick.

Of the mainland contenders which qualified for the final, Adelaide Cup winner Do It and Melbourne Cup finalist Aussie Secret delivered very good runs, taking out their heats for local trainer Mick Stringer who is responsible for their campaigns while in Tasmania.

Runner-ups Ferdinand Boy (25.85s) and Mepunga Gertie (26.02s) have both qualified for the final after clocking the fastest seconds.