THE scene is set for a thrilling finale to the National Straight Track Championship Final (366m) at Capalaba next Sunday afternoon. 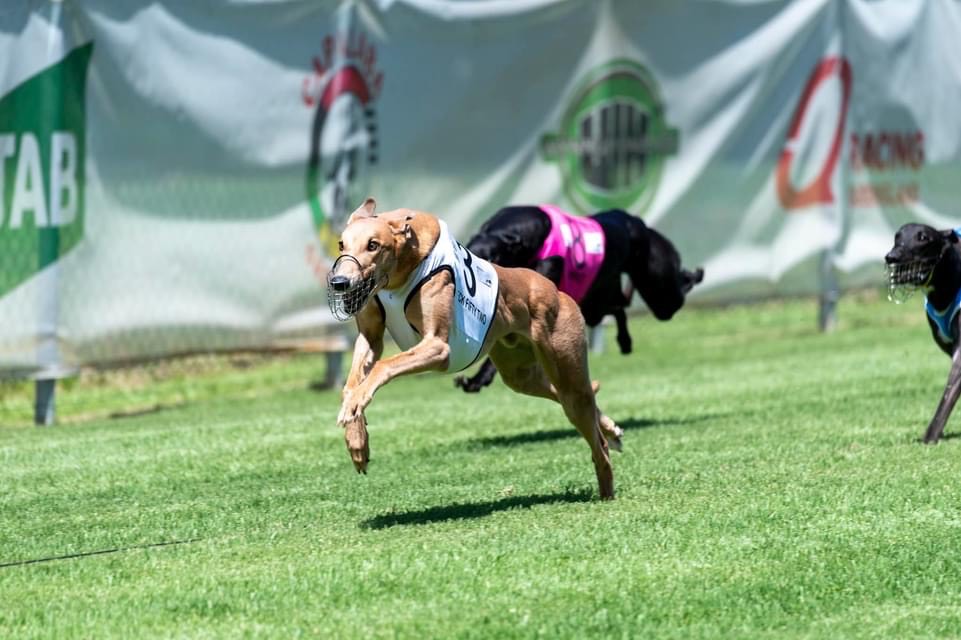 PART-OWNER Noel Noon is heading in to work at the Brisbane Wharves tomorrow to hand in his resignation but it has nothing to do with his ultra consistent dog Deck Fifty Two winning the Queensland final of the National Straight Championship (366ma) at Capalaba on Sunday.

The son of Barcia Bale and Mitchie Madam ran a scorching 19.45 to upset raging hot favourite, luckless Impact to win the state final by three lengths with Point To Point in third.

Now Deck Fifty Two and Impact head into next Sunday’s national final worth $25,000 to the winner.

Deck Fifty Two is trained by Darren Russell for Noon and other part-owner Laurie Meteyard. They raced the mother Mitchie Madam.

Noel could not be at Capalaba on Sunday deciding to help out his mother prepare her home for painting from Monday.

“It’s one of the first times I have missed seeing him race,” said Noel. “But, generally he runs second in big finals when I am there.”

Noel first got into greyhound racing through his mate Greg Cannon back in 1987 when their partnership bought a pup they called Beaut Venture the Lawnton Futurity winner and a high class race bitch.

“I’ve been in dogs with the boys ever since and they all trace back to old Beauty Venture,” he said.

He said he was planning on turning up for work tomorrow with his resignation in hand.

The Darren Russell-trained Deck Fifty Two scorched his way to victory at @Capalabagreys to win the Queensland Straight Track Championship. He’ll go on to represent the state in next week’s National Final alongside Impact. Point to Point & Born To Run will be the emergencies. pic.twitter.com/3G4OpBcGqR

“I’ve got 57 weeks long service leave owing to me so I’m planning on finishing up on January 3,” he said.

Deck Fifty Two was not named by Noel because of his connection to the wharves, but by friend Shaun Speeding after a deck of cards.

The mother Mitchie Madam has a 12 months old litter by Zambora Brockie about to be educated in February, and a four month old litter by Superior Panama.

The Barcia Bale litter has been superb with Group 1 performer Little Byrnes being just one of the others.

“All thanks to Darren who has done a great job with the dog,” said Noel.

And, Noel says he will be at Capalaba next Sunday when Deck Fifty Two chases a $25,000 pay day.

Hot favourite Impact was never out of trouble in running being severely checked several times but finishing strongly to get second and earn a berth in the national final.

Point To Point and Born To Run, third and fourth in the Qld final, will be the reserves for the national final.

Several of the interstate finalists trialled before the first Capalaba race on Sunday.

Victorian Dream Wizard will arrive in Queensland on Thursday and is planned to have a 200m slip at Capalaba the following day.

Richmond final winner Olsen Street had a short slip last week and will trial from the boxes at Capalaba on Monday.