CHERYLE Ragen is hoping My Seanna can continue her amazing recent run of success when she lines at up at Sandown Park on Thursday night. 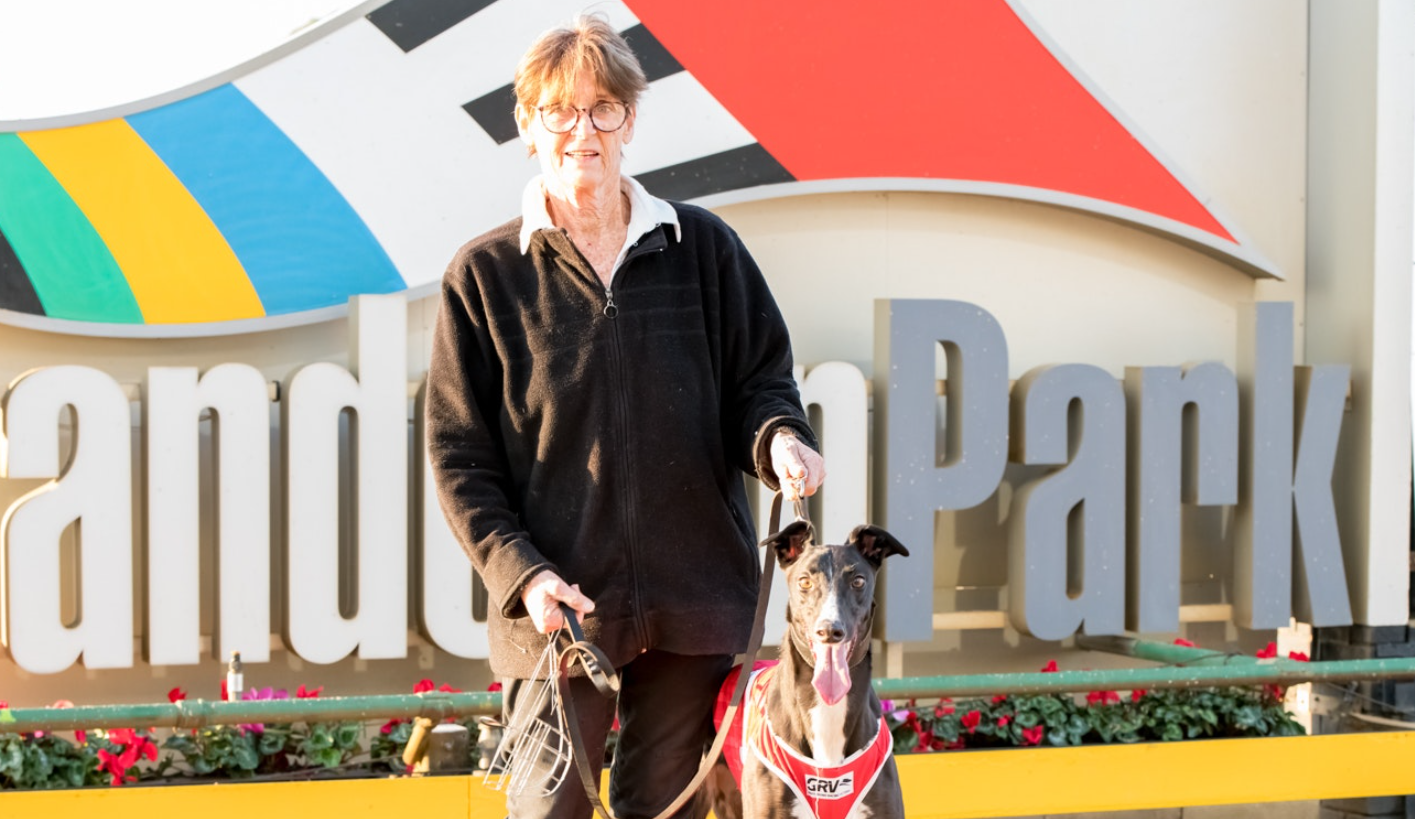 CHERYLE Ragen is hoping My Seanna can continue her amazing recent run of success when she lines at up at Sandown Park on Thursday night.

Since the beginning of April, Ragen has prepared 12 winners from 24 starters – including six of her last eight with two runners up.

My Seanna has been the flagbearer for Ragen’s kennel.

The daughter of Aussie Infrared and Zipping Kelly has won eight of 11 starts but it was her performance at Sandown Park last Sunday, in which she ran a five second split on the way to a 29.26 victory, that turned heads.

“I’ve had some really handy dogs along the line but I’d say at this stage she’d definitely be the best I’ve had,” said Ragen, who has held her trainers license for around 30 years.

“She seems to be a dog that, once she knows a track, just seems to get faster and faster. At Sale she started at the 25 mark and then went to 24.80 something. When she won there in 24.57, the track may have been a little bit quick, but the way she won at Sandown, it’s the way she runs time. When she gets used to it she can just ping and run enormous times.”

MY SEANNA (3) triumphed for the fifth time from five starts over 440 metres at Sale (five wins from seven races overall) in a best-of-meeting 24.565 seconds for trainer Cheryle Ragen.

Thursday night is My Seanna’s first attempt at city class and Ragen believes the 27-month-old is ready to compete at that level.

Despite drawing box eight for the first time in her career, Ragen said it shouldn’t affect her chances of a maiden city win, especially with the lack of speed drawn beneath her.

“She goes straight as a pin (out of the boxes). She doesn’t cut across and if she can repeat that five blonk (that she ran on Sunday) I think she should be able to lead going into that first bend.

“She’s got to step up to be able to compete with the dogs at Sandown. Fortunately for me she’s stepped up to everything she’s been asked of.

“It’s the hardest quality of dog that she’s raced against, but I think she can step up to the mark.”

Ragen moved to Kilmany, around 16kms west of Sale, nearly six years ago having moved from New South Wales to enjoy the cooler climate. But if My Seanna continues to improve, a return to Sydney could be on the cards with a tilt at The National Sprint Championship in August a possibility.

“There’s a couple of lady trainer races coming up – if she doesn’t win (on Thursday) she’s eligible for them. Then after that, maybe the Nationals down the track.

“But she’s only had the 11 starts and really she’s still new to racing in that sort of race so I just want to take it easy.

“I don’t want to get too far ahead of myself, I’ve never done that because things can happen from week to week. Hopefully she can stay sound and keep improving. Not that she needs to improve too much.”

My Seanna will jump from box eight in race five at 7.00pm.