TUNGSTEN Miss remained unbeaten in seven starts when she brilliantly led throughout to win the rich Corporate Dollars at Ipswich on Saturday night. 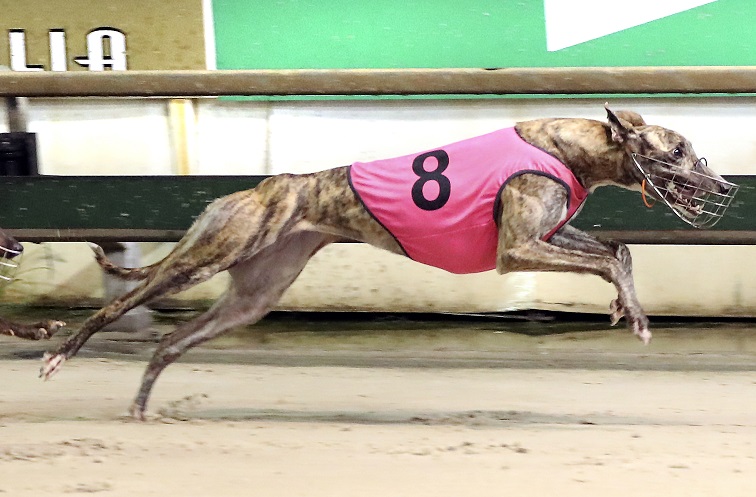 TUNGSTEN Miss remained unbeaten in seven starts when she brilliantly led throughout to win the rich Corporate Dollars (520m) at Ipswich on Saturday night.

And in the process she landed her third feature race final within those seven starts.

The daughter of Fernando Bale-Miss Lauryn, a $2.70 chance, scored by a length in 30.78 beating the fast finishing $2.10 favourite Spring Kono with Kinloch Charm in third.

Her trainer Jedda Cutlack, fast earning the reputation as the Gai Waterhouse of Queensland greyhound training, has already won the Brett Memorial and the Group 2 Queensland Futurity with the bitch.

The Corporate Dollars was a planned switch for Tungsten Miss to Ipswich to give her valuable experience on the track before the 431m Ipswich Auction in February and the 520m Auction series in April/May.

“We had looked to go to the Group 1 National Futurity series at Wentworth Park, but the experience at Ipswich will come in handy for those two Auction series,” said Jedda.

“She had not been back to Ipswich for many months and in the meantime she injured her hock.”

Tungsten Miss has been a surprise for Jedda.

“Being unbeaten in seven starts is something you hope for,” she said. “Obviously we put them into races and all the time hope they will win.

“But to be unbeaten after seven starts and three finals is something else.”

But Jedda is not getting too carried away just yet.

“She is still eligible for fifth grades everywhere and that will probably be the plan for the next couple of weeks,” she said. ”
“We will not be tempted into the match race series (The Golden Ticket) at Albion Park, but she could go into the Group 1 Gold Bullion in three weeks time.”

The final at Ipswich was a repeat of the victory by Tungsten Miss’ half sister, Brandi Alexander, a few years ago.

“Brandi Alexander was trained by Tom (Tzouvelis) and she raced for Beenleigh Legal in the final that year.

“And, Beenleigh Legal were represented this year by Tungsten Miss. It was such a coincidence,” said Jedda.

Brandi Alexander has a litter by Zambora Brockie 10 months and a straw for SH Avatar has just been bought for her next mating.

“Showdown and his litter are by SH Avatar from the same damline, so we are looking at recreating that cross,” said Jedda.