CRACK Taswegian Wynburn Sheean has stamped himself a key player during the Queensland winter carnival with a flying Albion Park trial on Sunday. 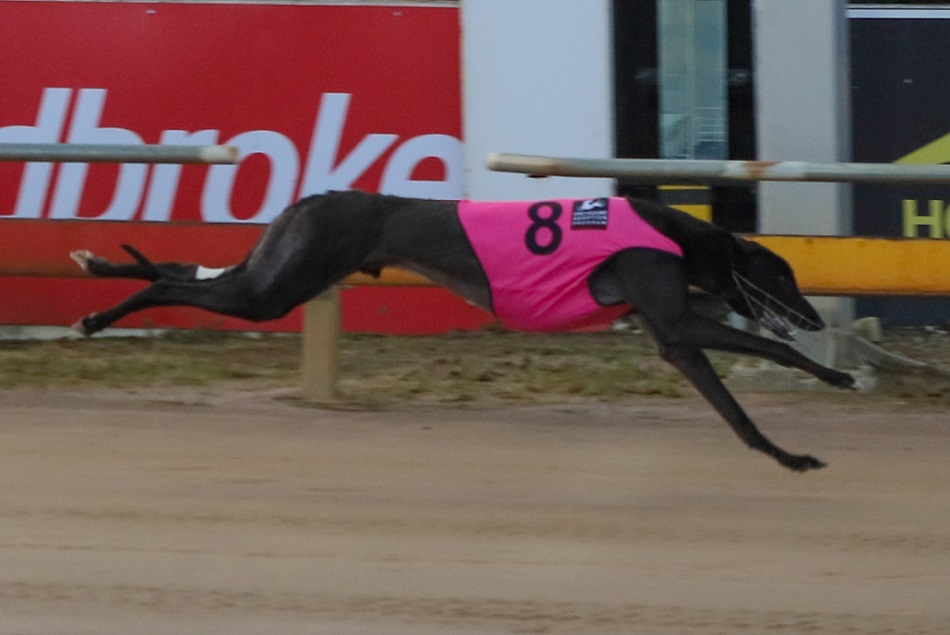 STAR Taswegian Wynburn Sheean stamped himself as a key player during the Queensland winter carnival with a flying Albion Park trial on Sunday.

The Group 2 Launceston Cup hero carved out a flying 24.12 in a post-to-post trial, much to the delight of trainer Tony Brett who will guide the son of Aston Dee Bee during his Queensland campaign.

“It was a really good first hit out – especially the run home time,” Brett said.

“He hasn’t been here for all that long but has settled in great and to be honest the dog is a machine. It’s been a while since I’ve had a dog that’s just so switched on all the time.

“Handsome Prince went 24.07 on Thursday and this dog has gone just under a length off that so it’s a good guide. Queen Lauyrn went 23.93 one day which is the only one I’ve had break 24 seconds.

“Unfortunately he’s too old for the Flying Amy and not eligible for the State Of Origin so his main aim is the Brisbane Cup which is four weeks away. The plan is for him to race Thursday week at this stage.”

But his influence on the race doesn’t stop there, overseeing the preparations of winners the ilk of Keybow (2014) and Black Opium (2020) along the way also.

And in Wynburn Sheean, Brett is hopeful that the Tasmanian sharpshooter can be at the pointy end of what is looming as a hugely competitive edition of the $250,000-to-the winner series.

“The best thing about this dog is that he leaves nothing in the tank – he’s just a real competitor,” Brett added.

“I’m rapped in where he’s at but it’s going to be a hot series. Racing Queensland and the team at Albion Park are doing a fantastic job in promoting the carnival.

“A few years ago Brisbane in winter was almost an afterthought for trainers around the country. Now it’s a target and destination – it’s great for racing here.”

On Thursday night at Albion Park heats of the Flying Amy Classic (520m) will be run and won with Brett represented by budding young star Orchestrate and Enthusiastic.

“Orchestrate got beat at Ipswich on Saturday but that was more my fault than his,” Brett said.

“I gave him a good break after his last Albion Park win so he really needed that hit-out. It’s about having them right when it matters and he’ll be a lot better Thursday and then hopefully the week after.”

Orchestrate has kicked off his career in outstanding fashion, winning 10 of his 17 starts, including victory in the Group 3 Rockhampton Cup.

Heats of the Listed Dashing Corsair (710m) will also be staged on Thursday night with Brett lining up recent kennel acquisition Zipping Niseko.

A formality to represent NSW in the State Of Origin series, Zipping Niseko had her first look at Albion Park on Sunday, trialling over 600 metres in a sharp 34.99.