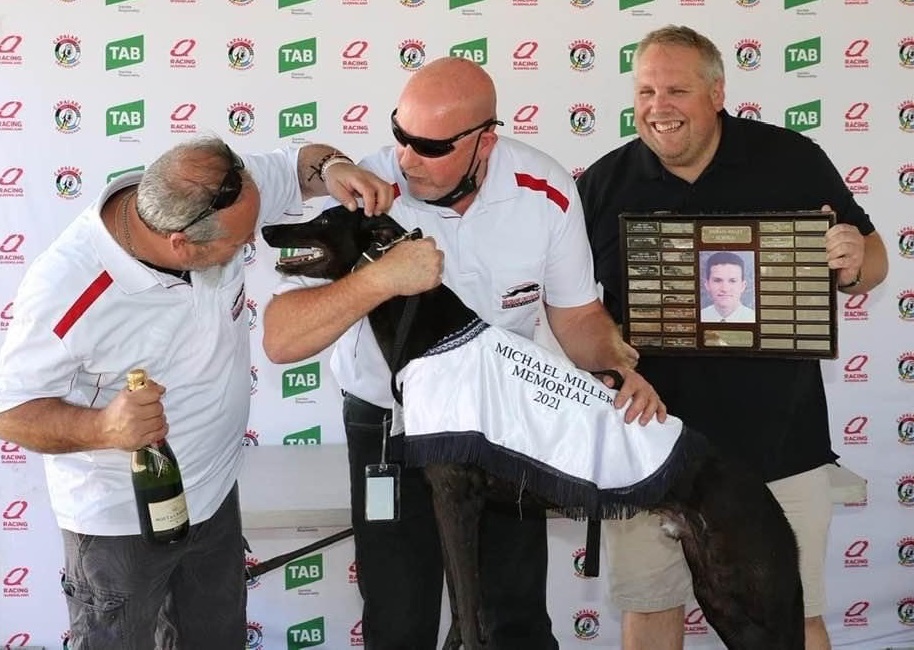 COLE Sherwood’s family didn’t need to ask him if Running Express won Sunday’s time-honoured Michael Miller Memorial (366m) at Capalaba, they knew because he had Chinese takeaway with him.

Cole’s late father Al landed home with Chinese takeaway every time he won a race and Cole has continued the unique celebration.

Running Express (Rippin’ Sam-Allonsy Bree) held off Ferocity to score by three-quarters of a length with a length and-a-quarter to favourite I’m The Bill in third in a fast 19.66.

He remained unbeaten in three starts up the straight track and will not rest on his laurels.

“The heats of the Molly Campbell Silver Dollars are coming up at Albion Park on Thursday night and he will go into those,” said Cole after Sunday’s win.

Capalaba was a confidence booster for Running Express and used as a bid to get him jumping better.

“He injured a back foot just before he went to Melbourne early in the year and it has stopped him coming out of the boxes,” Cole said. “But, every now and then he will jump. He’s learning to live with it.

“Luckily today was one of those days he jumped.”

“Darren trained a dog for me ages ago and when I first started Running Express off in the Vince Curry Maiden at Ipswich Darren kept asking me to train him,” Cole said.

Running Express will not turn two until the middle of September and Cole and the dog’s owners know he will become a stayer in the future.

Cole has a nine-month-old pup by Good Odds Harada being reared and set to join the kennel in the immediate future.

Running Express took his record to 13 starts for five wins and two placings for almost $16,000 in stakes with Sunday’s feature victory.