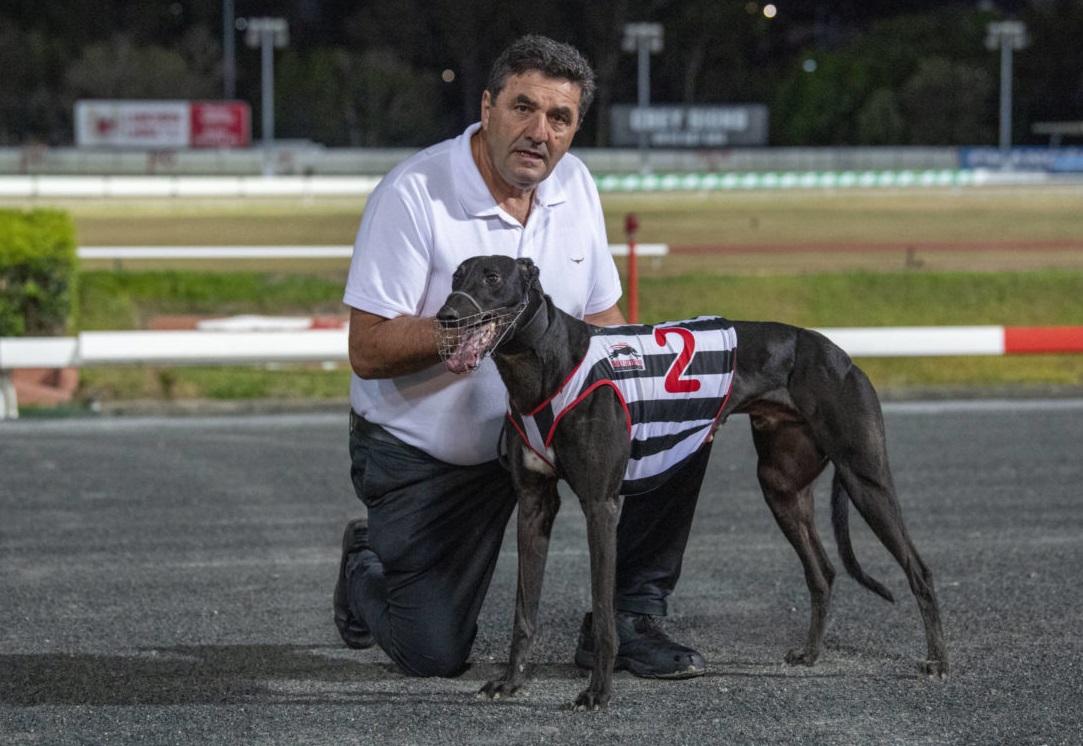 Call Me Rip had drawn poorly in the seven and was facing up to Indictment which was $1.20 favourite out of the red box an coming off a brilliant win in the previous week’s Publicans’ Cup.

Indictment got out well, found trouble at the first turn, and ran on fairly for third.

Call Me Rip (Fernando Bale-Simply An Angel) was always handy and ran down early leader I’m The Bill to win in 30.20.

“It just goes to prove, while you are in the race, you are in with a chance,” Apap said.

Call Me Rip has started 19 times for five wins and 11 placings. He had been run off the track at the first turn at Ipswich the previous Saturday.

“He’s always shown plenty of ability but he’s had no luck either,” Apap said. “He wants the inside and I think he can go 29.80 around Albion Park given the right box and the right run.”

But, that’s not what faces Call Me Rip in next Thursday night’s final. He has come up with box seven again.

“The one thing in this dog’s favour is that he is very intelligent in a field,” said Apap of Call Me Rip.

He rates fastest heat winner Showdown, drawn in the rails, the hardest to beat in the final.

Call Me Rip is a half brother to classy bitch Pump It and the Group performers Front Page News and Are Jay junior, bred and owned by Dan Henry.

Lyndall Brand landed the other heat with improving Light My Flyer (Aston Dee Bee-Fernvale Flyer) in 30.22. He also led throughout to win by a length over Danielle Keeping at $6.50.