Silver Lining In It Gets Better's Sad Passing

IT Gets Better, dam of top bitch Extra Malt, has tragically died giving birth to a litter but the six pups are thriving thanks to the nature of Ricolina Girl. 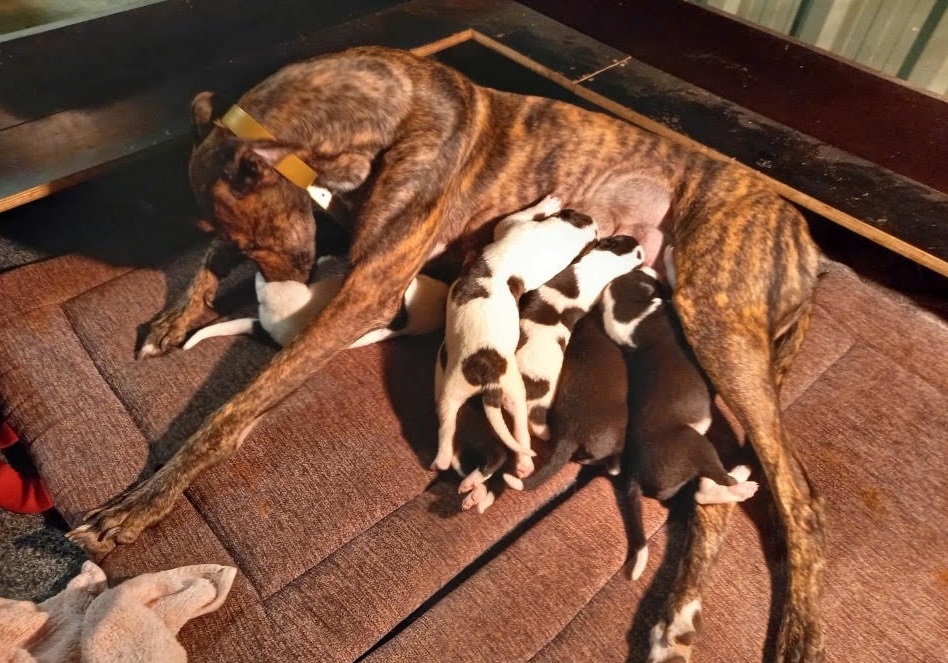 IT Gets Better, dam of sensational Queensland bitch Extra Malt, has tragically died giving birth to a Fernando Bale litter but the six pups are thriving thanks to the motherly nature of Ricolina Girl.

A week ago, breeders Graham and Leanne Hall took It Gets Better (Dyna Lachlan-Irish Malt) to a local vet surgery to deliver her second litter by caesarean section.

The pups were delivered but It Gets Better ruptured her uterus and she could not be saved.

The Halls were then left with five dogs and one bitch, worth big dollars going on Extra Malt’s racetrack performances to date, and the problem of keeping them alive.

“We went straight from the vet surgery to Brent’s to collect his bitch, and then headed home for her to start feeding them. She took to them instantly. In the week since they were born they have already put on 350 grams.”

Fortunately for the pups, the vet surgery was able to milk It Gets Better of the much needed colostrum to give them the best start in life.

The Halls are amazed at how good Ricolina Girl is with the Fernando Bale the It Gets Better pups.

“She is feeding them every two hours, but we sit and watch her with them until she is ready to leave,” said Graham.

The Halls have already decided none of the litter will be for sale.

“How could we sell them now,” said Graham.

Extra Malt, winner recently of the Group 3 Ipswich Auction and second in the Winged Runner Trophy, has won 11 of her 16 race starts and run 29.60 at Albion Park.