Power In Numbers For Smith Ahead of Topgun

LIFE after superstar sprinter Feral Franky was meant to take on a quieter approach but it's been anything but for Forbes mentor Jack Smith. 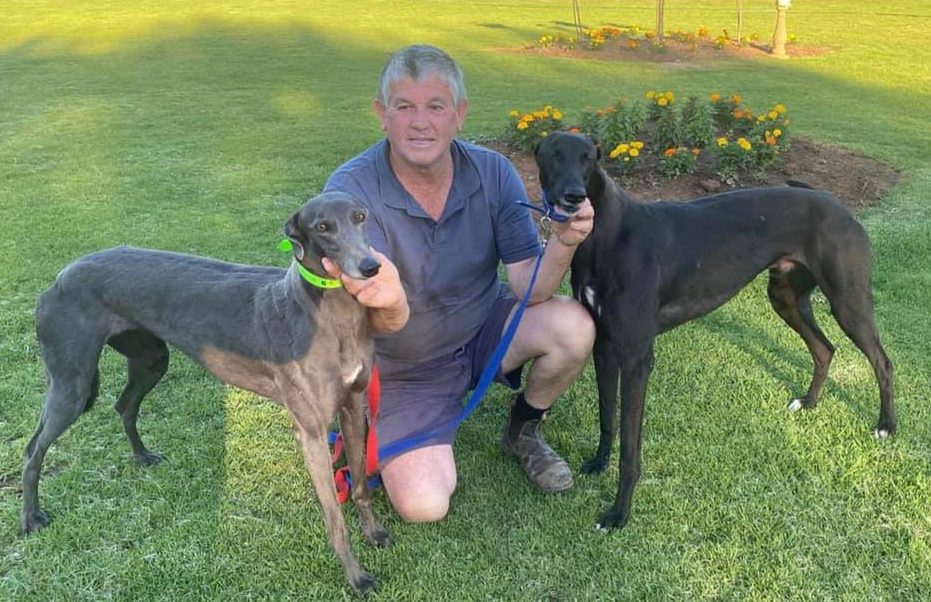 LIFE after superstar sprinter Feral Franky was meant to take on a quieter approach for Forbes mentor Jack Smith.

During an 18 month career before being retired to stud ‘The Feral’ was the talk of greyhound racing boasting a fan club as big as his heart courtesy of a flurry of big race wins.

In 2019, Feral Franky finished second in the Topgun where Smith would have been forgiven for thinking his chances of annexing the race widely dubbed ‘the Cox Plate of greyhound racing’ had come and gone.

But on Saturday night, Smith returns for a third tilt at the $150,000-to-the-winner invitation with his gifted two-time group winner Jungle Deuce.

“Not bad for an old fella from Forbes to have a runner in both races,” Smith quipped.

“We were lucky enough to have Brad Hill Billy in the race the year Fernando Bale won and The Feral ran a great second in 2019.

“To have a sprinter and stayer invited to what is the best eight greyhounds over each distance is a real thrill. Especially for a bloke from the bush with just half a dozen greyhounds in work.”

Race sponsor TAB currently has Jungle Deuce at $13 and Miss Ezmae $6.50 for their respective Topgun assignments.

Jungle Deuce – winner at 17 of his 29 starts – will exit box eight while Miss Ezmae – boasting 13 wins from 21 appearances –  has drawn the prized rails alley.

“If Jungle Deuce could get on the podium from box eight we’d be happy,” Smith said.

“He won the New Sensation (at Wentworth Park) from box eight and I don’t mind him being drawn out there but when you look at the race it’s hard to see him getting across.

“If Aston Rupee begins like he did at Sandown last start then we are all racing for second. If he doesn’t then it does become a more even race.

“Our bloke is going there in great order. The run at Wenty the other night after his Meadows win the week earlier has topped him off perfectly.”

While guarded about Jungle Deuce’s claims, Smith is far more upbeat about the prospects of Miss Ezmae from her gun draw.

The three-time track record breaker blotted her copybook when soundly beaten by Topgun rival Zac’s Entity at her The Meadows debut last time out after leading.

“They’ve all but forgotten about her haven’t they?” Smith said.

“She came out of that last run with a slight injury but she responded well to treatment and trialled just off her own Bathurst 618m record since,” Smith said.

“I’m confident she’ll run a really good race. The box is a plus and her record before the last start hiccup was outstanding.”

Back in January, Jungle Deuce and Miss Ezmae launched their careers in the same maiden race at Wentworth Park.

“And here we are at the end of the year with them both invited to the Topgun,” Smith said proudly.

“After Saturday we’ll look towards the Melbourne Cup for Jungle Deuce and Bold Trease for Miss Ezmae. And with Jungle Deuce I’d be keen for a crack at the Shootout as well if he gets in.”

Smith will leave his Forbes base in rural New South Wales early on Saturday morning en route to The Meadows.

“It’s funny, people ask me how they handle the travel but they forget when I got to Wentworth Park it’s a good 5 ½ hours anyway.