NO one has experienced the highs and lows greyhound racing serves up more than Elderslie trainer David Smith during the past seven days. 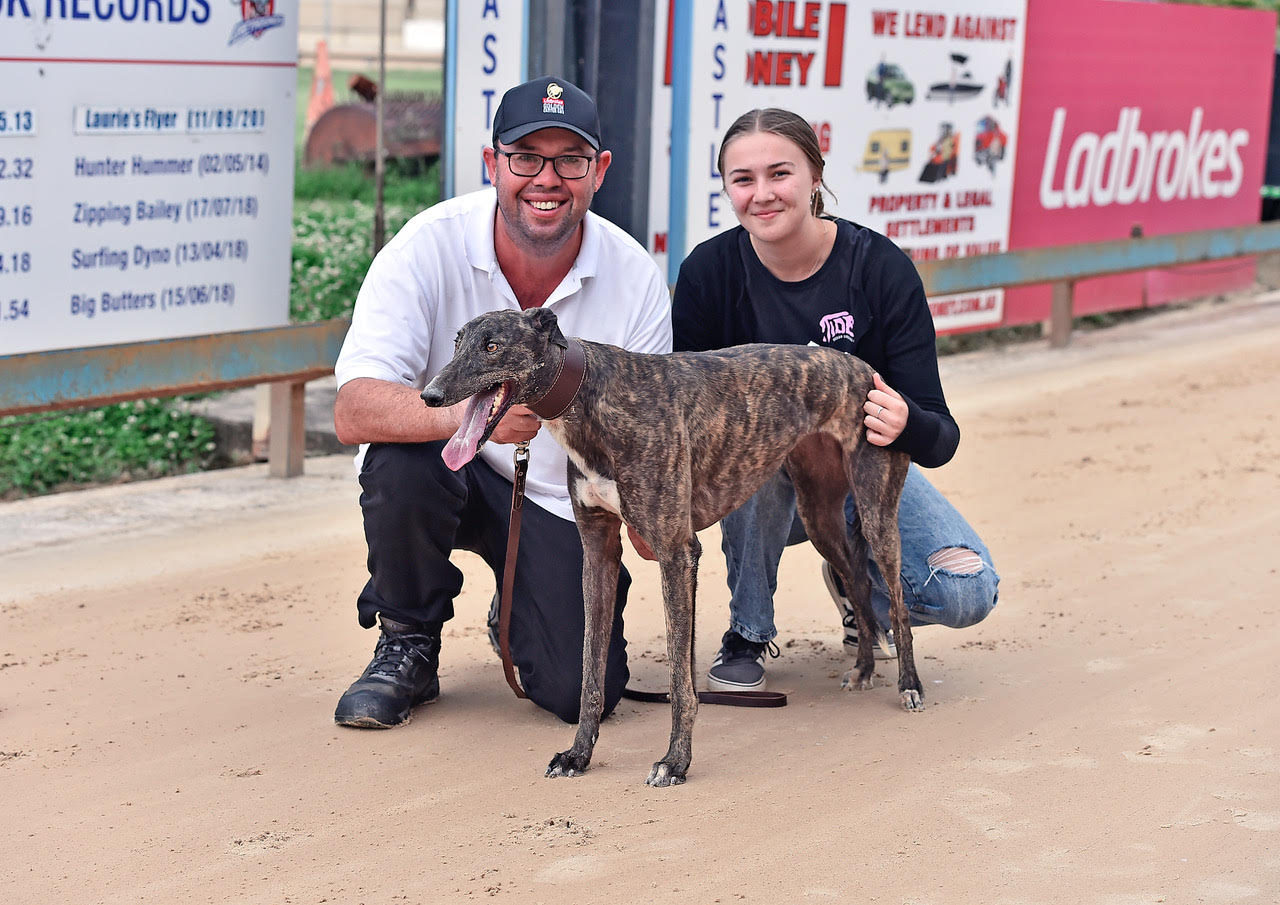 NO one has experienced the highs and lows of racing more than trainer David Smith in the past seven days.

Last Friday at Ladbrokes Gardens the Smith-trained Ice Cream Story had the Group 3 Newcastle Cup all parcelled up before tragically breaking a hock in the shadows of the post.

The victory would have been an elusive group race break through for Smith who has fallen agonizingly short on numerous occasions since acquiring his public trainers’ licence two years ago.

“That’s racing, you just have to roll with the punches and pick yourself up and go again,” said a philosophical Smith.

“I’ve watched the Newcastle Cup replay because I wanted to see what exactly happened. I can’t watch when my dogs have fallen in races but with a hock injury you go looking for answers.

“It was tough to lose the race that way but the main thing is the bitch (Ice Cream Story) is going to be okay and I’m sure she’ll turn into a top brood bitch. But that’s it for her racing.

“There wouldn’t be a trainer out there that doesn’t have a story to tell about losing one to injury. Just in this case it was a top bitch in a big race near the winning post.”

In the aftermath of Friday’s Newcastle Cup, Smith took solace from the well wishes extended from the greyhound community.

Super Estrella really put the 'super' in her name last night at Nowra!

“I couldn’t tell you how many messages I’ve received,” Smith said.

“And the trainers straight after the race were great as well. I think Minnie (Finn) wanted to give me a hug because she knows how close I’ve been to winning a group race.

“Ice Cream Story’s owner Michael Jones came down to watch the race as well with his daughter Amber – they really wanted to win the race being their hometown Cup which made it tougher.

“I’m starting to really think about what I’ve got to do to win a group race.”

Few trainers have enjoyed a more successful past two years than David Smith, picking up a swag of winners, many of which on the metropolitan circuit.

But a group win is proving frustratingly elusive.

“Super Estrella has been in five group race finals and finished in the minor placings in all five,” Smith said.

“And earlier this year we finished second, third and fourth in the Group 1 Futurity.

“Plus I’ve had three or four seconds in Group 1s. They don’t hand them out, that’s for sure.”

Following Super Estrella’s track record romp at Nowra on Monday night Smith said the star bitch’s preparations over the coming months will all be aimed towards the inaugural ‘The 715” at Ladbrokes Gardens next June.

“She’ll probably have a few more starts including the Christmas Cheer at Wenty on Saturday night before having a little break,” Smith said.

“It’s not until June but for that kind of money you need to start looking towards it now and making sure she’s at the top of her game.”

The recently announced ‘The 715’ carries a first prize of $500,000 making it the world’s richest staying event.