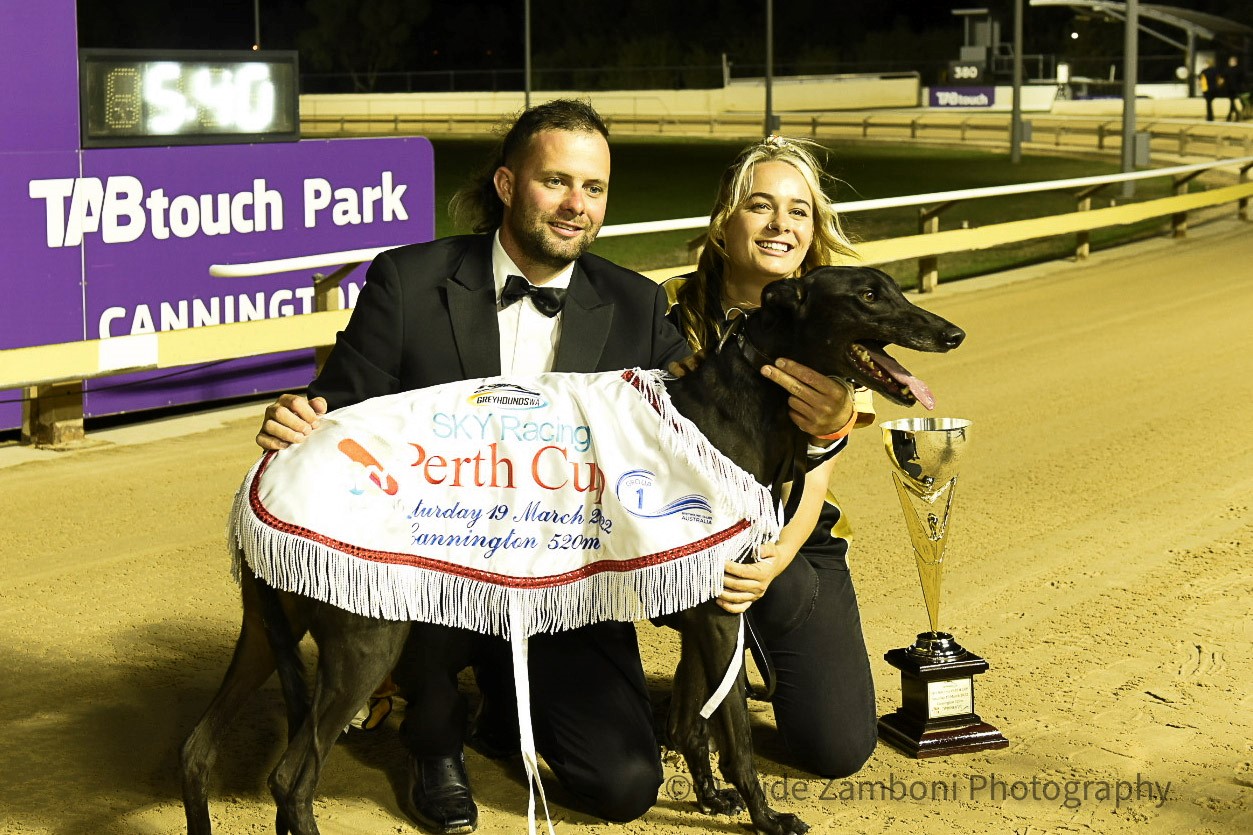 Jumping from box five, Vice Grip defied the expected map to lead through the first turn ahead of outsiders Archibald and Speed Bandit.

From there, he was never threatened, extending his lead at every post to land Western Australia’s biggest race by almost seven lengths in 29.42.

The time was 0.12 seconds faster than his previous best time at the track, and slashed 0.20 seconds off Orson Allen’s race record.

Congratulations to Adam Smithson for taking out the 2022 Group 1 SKY Racing Perth Cup Final with his greyhound VICE GRIP. pic.twitter.com/EHJhB02Jne

“I’m lost for words to be honest,” the 28 year-old Smithson told Leia Ernest following the win.

“He did everything right, he speared to the front and made his own luck. Down the back I thought wow, is this really happening. I’m still in disbelief, I can’t believe it’s happened.

The well-travelled Vice Grip began his career in Victoria and raced in Tasmania and the Northern Territory before finding his way to Western Australia.

After three years of Victorian domination of the race, WA trained greyhounds filled the minor placings with Archibald running second and Rostered Off, a litter brother to Vice Grip, running third netting owners The Four Frothys syndicate a further $21,250.

Adam Smithson spoke with @leiaernest1 immediately after the win of Vice Grip in the Perth Cup. pic.twitter.com/Nk9IB7Q01t

Favourite Lala Kiwi found early trouble and was never a factor in the race, finishing seventh.

The series favourite and fastest qualifier for the $143,000 final, Mambo Monelli stepped well before brilliant acceleration to find the front through the first turn.

His second split of 15.63 was 4/100th of a second under the 275m track record (run from the same boxes) and open a three-length lead over Knicks Bale with a lap to run. 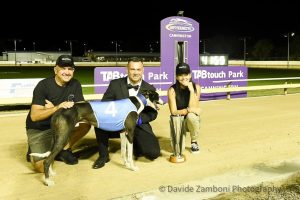 Passing the 715m boxes for the final time, Knicks Bale had peaked on his run as Mepunga Ruby and Zipping Virginia made their moves, however they could not reel in the lamplighter, Mambo Monelli proving too good to win by 2¼ lengths in 41.59.

Trained by leading local trainer Steve Withers, Mambo Monelli has now won his last six starts and 10 from 11 the start of December 2021.  He is undefeated in his three attempts at the ‘half-mile’, and the $100,000 first prize took his career earnings beyond $237,000.