CUDAL trainer Amanda Ginn has no qualms about telling anyone and everyone she "spoils rotten" an about-to-turn-two year old bitch called Shadea. 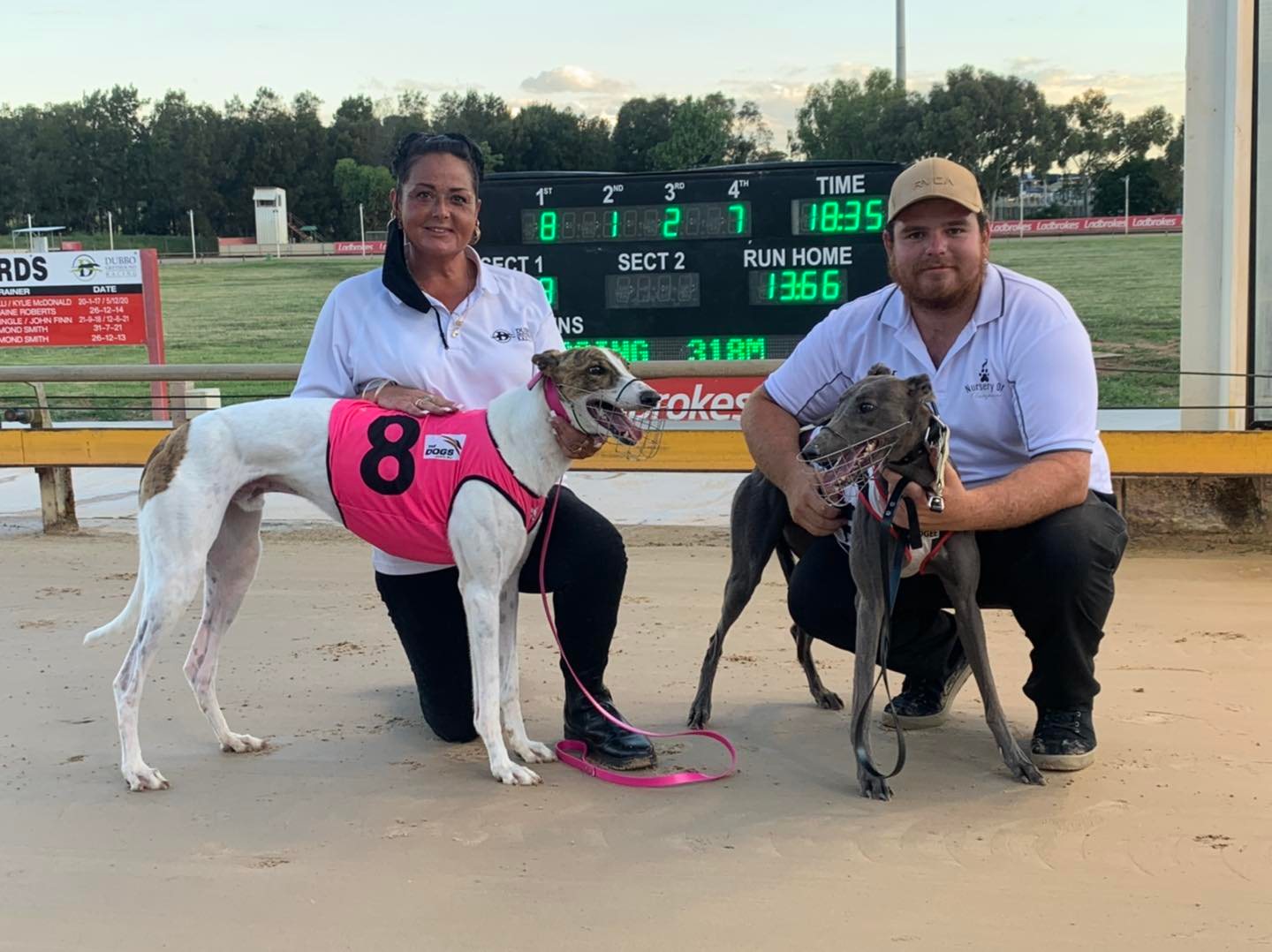 CUDAL trainer Amanda Ginn has no qualms about telling anyone and everyone she “spoils rotten” an about-to-turn-two year old bitch called Shadea.

She is a daughter of the great Fernando Bale and former top class staying bitch Kanzan and raced by breeder Clint Payne and mates which comprise the Quaddie Boys syndicate.

“She’s a joy, an absolute joy,” is how Amanda beams about Shadea.

It is no wonder the bitch gets such treatment considering she has won five of her seven starts to date, all of them over 400m and 450m but it is over distance her connections believe will be her forte.

Kanzan (Dyna Double One-Asterix) was a group class stayer and from the Wheeler direct damline.

“I’ve got four of the litter for Clint and the boys,” said Amanda. “And Kanzan is a spoilt rotten pet at home as well.”

Shadea is on a mission to head towards Wentworth Park.

“I will give her one more 450 metre race, probably at Bathurst, but she will trial over 500 metres and then go to town within the next month,” said Amanda.

Amanda has 27 dogs in training and 55 on her Cudal property.

While she raves about Shadea, she also believes litter brother Galah, the only male in the litter, has outstanding potential as well.

“He has won three out of four for me and in ability he and Shadea are pretty close,” she said. “But, he has a wonderful nature and that may prove his biggest asset in the long run.”

Shadea was named after the thoroughbred version, that high class race mare going on to glory as the mother of legend Lonhro, the winner of 26 races and $5.7 million.

“Clint (Payne) names all his dogs with a thoroughbred theme,” said Amanda.

Payne is a leading racing writer for Racenet.

Kanzan has since produced a two dog litter by Zambora Brockie whelped in March 2021.

“They were huge pups when born,” said Amanda. “There is huge hopes for them as well.”

Of Shadea, Amanda simply says “I don’t know how good she is or could be”.