SPORTSBET have donated a cool $188,000 to the Victorian Greyhound Adoption Program after Wow She's Fast's The Phoenix triumph. 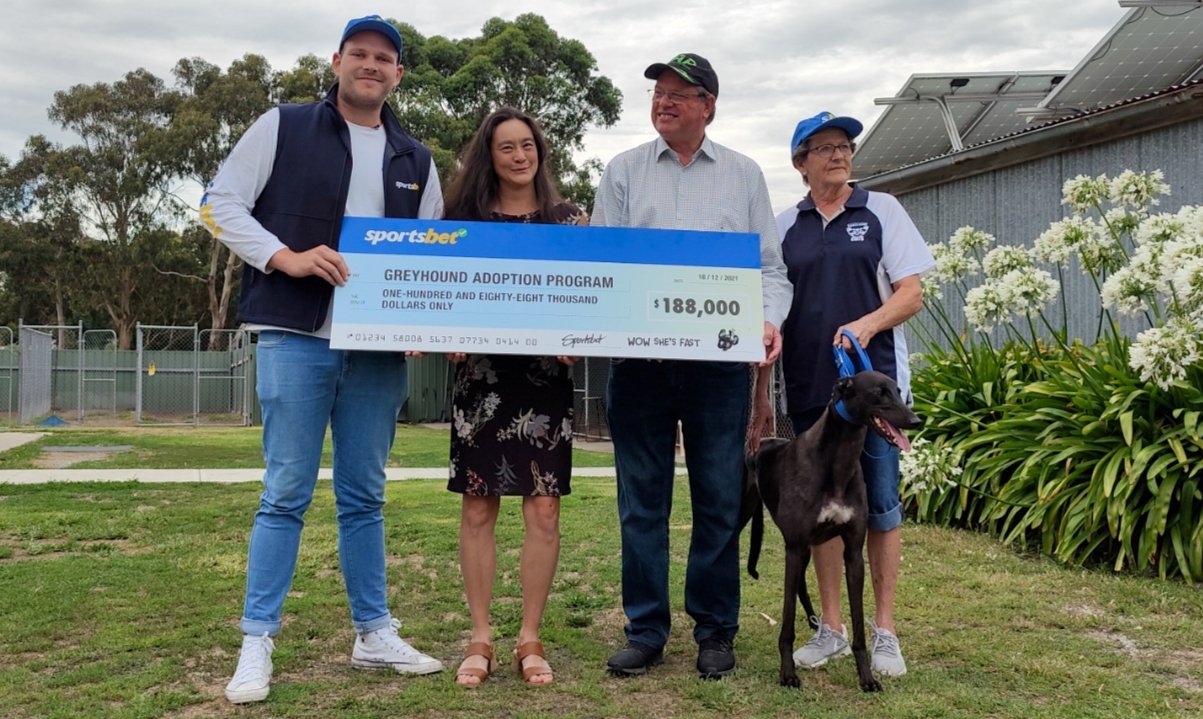 SPORTSBET has presented a cheque for $188,000 to Victoria’s Greyhound Adoption Program, honouring a pledge made ahead of her historic The Phoenix victory at The Meadows last December.

Despite having just six career starts to her name, Sportsbet selected Wow She’s Fast as their representative in the inaugural running of the slot race.

Greyhound Racing Victoria CEO Alan Clayton said that the donation would be spent on building a support network for people who have adopted retired greyhounds, as well showing the wider community the virtues of the greyhound breed.

“We’re hoping to get walking groups up right around Victoria,” Clayton said.

Sportsbet’s Patrick Garshagen said that his organisation was proud to not only be part of a historic night for the sport of greyhound racing, but that their donation will have a meaningful impact on the Greyhound Adoption Program’s work.

“We’re stoked to see how the Greyhound Adoption Program plan to use this donation. Community groups and education to the public can only benefit the dogs in the future as they move from racing to retirement.” 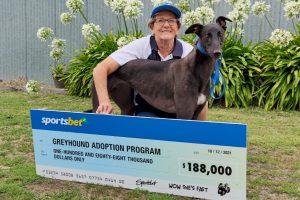 Wow She’s Fast’s trainer Jackie Greenough said that while winning the Phoenix provided a thrill for connections, the donation from Sportsbet and this impact it will have on the Greyhound Adoption Program’s work was especially satisfying for both her and connections.

“I’m really happy to have played a part, it’s sensational,” she said.

“The Greyhound Adoption Program is our future because it keeps the public happy and the participants happy because they know their dogs are going into beautiful homes.”

Wow She’s Fast has only had one start since winning The Phoenix, but will return in coming weeks for a tilt at the Launching Pad – greyhound racing’s first slot race – in March.