A plumb box one draw is expected to see exciting juvenile Sprint Gordon return to the winner’s list at Launceston on Monday night. 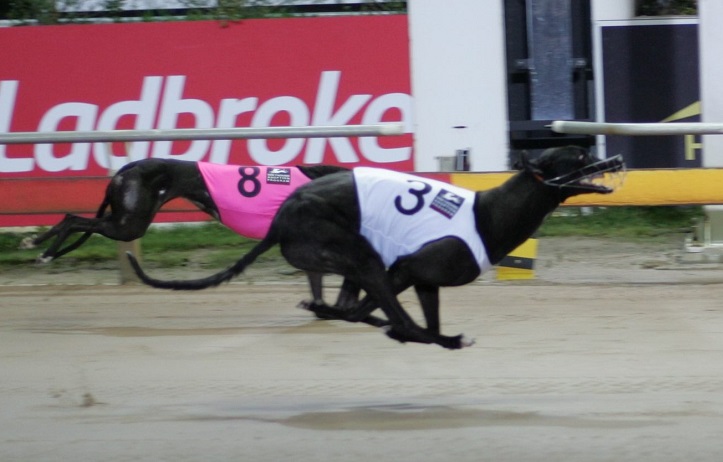 A plumb box one draw is expected to see exciting juvenile Sprint Gordon return to the winner’s list at Launceston on Monday night.

A two-time winner from 10 career starts, the son of Spring Gun was a tidy second at Launceston last Monday from box five, with the shift to the red this week expected to see the classy youngster through.

His trainer Blake Pursell enjoys a terrific strike-rate at the Launceston circuit. Over the past 12 months the Brighton trainer has won 19 races from 88 starters at the great strike-rate of 22%.

While Sprint Gordon is dominating early markets at around the $1.60 mark, his closest rival in betting is the Ricky Martin-trained Flash Comet, the daughter of Dyna Double One heading into the race as the winner at six of her 21 starts.

Currently a $3.60 chance, Flash Comet has won four of her 10 outings at the Launceston circuit, including a nippy personal best time of 29.81.

Back in March, she began her career in terrific fashion, with big odds heat and final wins in the Launceston Breeders Classic (515m).

For Pursell, he’ll be looking to land victories in the first and last legs of Monday night’s quaddie when Like ‘Em All, an older half-sister to Sprint Gordon, takes her place from box five in race eight of the program.

A six-time winner, Like ‘Em All finished second as a $1.55 from box one last Monday night.

Expected to go around at around the $3.70 mark this Monday from the trickier draw, Flamenco Baroque (box 1) and Flippin’ Paw look two of the major chances.

The fast class race of the program is the sixth, a 3/4th grade event over the 515 metres.

Grand campaigner Apollo Blue – an 18-time winner – takes his place from box one for Butch Deverall.

A winner on seven of 15 occasions when wearing the red rug, Apollo Blue takes on a strong field, where the race favourite will be the Paul Hili-trained Nitro Sambar from box six.

A sizzling last start 25.68 Devonport winner, Nitro Sambar has won nine of his 20 starts and on times only needs to offset a tricky box six draw to claim victory.

Early markets have him nice and short at around $1.60.