IF star brothers Mr. Fix It and Do It fail to fire in heats of the Flying Amy Classic at Albion Park on Thursday night; it won’t be due to bad box draws. 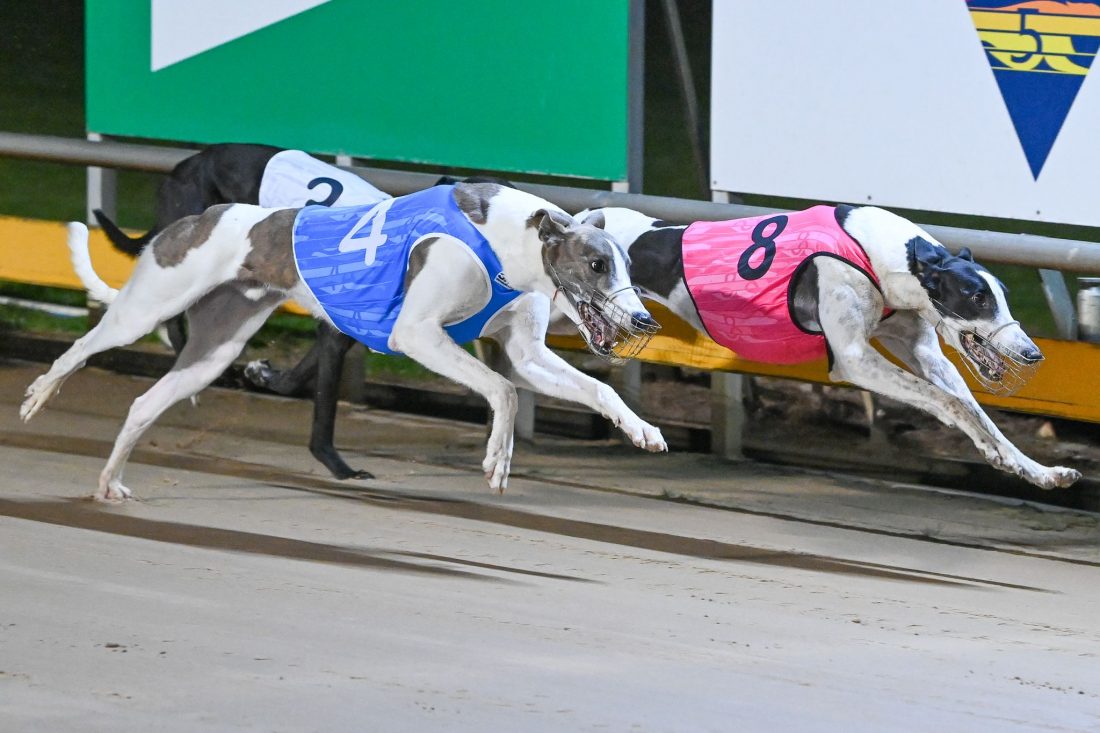 IF star brothers Mr. Fix It and Do It fail to fire in heats of the Flying Amy Classic (520m) at Albion Park on Thursday night; it won’t be due to bad box draws.

That’s the summation of leading Victorian trainer Jeff Britton who sent the pair north earlier this week for a tilt at the $75,000-to-the-winner showpiece.

“They’ve had a walk around the track but we can’t complain about their boxes – drawing one and two – it’s given them a chance,” Britton said.

Five star-studded heats will be run and won at Albion Park on Thursday night which pays tribute to arguably Queensland’s greatest ever greyhound export, Flying Amy.

Do It will step out from box two in heat three of the Group 2 series while Mr. Fix It goes around as an odds-on favourite from box one a race later in heat four.

In recent weeks the sons of Fernando Bale have been in spectacular form at home in Victoria, all but forcing Britton’s hand at a crack at the age restricted series.

“They’ve been going great in strong races and earned their shot at the race,” Britton said.

“And the Brisbane Cup is on at the end of the month so the experience at the track now will do them good for when that comes around.

“The box draws mean there’s no excuses but the trip away and first time at the track is a query with both of them. We’ll know a lot more after tonight but class wise they’re definitely up to it.”

Mr. Fix It, winner at 12 of his 30 career starts, goes into the Brisbane feature on the strength of a close up second to powerhouse chaser Christo Bale at The Meadows last Saturday night.

“There was no shame in getting run down by Christo Bale on Saturday night and box one is a huge plus for him on Thursday; providing he handles the track.”

Do It begins his Brisbane campaign boasting 10 wins from 30 starts, the most recent of those victories a sublime 29.15 romp at Sandown Park two starts back.

Currently the $3.10 second favourite for his Flying Amy heat, Do It runs into a red hot Qwara Bale ($1.90) which got the better of him last week at Sandown Park.

“Do It’s totally different to Mr. Fix It – he’s full on in everything he does,” Britton said.

“Qwara Bale is obviously going to take plenty of beating but he’s proven he can run the time when he gets the start right.”

In the next few days, Britton’s formidable team will begin tackling Pink Diamond races throughout Victoria, with a number of that contingent out of his prized stud dog Mepunga Blazer.

“He’s got some really nice pups coming through,” Britton said.

“We’ve got some smart first starters in at Geelong on Friday night which are showing a bit but we’ve probably rushed them a little bit to be ready for these races.”