The Western Districts Derby has become one of Victoria’s premier aged events with four of the last five Melbourne Cup winners contesting the race. 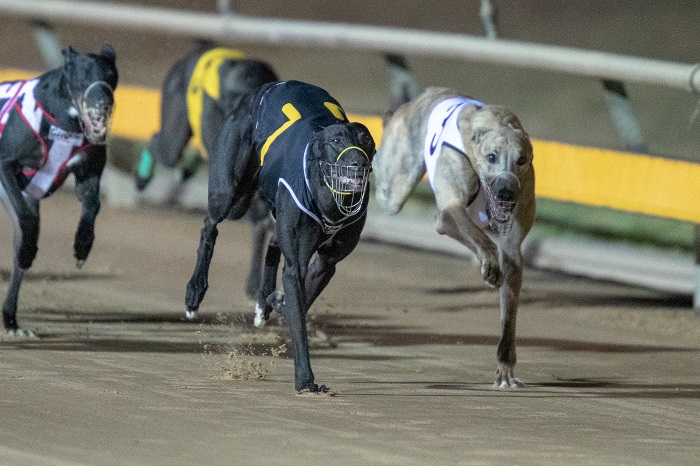 The Western Districts Derby has become one of Victoria’s premier age restricted events with four of the last five Melbourne Cup winners contesting the series, while the 2021 final was won by Music Event with group race winners Aston Rupee, Aussie Secret and Ferdinand Boy finishing behind him.

While just 27 nominations were received for the Listed event, quality runs deep with a number of group performed greyhounds eyeing the $20,000 first prize.

In the night’s opening heat, two of the oldest and most experienced greyhounds in the series, Kinson Bale and Paddy Wants Pats, dominate the market.

The ultra-consistent Kinson Bale, placed in both the Melbourne and Warragul Cups, returns to Victoria after running seventh in a heat of the group 1 Gold Bullion at Albion Park. It was the first time in 15 starts that the Sam Grenfell trained sprinter had missed a placing but looks well placed in box two in this heat.

Paddy Wants Pats has reeled off some tremendous victories of late, including a 29.26 gallop at Sandown Park followed by a 25.39 effort at Warragul and is no stranger to top grade racing in town.

In heat 2, group 1 National Derby finalists Zara’s Ivan and Boston Garden have drawn boxes 8 and 1 respectively. The pair met in a heat of the Wentworth Park classic, with Boston Garden prevailing from the inside draw and that again looks key in this contest.

Compliance had little luck in Sydney but prior to that campaign had consistently shown brilliant early speed, leading all but the final strides in the group 1 Silver Chief in January. Despite drawing box 4, the son of Black Magic Opal has the early speed to lead this heat for a long way.

Silver Chief winner Zippy Tesla is favourite for heat three but will need an ounce of luck early given his lack of early speed. Mepunga Mustang showed his class when running 29.18 at Sandown Park last October before being sidelined for six weeks with injury. He’s won three of his four starts over a similar distance since resuming and with an empty box inside him looks the likely leader.

In the final heat, Decimate will start the short favourite after drawing box one.

The son of boom sire Aston Dee Bee, Decimate enters the series on the back of four consecutive victories including an impressive 29.48 effort at Sandown Park last time out.

He’s won two of three this track and distance and two of three from box 1. His trainer, Jason Thompson, boasts a 41% winning strike rate at Ballarat over the past 12 months and there’s no reason he won’t improve on that record here.