Statford All The Rage For Grand Prix Decider 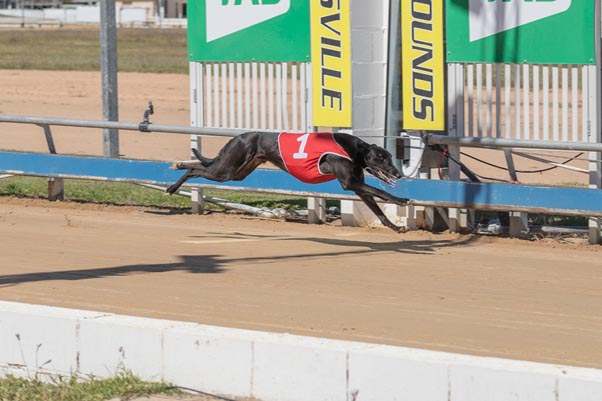 TOWNSVILLE star Stratford goes into Tuesday night’s Grand Prix Final (498m) the raging hot favourite amid a “stern difference of opinion” between his owner-trainer Rhonda Essery and her husband Steve.

“Steve wants me to head to Brisbane with him for the Nationals,” said Rhonda.

“I’m more inclined to keep him at home even though he has won in fast time down there.”

Stratford won the Country Cup at Albion Park and downed Steve Kavanagh’s Group star Louis Rumble in 29.96 back in February.

He is drawn to perfection in the Grand Prix drawing the eight the box from where he has won four of his past eight.

“His kennel name is Romeo and I absolutely love him,” said Rhonda.

Rhonda is already planning to breed a litter of two by Stratford “down the track”.

“Townsville closes down for three weeks after Tuesday night for the local show,” she said. “He can have an easy week and then we will head to Rockhampton for a top grade late in the month and then into the Grand Prix there on July 6.”

“I’m told the m other (Jingjing) has just produced a litter to Aston Kimetto and I’ve put an order in for a dog and a bitch,” said Rhonda.