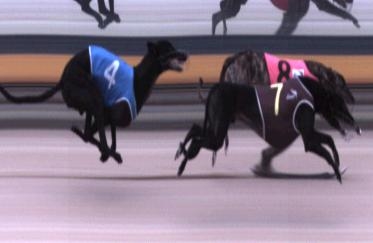 Earlier this week, the Greyhound Recorder reported that trainer Darrin Croser had lodged an official objection with GWIC stewards, after his bitch Zetland Girl was judged to have been beaten a nose for first by Maldini in race four at last Friday’s Goulburn meeting.

Following receipt of the complaint, GWIC chief steward Wade Birch promptly convened an inquiry into the matter on Friday morning, which concluded that the result would be adjusted to a dead heat following closer examination of the information available.

The decision means that Maldini and Zetland Girl will now share the result for first place.

“The stewards panel commenced an enquiry into the race results and conducted a hearing on Friday 18 February with both the trainer and the race judge, Mr Ken Booth, present,” Birch said.

“Stewards reviewed the race footage, and further enhancements were made to the image of the finish using the internal capabilities of the FinishLynx system.

“After viewing the image with the benefit of these enhancements, Mr Booth sought to amend the placings under Greyhound Rule 63.

“After considering the submissions made by Mr Croser and based on their own observations of the image of the finish of event, Stewards acceded to the request of the Judge and amended the placings.

“The race results have now been formally amended, resulting in a dead heat between Maldini and Zetland Girl, with Apollo Speed and Sonny Daze coming in third and fourth place respectively.”