PAUL Stuart is extremely bullish about the prospects of Campini in Saturday night's Group 1 National Sprint Grand Final after gaining a start as second reserve. 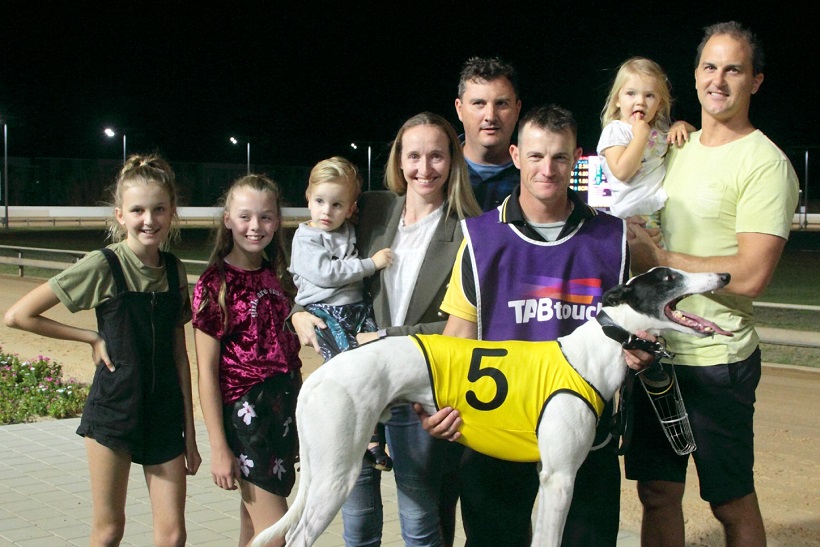 Stuart’s well-bred duo Starlight Yoyo and Campini were initially the reserves for the Sprint Grand Final after running second and third respectively to Chris Halse’s Premium Share in the WA State decider.

But both have been elevated into the field in remarkable circumstances.

Starlight Yoyo was first in after Orson Allen, the wild card, sustained a career-ending injury in the Victorian Final and then on Wednesday afternoon Stuart received his second pleasant surprise with Campini to replace scratched South Australia rep Ebby Lamar.

“Getting two dogs into a Group 1 off the reserves’ bench would be very rare,” said Stuart.

“But with the longer break before the Nationals I suppose anything can happen in two weeks.

Stuart is extremely bullish about second reserve Campini, a December ’16 son of KC And All and Fantastic Dotty, which was an impressive 29.67s best of night winner at Cannington last Saturday, his 13th win from 27 starts.

“Campini is absolutely airborne at the moment,” Stuart said.

“He’s just going super and with any sort of luck he won’t be far away.

“Last week he was last or second last early but then took off down the back and made them look silly in 29.67s, coming from behind and getting into trouble.

“He can’t draw a box, especially when it counts.

“It was pointed out to me this week that in his last 21 starts he’s drawn from five outwards 16 times. He had a good run with boxes early doors but it’s got worse as he’s gone up in grade but I’m just happy he’s in the race.”

While the box draws for Stuart’s finalists won’t be confirmed until race morning, Campini is on the third line of TAB betting at $5, behind Victorian Black Opium, the $2.40 favourite, and fellow local Premium Share at $4.60.

“Starlight Yoyo is a bit more reliable early and has a better racing pattern but she’s not as fast as Campini,” Stuart offered.

“She’s a fast dog in her own right but he’s better!

“But she did beat Campini in a free to all about a month ago so she’s definitely capable.

“Ideally I hope Campini gets the six and Starlight Yoyo draws eight. Campini comes out and crashes left and if he’s in the eight he’ll just collect everything on his inside, whereas if Starlight Yoyo is on his outside she should get a clear run.

“I actually think Black Opium is a false favourite.

“Premier Share, which is on Black Opium’s outside, is a very good dog, and he’ll be putting pressure on Black Opium and she mightn’t like it.

“A lot will depend on where my two draw. The race is a lottery and without being disrespectful, the Nationals are probably among the weakest Group 1s each year so it’s a really interesting race.”

While Stuart has a National Distance trophy on his well-stocked mantelpiece courtesy of the mighty Miata reigning supreme on a freezing Hobart night in 2012, the Sprint Championship hasn’t been as kind.

“Pedrosa ran fourth at Angle Park in 2010 and then the next year at Albion Park Pedrosa drew box one but I had to scratch him after he was injured in a trial.”