THE scene is set for an epic finale to the Group 3 Warragul St. Leger after three heats of the feature event were run and won on Friday night. 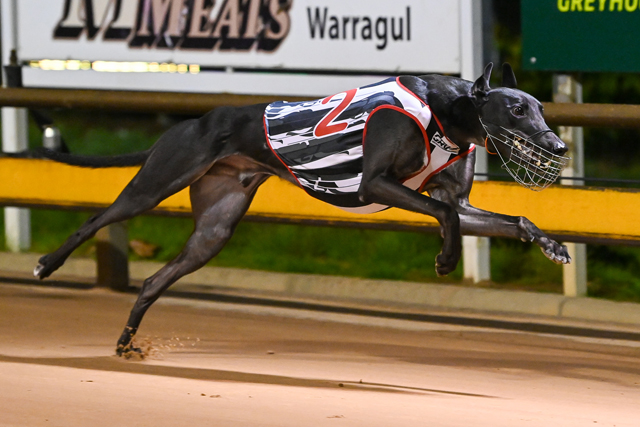 THE scene is set for an epic finale to the Group 3 Warragul St. Leger after three heats of the feature event were run and won on Friday night.

And not surprisingly it was the Jason Thompson-trained Zambora Smokey which set the time-standard for the $25,000 to-the-winner feature with a flying 25.54 performance.

Showing blinding speed throughout his 460 metre assignment, the Warrnambool Cup winning son of Zambora Brockie was just sublime in progressing through to Saturday night’s final, where he’ll exit box three.

Now a winner at 18 of his 26 starts, Zambora Smokey is unbeaten in five Warragul appearances but to keep that record intact will need to overcome a classy group of sprinters on Saturday night.

And they are headed by the Matt Clark-trained Catch The Thief which took out the third heat in 25.62.

The son of Aussie Infrared made light work of box six to charge to the front and set up a race winning lead over Weblec Jet to score by 2 ½ lengths.

The WA Derby hero has drawn box two for the final with the match-up between two of Australia’s brightest young sprinting stars one worth salivating over.

And not to be forgotten either is Fire Legend, winner of heat two for Jason Thompson in 25.68.

Showing plenty of grit and determination to charge home late and defeat leader Phantom Call by just under a length, Fire Legend is a winner at 15 of his 29 starts where he’s proven he can mix it with the top brass of the sprinting ranks.

Just three and four runs back the son of Fernando Bale finished runner-up to Simon Told Helen and Shima Shine in respective performances that further underline he’s right in the mix for this weekend’s feature final.