DARREN Sultana heads to Ladbrokes Gardens this Friday in his quest to settle some unfinished business when Black Forge steps out in the Group 2 Black Top. 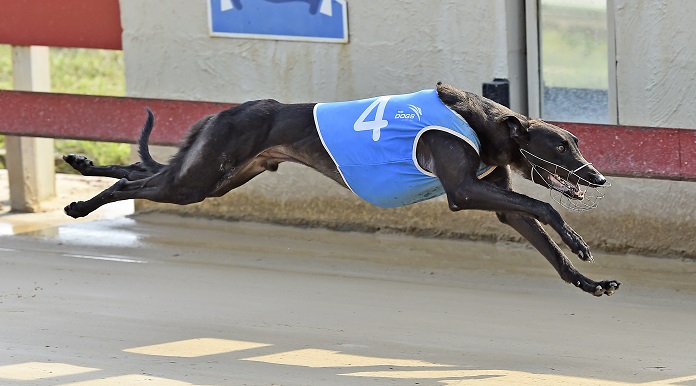 TRAINER Darren Sultana journeys to Ladbrokes Gardens this Friday in his quest to settle some unfinished business when Black Forge steps out from box eight in the third heat of the Group 2 Sires On Ice Black Top (515m).

A rampaging 29.36 heat winner of last year’s Black Top series, Sultana was left with no choice but to scratch the son of Fabregas from the rich final after injuring himself in a kennel mishap on the Monday leading into the race.

Ironically, the 23 race winner had been installed favourite for last year‘s final after drawing ideally in box eight, with the greyhound that took his place in the flagship event, Caitlyn Keeping, going on to win the race in all-the-way fashion.

“As soon as the draw came out and I saw he had eight it was the first thing I thought back to,” said Sultana, reflecting on last year’s wretched bad luck with his star chaser.

“It is a bit of unfinished business after what happened last year, 12 months feels like it’s come around quick.”

Winner at 23 of his 44 starts, including another 15 placings, Black Forge returned from an eight week break to cruise to a stylish Wentworth Park victory on Saturday night in 29.99, confirming the Group 2 Maitland Cup winner was right on track for a second Black Top tilt.

“He got a ticket at Grafton when he won there in June but looking back it was my fault, I shouldn’t have taken him there but you live and learn,” explained Sultana.

“Before the Maitland Cup he hadn’t looked like doing anything like that so I’ll stick to where he’s comfortable and what he’s familiar with where I can.

“I was really happy with how he went on Saturday night because I’ve had to rush him a bit to get him ready for the Black Top. He had a box-to-box at The Gardens today (Tuesday) and ran what you’d hope he’d run. He’s got his box Friday.”

Early betting with TAB has Mystic Riot a $2.30 favourite ahead of Black Forge at $2.70.

Four action-packed heats of the Black Top are set down for decision on Friday, with first and second from each of the qualifiers progressing through to next week’s $40,000 to-the-winner group 2 final.

The opening heat sees the likes of Good Odds Buddy, Double Back and Nangar Diva match motors, while the second qualifier will see Sorry Scott start favourite for Andrew Crouch.

The Black Top has been The Gardens’ flagship event since the opening of the complex back in 2005 … the inaugural series won by Doreen Drynan’s former top flight sprinter Buddy Rich in a then track record 29.41.