PAUL McIlveen landed a winning treble from three starters at Bundaberg on Monday and one of those, Sunshine Delight, broke the 550m track record. 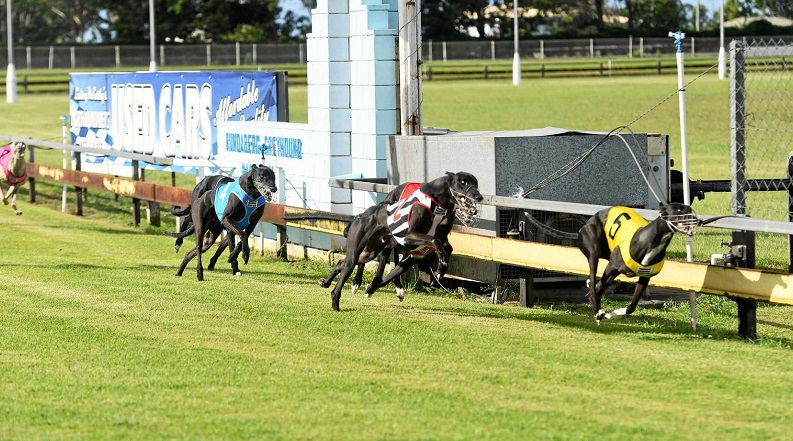 BEACHMERE trainer Paul McIlveen landed a winning treble from three starters at Bundaberg on Monday and one of those, Sunshine Delight, broke the 550m track record.

“And you know what, I had all three in an all up,” said McIlveen. “So, it’s a pretty pleasant trip home.”

All three were bought in a package deal by McIlveen from long-time friend Sean O’Connor who had decided to get out of greyhound racing.

Sunshine Delight (My Redeemer-Lemon Sunrise) led throughout to win a heat of the 550m Young Guns by 13 lengths in 30.91 eclipsing the previous record held by It’s A Rush of 30.96 set last year.

“He tries so hard it is difficult to do much with him because he can come up with niggling injuries.

“I knew he could go close to the record because he had drawn perfectly in the two box and I was confident he would lead.

McIlveen paid $5000 for Sunshine Delight at 13 months just before he was about to go to breaking in.

McIlveen’s other two winners were his staying star Bad And Boujee and I’m The Bill.

“I’m The Bill is the fastest of the three, but he is not a good beginner,” said McIlveen.

All three were being tested at Bundaberg for the up-coming Group 3 Bundaberg Cup (550m) on March 21 and 28.

“Bad And Boujee was a very good run even though she ran only 31.47,” said Paul. “She got pushed off the track during the run.

“She will freshen up nicely for the Cup series in a few weeks.”