SIBLINGS Zipping Conway and Zipping Kansas, two of the brightest juveniles in racing, clash at Bulli on Tuesday in the Jimmy Jenkins Memorial. 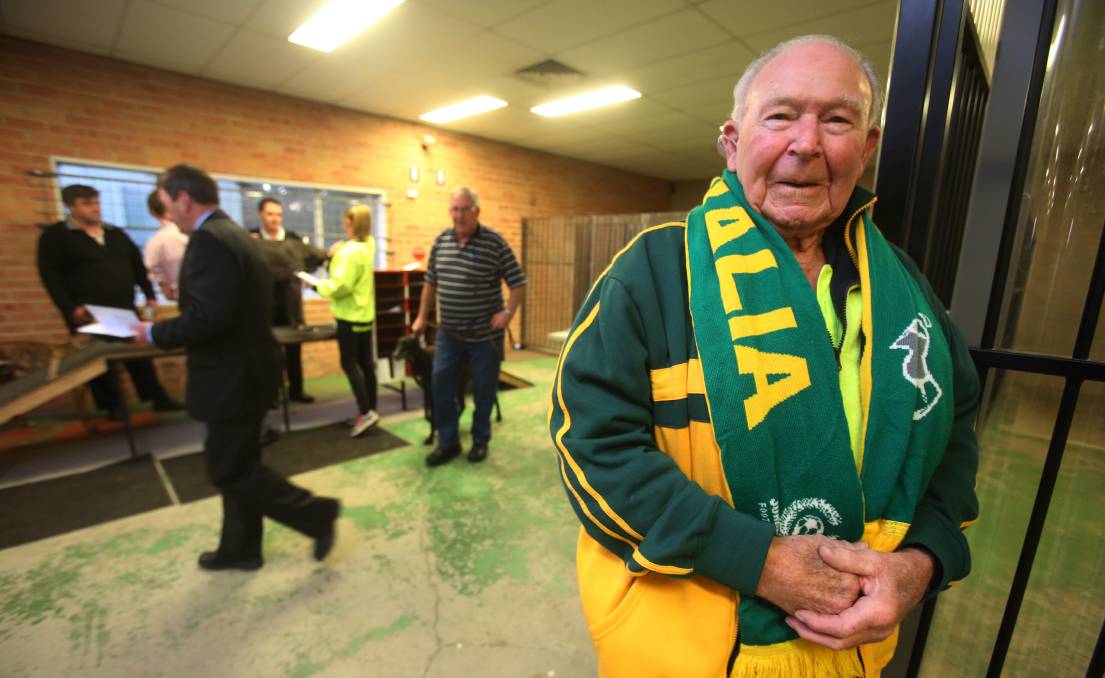 SIBLINGS Zipping Conway and Zipping Kansas, two of the brightest juvenile stars in greyhound racing, clash at Bulli on Tuesday night in the Jimmy Jenkins Memorial over 472m.

This inaugural event celebrates the life of former Socceroo Jimmy Jenkins – a man who dedicated more than 50 years of service to greyhound racing and, especially, the Bulli Club.

Though litter brother ‘Conway’ won in quicker time (25.99), Zipping Kansas showed his absolute quality by overcoming a slow start (from box six) to reel in Lagoon Samuel mid-race and score by 2 ½ lengths.

In his heat win, Zipping Conway was quickly in control from box eight and he maintained a clear advantage over the smart Blue Moss from the first turn to score by just under five lengths.

“Conway broke in the quickest and Kansas was only fourth ranked early on,” owner-breeder Martin Hallinan said.

“I know the race means something to the Magri family – it’s a great tribute to Jimmy Jenkins, he dedicated his life to greyhound racing.”

Bulli Manager Darren Hull worked side by side with Jimmy Jenkins.

“When I started here in 2013, Jimmy was 92 at the time and had worked at Bulli in many roles for close to 50 years and was still highly active,” Hull said.

“I had only been here for a couple of days and Jimmy rang me up and asked if I was the new manager and that he was having a bit of trouble with the GBOTA and could he come over and speak to me about it.”

The ‘trouble’ was that the club was seeking to pay Jimmy for his work but he wanted to be a volunteer.

“He ‘lost’ that battle but such was his love of the job and the people he considered family, he was prepared to work for free as money was a bit tight,” Hull added.

“Jimmy told me he was here when Bulli was formed. That came about after the Bowral Greyhound Club folded and handed their licence in and Bulli applied for that licence.

“He’d be the first one here on race night and the last to leave after helping lock up. Each week he’d jump in his car at midnight after the race meeting and drive home.”

Jimmy worked at Bulli until he was 96 and still going strong when, unfortunately, while visiting a neighbour (who wasn’t home) he fell down the steps there and broke a bone in his spine.

Amazingly, late at night, he crawled across the road back home to contact his daughter.

The unbeaten run for one of the two star youngsters will end – maybe both – but punters will side with the pair and it’s advantage Zipping Conway for mine.