INAUGURAL Million Dollar Chase winner Mystic Riot seems to save her best for this time of the year having just whelped a litter of puppies to Superior Panama. 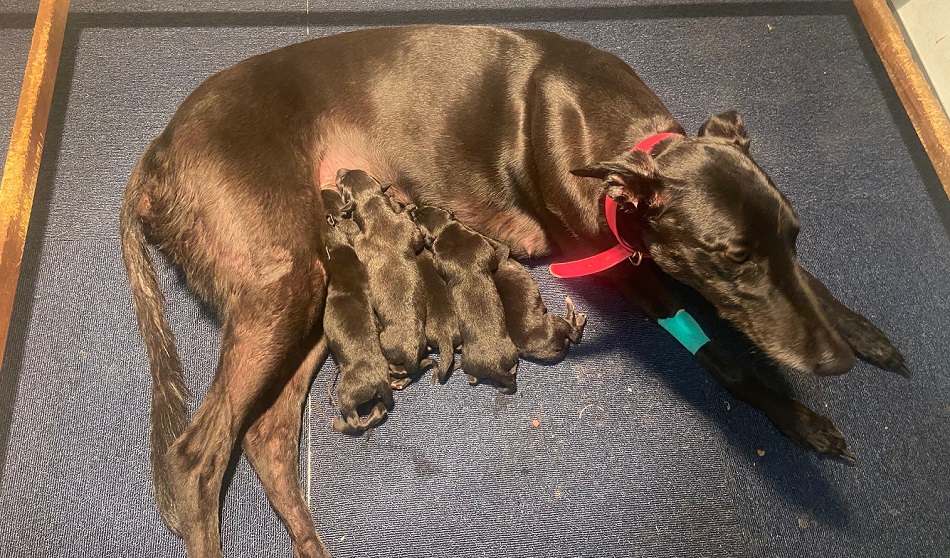 INAUGURAL Million Dollar Chase winner Mystic Riot knows when to save her best.

The daughter of Barcia Bale and Ready To Riot, winner of the 2018 Million Dollar Chase, has just whelped he first litter of eagerly awaited pups.

On Tuesday, she whelped four dogs and two bitches to star US stud dog Superior Panama.

The bitch, trained by both Anthony Azzopardi and Peter Lagogiane, raced 36 times for 12 wins and six placings, earning Colin and Sandra Bermingham $1.056 million.

She was also a finalist in the Brisbane Cup, Richmond Oaks, Black Top and The Ambrosoli.

“They are just one day old and all feeding well,” said Col.

“At this stage we have made no firm decisions about them but there is a chance a couple of dogs will be for sale down the track.”