THE first offspring of former star racer Big Butters steps out at Richmond on Wednesday afternoon with Sort Of Sweet debuting in race six on the card. 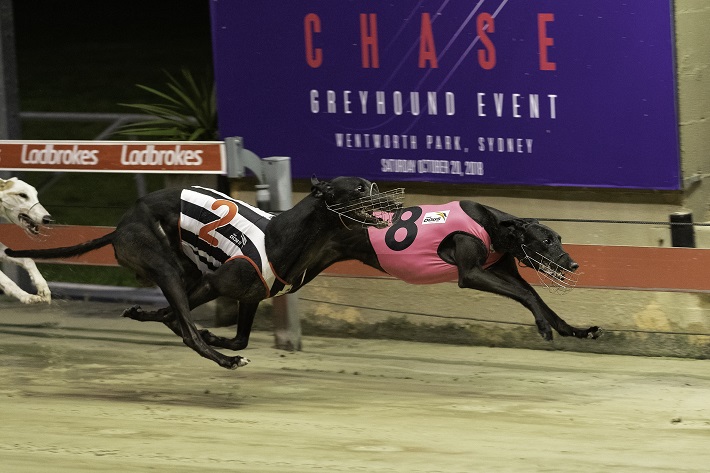 THE first offspring of former star racer Big Butters steps out at Richmond on Wednesday afternoon with Sort Of Sweet debuting in race six on the card.

On the track Big Butters was an all-distance dynamo, winning 28 of her 63 starts, with a finals berth in the inaugural TAB Million Dollar Chase included on a list of career highlights.

And while her racetrack deeds will prove mighty hard to surpass, early indications are that the prolific winning chaser is poised to more than hold her own in the breeding barn also.

Back in December 2019, the daughter of Spring Gun produced a litter of 10 to generational sire Barcia Bale, the first of which steps out in heat four of a 330 metre maiden series at Richmond on Wednesday.

Sort Of Sweet, drawn box seven, is owned by Greg Sprod and trained by Andrew and Adam Crouch, who put the polish on Big Butters during her decorated career.

“We’ve got four of the litter and it’s uncanny how similar they are to their mum,” Adam Crouch said.

“We always said we wanted another ‘Butters’ but as far as at home goes we’ve got four of them. As for on the track they are still only 17 months old but I’m really happy with how they’re going.

Sort Of Sweet has been well supported for Wednesday’s debut assignment, backed from $2.30 into $1.80.

“We generally wouldn’t start them this young but it’s got to the point where we either keep trialling or race,” Crouch said.

“We expect her to go well but she’s having her first start, has box seven, and is only 17 months old. There’s a bit there to overcome but she’s showing ability.”

In the coming weeks and months it’s anticipated this exciting litter will make a name for themselves.

Big Butters’ owner Ayden O’Donnell owns six of the 10 which are showing above average ability.

“I can only speak about the four we have and can say we’re really happy with where they are at,” Crouch said.

“And they are going to be strong as well which is no surprise.”

Big Butters has a second litter on the ground, nine pups to Kinloch Brae which are six months old.

It’s understood Fernando Bale is in the mix for her third mating.