DARREN Sultana reckons the skies have worked against Mr. America and his bid to break the Richmond straight 324m track record. 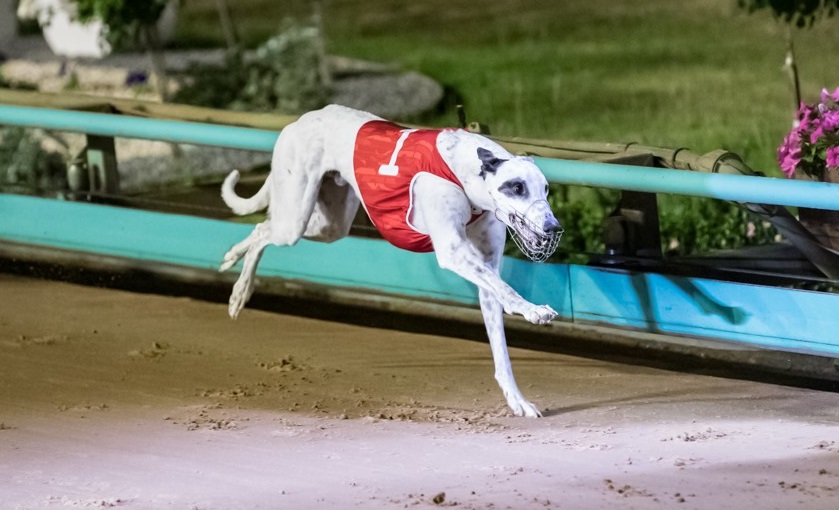 DARREN Sultana reckons the skies have worked against Mr. America and his bid to break the Richmond straight 324m track record.

The son of Se Tali Sundance and Motel Girl has had four starts for the Sultana kennel for as many wins, all up the straight at Richmond each in near track record time, but each on a rain affected track.

“Since we have had him ready to race, it has done nothing but rain and rain in Sydney,” said Darren.

Mr. America, formerly trained for George Kairouz and Terry Hill in Victoria by Jason Thompson, boasts a record of 28 starts for 14 wins and six placings for $38,000 in prize money.

“Jason had him since he was 15 months old,” said Hill. “He was having injury problems with him and suggested he go to Sydney to race up the straight.”

Darren grabbed the dog knowing he had already been in two Group finals at Horsham and Healesville.

“Jason said the dog is a ‘thrashing machine’ he’s that fast,” he said.

“We decided to give him a couple of months off when he first arrived in our kennel which was fine by George and Terry.

“He has a few little niggling worries after a race but he is really pulling up fine now.

“We will keep him to the straight for now but he could go to one-turn tracks eventually, tracks like Bulli or Maitland will suit.”

Mr. America is a “crasher” to the fence but has been beginning brilliantly in his four runs for the Sultana kennel.

“He has had some luck with the box draws,” said Darren.

The track record is held by Cool Chevy Magic at 17.32 set back in October last year.

The Greyhound Recorder’s track ratings system declared the track 2.6 lengths slow on overage last Saturday and precisely the same the week before.

Factoring this in, Mr. America would have smashed the track record on both occasions.

His sire, Se Tali Sundance (KC And All-Flying Cassel) was a smart race dog in the US but lightly used.