BEN Englund says his talented chaser Wynburn Sheean is spot on ahead of his biggest career test in Thursday's Brisbane Cup at Albion Park. 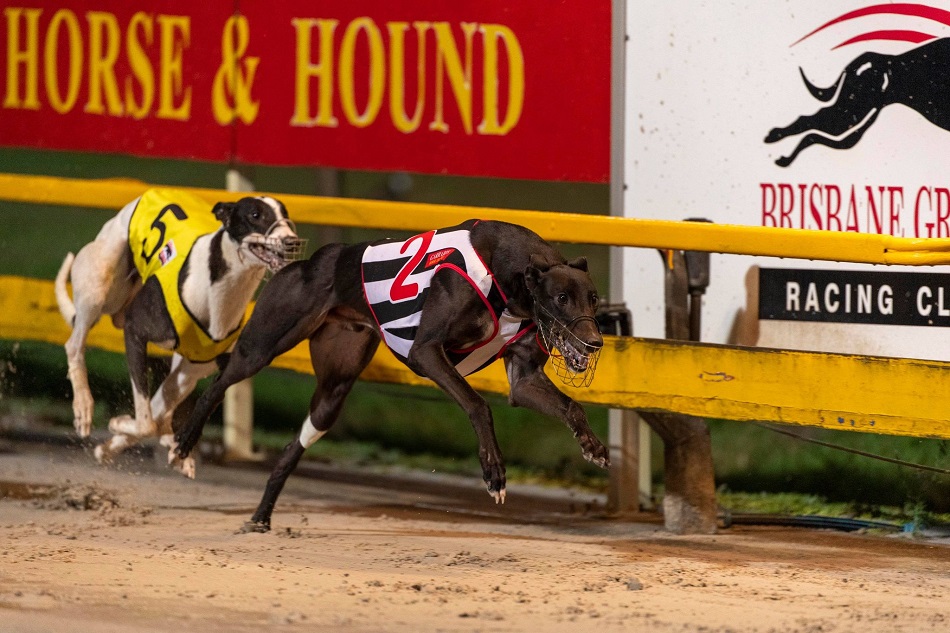 The mighty black son of Aston Dee Bee and She’s All Class, trained in Queensland by Tony Brett, delivered a brilliant heat win last week in beating home Wise Thunder to score in 30.15.

While the time was slower than other heats, Englund says he couldn’t be happier with Sheean’s performance heading into the showpiece finale.

“He showed plenty of determination in beating them to the first corner,” Englund said.

“The run last week was Wynburn Sheean’s best effort in Queensland. Drawing close to the rails is a massive asset in the final.”

Drawn ideally in box two for the Group 1 feature, the Taswegian is third favourite at $5 behind Shima Shine at $1.90.

“The draw is ideal but there is plenty of pace in the race – it won’t be easy.” Englund said.

“Wynburn Sheean is a brilliant race dog and has that will to chase his heart out every time he fronts up at the track. We’ve been in regular contact with Tony Brett and can’t thank him enough for what he’s done with the dog.”

From a purchase of just $4,000, Wynburn Sheean already boasts wins in the Group 2 Launceston Cup and Group 3 Devonport Chase at home in Tasmania.

“He’s been a terrific dog and it’s been a pleasure to see him make the final – fingers crossed we can hopefully get some luck and land a Group 1 with him on Thursday.”

The Group 1 Sky Racing Brisbane Cup Final is race eight at Albion Park on Thursday night and will jump at 9:13pm AESTD.