TRAINER Darren Taylor lines up for his fifth straight Rockhampton Cup Final on Friday night with two outsiders but adamant they have claims at big prices. 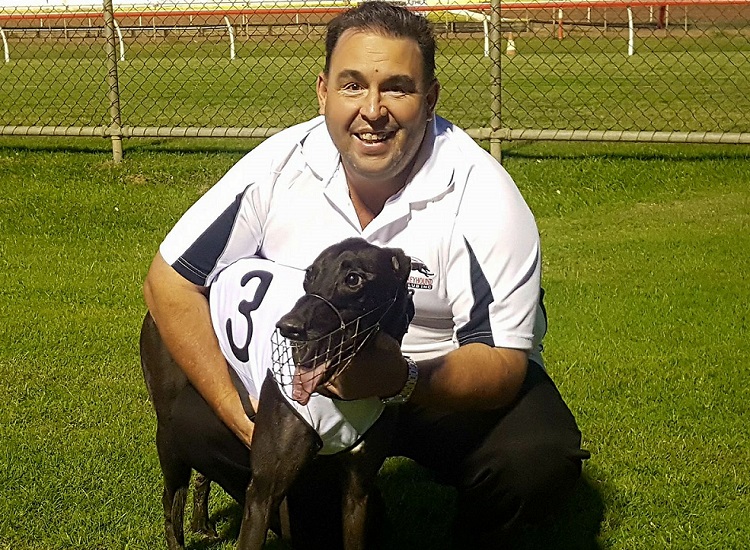 PREMIER local trainer Darren Taylor lines up for his fifth straight Rockhampton Cup Final (510m) on Friday night with two outsiders but adamant they both have better chances than their prices suggest.

Taylor has Off Break (Fernando Bale-Off And On) in box three and Barcia Bullet (Barcia Bale-Mepunga Fame) in the seven in the $25,000-to-the-winner Group 3 Cup final.

“We’ve had a finalist every year since the Cup has gone to Group 3,” said Taylor.

“The best we’ve done though is with Are Jay Lochie who finished third in 2019.

“Someone keeps getting in our road.”

Taylor says Friday’s final is the toughest Rocky Cup he has seen since its elevation to Group 3 status.

“We’ve got two through, and yes we will need a lot of luck to win it,” he said.

“But, both have earned their spot and both are boxed well.

“Off Break can be the big improver.”

Taylor pointed to the fact the dog had not run 500m on the Rocky track until last week’s heats and would be improved by that outing.

“There could be a bit of trouble early and Off Break is nicely placed to miss that trouble,” he said.

“But, saying that, Barcia Bullet ran past a couple of really good dogs in the heats last week including Crazy Cool so he’s not out of the rough chances.”

Taylor settled on Fernando Beach and Enthusiastic as the ones to beat in the final.

“Enthusiastic looked very green to the track last week and is sure to improve,” he said.

“And Fernando Beach was impressive in his win and is another who should improve.”

Fernando Beach and Mitchell Street, a litter brother to Off Break, share favouritism for the final at $3.50.

Enthusiastic is good odds at $6.

Fastest heat winner, Orchestrate – one of three Tony Brett-trained finalists – is at $5 with kennelmate What A Debacle.

Taylor said Bow Baby was a great “knockout” chance in the final.