Temlee Romp Has Rupee In Box Seat For Cup

ASTON Rupee has blown his opposition away for an emphatic victory in Saturday night’s Group 1 TAB Temlee (525m) at The Meadows. 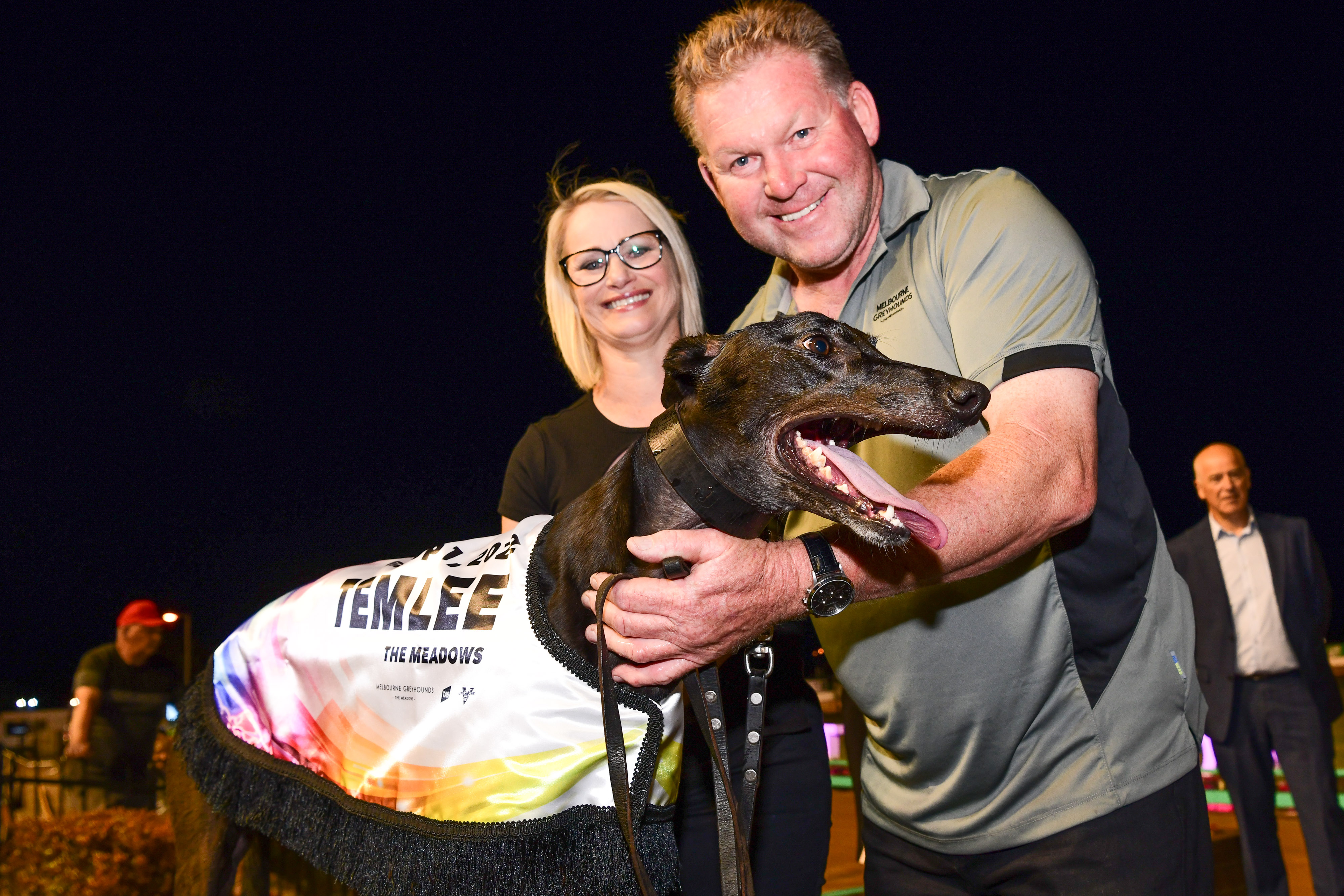 ASTON Rupee has blown his opposition away for an emphatic victory in Saturday night’s Group 1 TAB Temlee (525m) at The Meadows.

The Glenn Rounds-trained superstar was at his brilliant best in the $100,000-to-the-winner invitation, roaring away to land the second group 1 of his career by a thumping nine lengths in a flying 29.64.

And in claiming the invitational double the Ray Borda-owned star became the first greyhound to do so, yet another remarkable achievement on his blossoming resume.

Despite Aston Rupee’s sheer brilliance though, universally considered as the sport’s most gifted greyhound, misses in the Adelaide Cup, Melbourne Cup and The Phoenix, all in which he started favourite from unfavourable box draws, meant the Sandown track record breaker had left some big races on the table.

But that was anything but the case in Saturday night’s pulsating Temlee success, extending his career record to 22 wins from 39 starts with prize money now reaching $567,000.

And the confidence boosting group 1 victory has the blueblood perfectly positioned for an assault on the lucrative Australian Cup (525m) which gets underway next Saturday night at The Meadows.

His 10 starts at The Meadows has now returned five wins and four placings with his love affair for the circuit there for all to see in his Temlee romp from box four.

The staggering performance by Aston Rupee produced a major milestone for his dam Aston Miley also, with her progeny exceeding a staggering $1 million in stake earnings.

Aston Rupee destroys them in the TAB Temlee 💨

Congratulations to trainer Glenn Rounds and to all connections! pic.twitter.com/HTIAKOz1dk

One of the broodbitches of her generation, Aston Miley offspring has so far been responsible for a remarkable 162 race victories for stakes of $1.04 million.

And that trend is expected to only heighten, not just via Aston Rupee and his hugely talented littermates by Kc And All, but by her most recent litter to hit the track by Fernando Bale, two of which have already raced and won.

Finishing a courageous second behind Aston Rupee in the Temlee was the Peter Presutto-trained Idolize, the daughter of My Redeemer raising the bar yet again as her career continues to flourish.

Third in the race was the Jeff Britton-trained Do It which got the better of Aston Rupee in last October’s Group 1 Adelaide Cup at Angle Park.

Whether any of the beaten brigade can turn the tables in the Australian Cup across the next fortnight remains to be seen.

But if Aston Rupee is in the form he was in the Temlee they are certainly going to have their work cut out for them.

Gypsy Wyong again proved that she is one of the country’s premier stayers with victory in the Group 1 Zoom Top (725m) at The Meadows on Saturday night.

Trained by Andrea Dailly, Gypsy Wyong crossed from box seven to settle behind early leader Untapped, stalking the lamplighter until the final turn when she railed through to take the lead.

Line Of Quality flashed home late but came up half a length short of Gypsy Wyong who stopped the clock at 42.54 to claim victory. Favourite Mepunga Ruby found early trouble and finished fifth.

Remarkably, despite her impressive feature race resume including two previous successes at group 1 level – the Topgun Stayers and Bold Trease – and six group finals over the staying trip, Gypsy Wyong paid $9.30 on the Victoria tote. 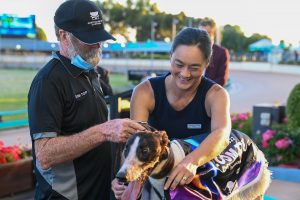 The $75,000 winner’s cheque took Gypsy Wyong’s career prize money to over $380,000 from just 36 career starts, and will now be set for the heats of the Group 1 Fanta Bale Stayers at The Meadows next Saturday.

Despite being beaten as an odds on favourite in the Zoom Top, Mepunga Ruby retains favouritism for the Fanta Bale, with Gypsy Wyong, Stanley Road (who finished fourth in the Zoom Top), and Zac’s Entity on the second line of pre-nominations betting with TAB.

The heats of the Fanta Bale will be run on Saturday 19 February with the $100,000 to the winner final to be run on Australian Cup night a week later.