Changes To Take Richmond From Good To Great

THEY are the stark numbers which should lead GRNSW to introduce races that segregate dogs and bitches at the Richmond Straight Track. 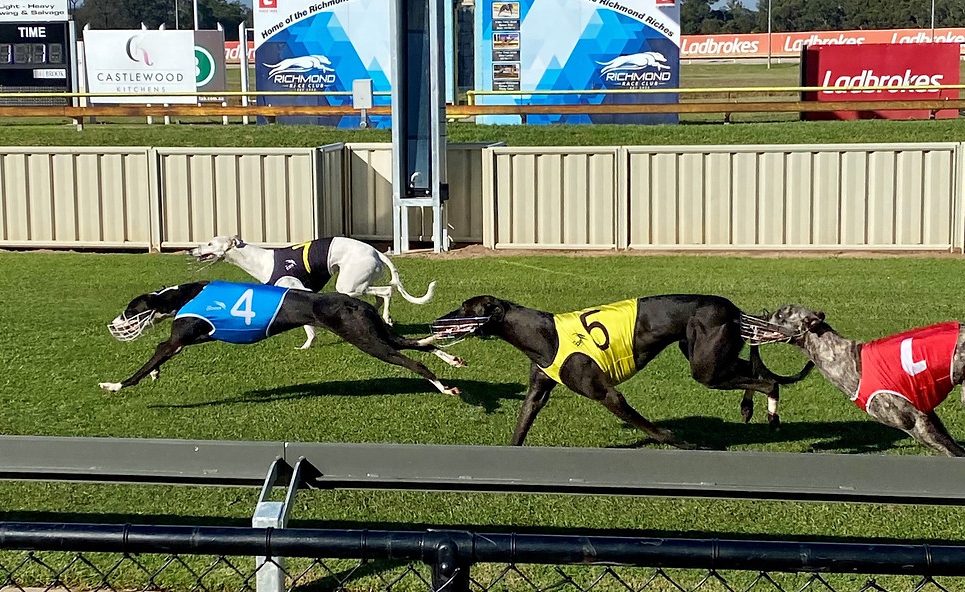 THEY are the stark numbers which should lead Greyhound Racing NSW (GRNSW) to introduce races that segregate dogs and bitches at the Richmond Straight Track.

It has now been 12 months since the advent of straight racing at Richmond and on a number of metrics it’s been a runaway success.

Nominations and turnover have both been strong, the latter more than holding its own particularly in the attractive Saturday morning timeslot.

A cause of angst among a large portion of the participant base has been the decision to run with the rail lure as opposed to the more traditional drag lure.

It’s understood moves are afoot to potentially pivot from that initial decision and move to a drag and offer an alternative – stay tuned on that front.

But, what the first 12 months of racing at Richmond has illustrated is that when it comes to straight racing, dogs hold a distinct advantage over bitches.

The old saying goes that a good dog will beat a good bitch up the straight and data from the first 12 months of racing at Richmond strongly supports that statement.

Of the 503 races staged so far at the Richmond straight, 392 have been won by dogs against the 111 won by bitches.

That’s almost an 80/20 ratio, hardly a glowing endorsement for racing your bitch up the straight with aspirations of a successful outcome.

But the deeper numbers tell a story also.

So one could argue that because of the disproportionate number of dogs racing at the straight against bitches, it’s only logical that the ratio of male winners would be heightened.

The data suggests that trainers are more compelled to race at Richmond with their dogs rather than bitches because of the increased success of the male variety.

In a way it becomes a vicious cycle.

As you escalate in grade the situation only becomes worse to the point that racing at the straight with a bitch becomes almost untenable.

A surefire way of arresting this disparity and engaging more trainers to participate in straight races with bitches with the prospect of being competitive is to introduce events which segregate dogs and bitches.

Increased participation, more competitive racing, it all leads back to heightened turnover and safe racing which is what the sport in 2022 is all about.

There are no negatives, just positives.

Some creative programming and bold decision making, as has been demonstrated by them in the past, can make racing at Richmond even more successful than what it has already proven to be.

And this can then be a blueprint for when straight racing is rolled out at new venues, including the mooted straight at Goulburn which is in the works.