The Final Word: The TAB Phoenix

IN the countdown to Saturday night's The TAB Phoenix, Mick Floyd runs the rule over the credentials of each of the eight runners for the $1.145m event. 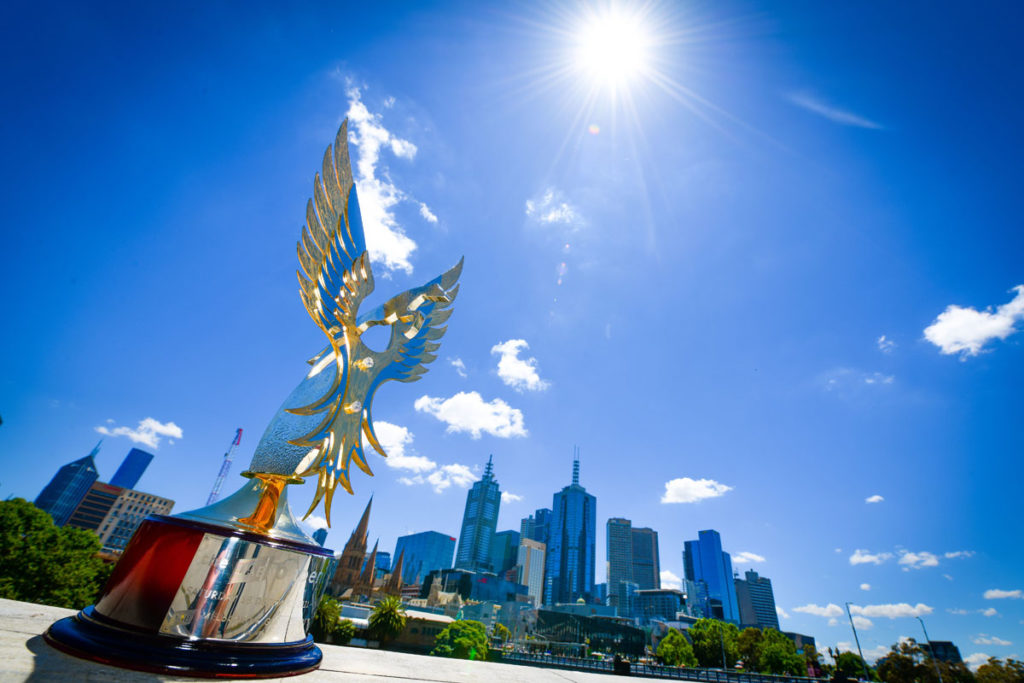 IN the countdown to Saturday night’s The TAB Phoenix, Mick Floyd runs the rule over the credentials of each of the eight runners which have won the right to contest the inaugural staging of the $1.145m event.

In one word: Fairy tale

71 year old Ian Gilders has only been training greyhounds for five years. He nominated Billy Creek for the Phoenix qualifier at the last minute, running second in each of the lead up runs before winning the final at $19 and giving Gilders his first city winner. And as if his luck couldn’t get any better, was the first plucked out in the Phoenix box draw and immediately selected the red. Claiming the $750,000 first prize on Saturday night would truly be fairytale material of the highest order.

In one word: Popular

Who would have thought Jack Smith would find a greyhound as popular – or perhaps on par – to his retired champ Feral Franky? But that is the case with his new star Jungle Deuce winning the popular vote to enter the Phoenix as the ‘People’s Pup.’ His deeds on the track earned him a place in the vote, but a well-crafted campaign out of his home town of Forbes got him over the line. There will be plenty ‘on the juice’ if Jungle Deuce claims the inaugural Phoenix prize.

In one word: Homegrown

Owned, trained and bred by Graham Hall, Spotted Elk broke through for her first feature win in the Queensland Flame. It’ll be a homecoming of sorts for Hall who lived and trained in Victoria earlier in his life. Broke five seconds for the first split in a recent trial at The Meadows which could see her in the firing line early.

In one word: Precocious

She doesn’t turn two until February and only has six starts to her name, but Wow She’s Fast has already built one of the highest profiles in the sport. Bursting onto the scene with a 27.5 length win in 29.09 – the fastest maiden winner ever at Sandown Park – Wow She’s Fast won her first four starts by a combined 45 lengths. While beaten at her last two starts, her run in a TAB Melbourne Cup heat where she found all sorts of trouble early before charging home to be beaten by just 1.5 lengths showed the Greenoughs, the slot holders and the greyhound racing world she is the real deal. Rounded out her preparations with a record breaking trial at Sandown last Sunday.

In one word: Beast

They say they’re not machines, but Aston Rupee is as close as it gets. Widely regarded as the fastest dog on the planet, he not only boasts the two fastest times ever run at Sandown Park, two Speed Stars and a Shootout, but rounded out his Phoenix preparations with track record trials at Ballarat and Shepparton. But he’s not just a fast trial dog – he’s proven at the highest level having won the group 1 Topgun at his last start at The Meadows, the scene of Saturday’s The Phoenix.

In one word: Journeyman

Few greyhounds in Australia have covered as many miles as Vice Grip. Beginning his career over 350m up the Healesville straight, he had worked his way up 660m at Bendigo before a change of kennels saw him travel the country. He raced over 599m at Hobart then made a Darwin Cup final before finding form in WA. A winner of the group 2 All Stars, he was undefeated through The Dogs WA’s gruelling qualification process and enters the Phoenix match fit and battle hardened.

In one word: Potential

True Collinda has shown glimpses of brilliance during her 20 start career but you can’t help but think the best is yet to come. Unnoticed by many, True Collinda set the time standard on Melbourne Cup night running 29.17 – four lengths faster than the time set by Cup winner Koblenz. He earned his place in the Phoenix by defeating kennelmate Typhoon Sammy, the greyhound that famously won a Melbourne Cup heat but missed a place in the final, in a match race.

The Jason Thompson trained True Collinda is racing in the TAB's slot in the #TABPhoenix and will come out of box 7.

In one word: Speed

Early speed wins races, which explains why Koblenz has won 26 of his 39 career starts – including victory in the TAB Melbourne Cup at his most recent outing. He may not be the fastest greyhound overall – his best time at The Meadows is just 29.78 – but none can match his early speed. Amazingly, he’s been placed in his last 29 starts (21 wins), leading from box rise in 23 of them (winning 21). If a dog can overcome box eight in a race of this stature it’s him.