ZIPPING Lopez equalled the Grafton 350m tack record on Sunday at just his second start to further cement the great start at stud for Zipping Garth. 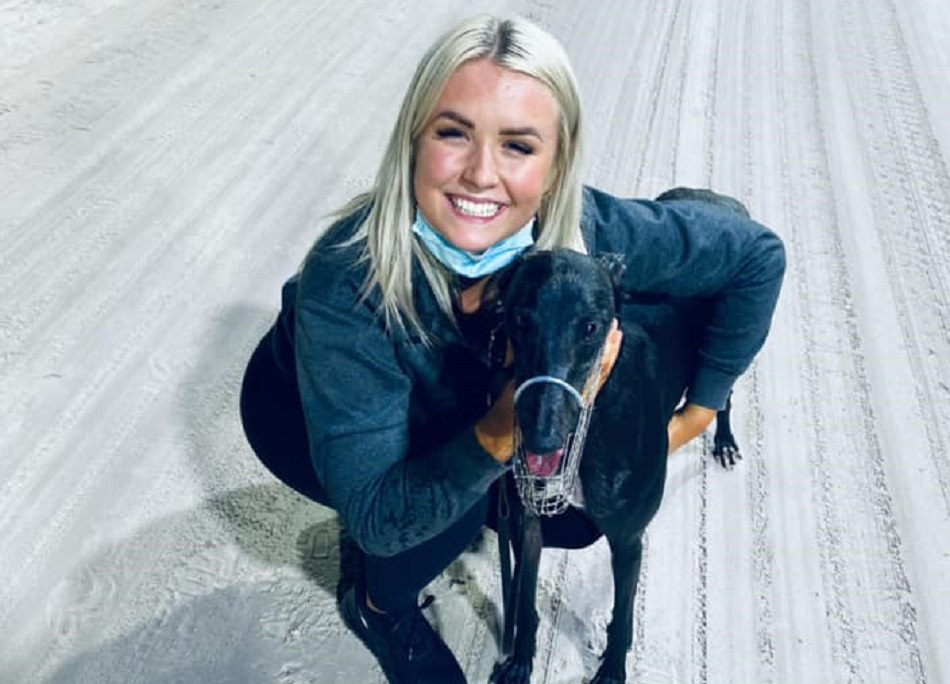 ZIPPING Lopez equalled the Grafton 350m track record on Sunday at just his second race start to further cement the great start to the stud career of his sire Zipping Garth.

Zipping Lopez ran 19.81 to equal the record established only a few weeks ago by Orson Laurie and also equalled by Diamond Jill a week ago.

By Zipping Garth (ex Zipping Lilly) he won  a fifth grade by eight lengths as the $1.25 favourite. He was one of three winners for Zipping Garth on the program including littermate Zipping Lennox.

Trainer Jason Mackay was in raptures over Zipping Lopez’s performance.

“He’s a proper dog, he could be the real deal,” Mackay said. “When he won at Maitland on debut in July he was 10 lengths in front early but struggled over the line with a hock injury.

“But he’s come back great and for a young dog, on his first trip away, never been on the track, to equal the record is something special.

“The fact he is a really good beginner makes him special for the future.”

Litter brother, Zipping Maserati, winner of the July Maiden at Grafton, was beaten into second by Orara Dan in a 450m 5th Grade.

“He was checked at a crucial time but the winner has won five in a row and is a pretty smart dog,” Mackay said. “So his performance was great too.

“Maserati has always been the standout but this dog (Lopez) broke in about the same and his promise is way up there.”

Mackay said the fact the litter is just 22 months old “is scary” for their future prospects.

Of the nine named offspring in the litter, eight have raced and all have won.

“How good is Garth going at stud,” he said. “That was seven winners for him on the day, a couple at Albion Park, one at Richmond and one over at Mandurah.

“And, there are plenty of litters to come in the future.”