The inaugural Richmond straight track meeting on Saturday morning was a runaway success with turnover on the 12-race card going through the roof. 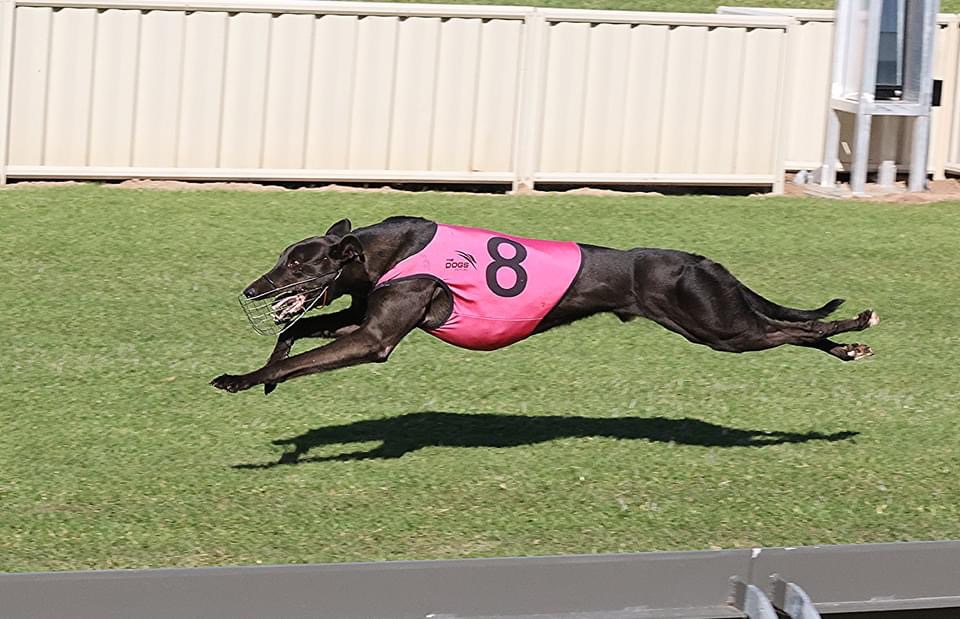 The inaugural Richmond straight meeting on Saturday was a runaway success.

With an 8.30am start, many punters would have hardly wiped sleep from their eyes yet, by the time Lochinvar Chase closed the meeting with a dominant win in race 12, the TAB win pool turnover had increased six-fold on the first race of the morning.

The early start, forced due to non-daylight saving time and the regulation which surrounds the final gallop race to be conducted within a standard before sunset, will revert to 10am in summer.

And it’s the capital works at Richmond which leads into the broader scope of what else is happening in NSW.

Only The Gardens has been added to the NSW racing calendar in the past 15 or so years while others have ceased (Appin, Wyong, Coonabarabran, Mudgee for example) yet harness racing has seen Bathurst and Wagga upgraded while Menangle came into being after the closure of Harold Park.

Fortunately, GRNSW has a blueprint for expansion and excellence.

Goulburn is said to be on the cusp of a new straight and circle track with the addition of lights a first for straight tracks in the country.

Talks continue regarding the sale of the Muswellbrook track (from the GBOTA to GRNSW) and the upgrading of that site.

Tamworth is said to have full support from council for a new showpiece and the dogs are barking that Cessnock is about to have funding for a return to trialling.

Down the track, the commerciality upside of Cessnock racing again (Sunday afternoon?) is significant with Hunter Valley wineries at the doorstep.

Grafton’s new track is expected to be handed over (from builders) in mid-May in time for two weeks of trials before their first meeting in the first week of June.

What happens with Wentworth Park, venues in the Illawarra and at Tweed Heads are under discussion.

GRNSW is working with Tweed Heads management for a new Border Park and that facility will, it’s said, include a veterinary clinic and a Greyhound Adoption boarding facility.

The Wentworth Park lease expires in six years yet an exit from the iconic Glebe circuit is mooted to be much sooner.

A greenfield site is under consideration in Sydney’s west to replace Wentworth Park while similar opportunities will surely be investigated in Wollongong.

Capital costs are significant but it seems GRNSW understands the need to consolidate and upgrade assets with Richmond and Grafton the first tranche of what appears to be an exciting future.

Greyhound Racing South Australia, last July, introduced a unique and transparent top up to prizemoney and, to the end of March, SA owners and trainers have benefited by $2,162,000.

Interestingly, the additional payments were estimated to be $600,000 for the full year and, into the new racing season, Wagering Activity Payments (WAP) will be amended to incorporate an increase in base stakemoney rather than fruther significant WAP payments.

A review of base prizemoney will be made in May and distribution of all returns are under the same terms of ownership registered with OzChase – that is direct payments by GRSA to owners and trainer will be total prizemoney which includes WAP albeit paid as an accrual (July payment, for example, will be in August). 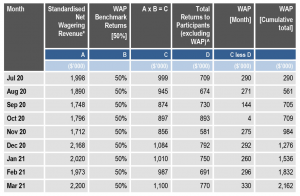 The transparency of GRSA’s processes is unique with the Net Wagering Revenue explained as the combination of all corporate race field fees and Tabcorp product fees, less the fees associated with product fee from wagering on interstate racing.

Total Returns to Participants is the combination of all prizemoney and trainers’ fees paid out by GRSA.

The old adage that fast times are run by fast dogs on fast tracks rang true at Mandurah on Friday.

His 10th career win (at start 28) was only his second at the one-turn track over 490m yet he’ll need to be on song to snare the decider on April 30.

Dave Hobby’s Draft Monelli was heavily backed to take out the heat won by Domino Mac but he bombed the start from the inside alley and finished only third.

He, however, secured a place in the final while Hobby’s Victorian ‘boarder’ Earn The Answers won his heat in a sharp 27.16 secs and kennelmate Sunset Givenchy also qualified by finishing second to Got The Swagger in heat two (in 27.54).

The record which Domino Mac equalled is ‘owned’ by Zack Monelli. He had a rare weekend off after his G1 Galaxy win but it was not by design. On Saturday at Cannington, there was no top grade event at any distance which is very rare in the west.

One of the rigid sticking points within Greyhounds Australasia’s rules, post the ABC’s 4 Corners vision, has been the ban on the use of tanned skins (or anything remotely similar) as a lure.

The national rule has been not negotiable and a few years back, Sale Racing Manager Des Dooley was given a life ban by Greyhound Racing Victoria when an old sheepskin remnant was discovered at his property by inspectors.

Dooley has since had his disqualification reduced and served his time but is still trying to have his license returned. His charge was based upon the presence of ‘animal product’.

What makes Des’ situation pertinent – and others charged under a local rule 42.18b – is that GRV’s local rule is a mandatory life disqualification.

In Western Australia, the scenario is completely different.

Prior to the Perth Cup, Tiggerlong Tonk’s connections were allowed to use a tanned skin (which was correctly purchased and certified) at Cannington.

The local rule in WA is rigid and fair (and it’s the same in South Australia) but how can the states be so opposite in regulation? Life for Victorians and a free pass in SA and WA!

At a tangent, is the local rule in NSW regarding hydrocortisone. The hormone cortisol controls the damage caused by pannus (a debilitating eye condition which leads to blindness) and in NSW, greyhounds flagged with GWIC as having pannus, can be given daily hydrocortisone drops (in the eyes) to mitigate the disease’s advance.

In more than seven years since GRNSW introduced the local rules for greyhounds identified with pannus, not one positive (swab) to hydrocortisone has been detected.

The decision to allow the use of hydrocortisone in NSW comes down to a welfare matter.

Outside NSW, for a racing greyhound, treatment with hydrocortisone requires a withholding period and that can lead to the eye condition being exacerbated.

The NSW hydrocortisone view and the WA animal product oversight further highlights the irrelevance and ineffectiveness of GA’s rules.

With his oldest pups just 18 months of age at the end of April, the sad passing of Aston Kimetto could not have come at a worse time for Ray Borda and the Thompson family.

A tangible reminder of the son of KC And All’s will to win came in successive Group 2 wins at Geelong and Ballarat in late 2018.

His last-to-first performances were spectacular and let’s not forget it was Orson Allen – successful in 31 of 61 starts and a cool $620,300 – he collared at Geelong in a slick 25.45 seconds.

Kimetto had nine litters whelped in 2019 and all are yet to be named but, by means of Murphy’s Law, there’s every chance a superstar will emerge to further enhance the tragedy and sense of loss.

Some of his progeny should be racing in around eight weeks.