THURSDAY'S Sandown meeting is the final chance for Speed Star contenders to step into the “Top 8” and ready for the June 2 features. 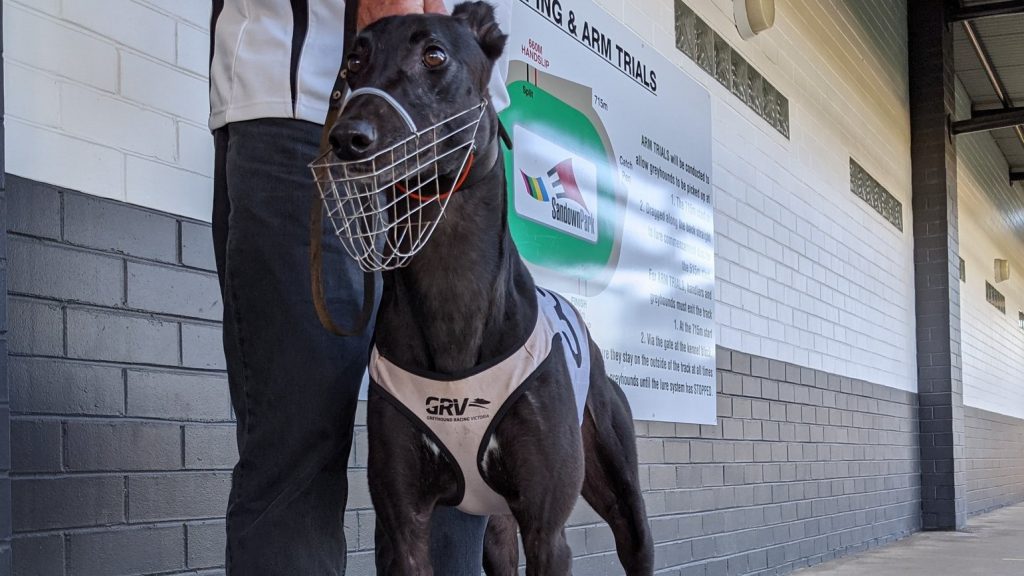 Next Thursday’s meeting at Sandown represents the final chance for aspiring Speed Star contenders to step into the “Top 8” and ready themselves for the June 2 features.

The only changes – under race conditions – to the Speed Star rankings this week came over 715m with Kenny The Brute (41.758) and Stanley Road (41.769) elevated to the lower level of the top eight.

With Sunset Bourbski (third) retired, Here’s Tears rounds out the “Top Eight” and connections will be watching the clock closely on Thursday as the cut line comes down to hundredths of a second.

On Sunday, Aston Rupee made his mark on the 515m Speed Star to gazump top ranked Shima Shine in registering a remarkable 28.927 to be Dux of class (at the moment) for the Bill Collins series.

His solo effort is the fastest in the history of this celebrated event.

An interesting sidelight to Line Of Quality’s performance was that the red brindle dog – in finishing fifth to Stent at Wentworth Park – was deemed to have ‘not performed to their satisfaction’ – and ordered to trial again before racing.

Does the Sandown effort pass the GWIC stewards’ pub test?

SHOW ME THE CHANGES

The oversight of integrity and regulation in greyhound racing lies with Greyhounds Australasia (GA) and, in coming weeks, that representative body will conclude their Rules Rework Project.

That task is to review all submissions which were received prior to April 19.

A revised draft of the National Rules which takes into consideration the first phase of feedback will be provided for public consultation on Monday.

Time has passed for new insights to be developed and rank-and-file participants can respond to the new National Rules (to rulesrework@galtd.org.au) by COB on June 7 but where are the new rules published?

Who gets to be involved with public consultation MK2?

Changes which affect all and the is process promoted as consultative but fails to provide access to any document which can be commented on.

After June 7, GA’s Board will endorse the National Rules on June 30, a period of rule ‘familarisation’ commences on July 1 until September 30 before the new National Rules are enforced from October 1.

This is an important process which is being completely hidden from the people who will be most affected by change. The closeted manner in which GA presides underscores the failings of this representative body.

GA is an expensive, backward looking and outdated entity which has utterly failed to evolve and advocate for greyhound racing’s future.

This National Rules review is a metaphor for everything GA does – it’s protracted, constrained by individual agenda and then unenforceable when member states invoke “Local Rules”.

SOUTH Australian greyhound racing functions a little differently to other states – GRSA is a not-for-profit public company with member clubs as shareholders.

Profound impact on industry is on the shoulders of member clubs yet day-to-day admin lies with the Board and management.

And it’s that lower level of oversight which has seen GRSA record a record return to take holders in 2020.

GRSA has only four TAB venues but conducts 8.5 meetings per week with 31 administration and stewarding staff. GRV conducts around 25 meetings weekly and has a little less than 200 full-time employees.

The financials, if GRSA and GRV are compared, are like chalk and cheese but the real FTE ratio (GRSA being 3.64 and GRV’s is on the cusp of eight) shows how well GRSA do in returning 50 per cent of net wagering revenue as prizemoney.

The 50 per cent high tide mark is harder to reach in NSW, for example, due to the metrics around the number of tracks to be maintained, the horrible inter-code agreement and the vast distances needed to cover regarding integrity.

The good things which happen in SA are based on industry needs and breeders are being rewarded.

Based on the number of litters bred up until the end of the March this year, (84), SA will exceed 100 litters for 2021 and it’s a number which might have been unthinkable just a few years back.

It’s interesting that income from wagering is the lifeblood and most state bodies put great focus on maximising turnover.

That is except for the bods at RWWA when it comes to online greyhound racing comment.

“What’s on next” punters might not care for or peruse what comment is available but many do and it’s an offering like “Shooting for a hat trick of wins.

Hard to stop.” (Cannington Race 1 no 1 Gaggle Of Fun on Sunday) is hardly an inducement to have a bet.

TAB’s ‘fuzzy logic’ (computer generated) comments are even less engaging yet the stats around the TAB info is valuable.

Access to the wagering dollar is a pitched battle yet the decision makers at RWWA are not prepared to spend a ‘peso’ in order to earn a dollar.

Queensland and WA lead in race in bang for buck (prizemoney-wise) in greyhound racing and it could be even better in the west.