THE Speed Star at Sandown on Wednesday holds great interest with the Bill Collins series over 515m potentially the best in the series since inception. 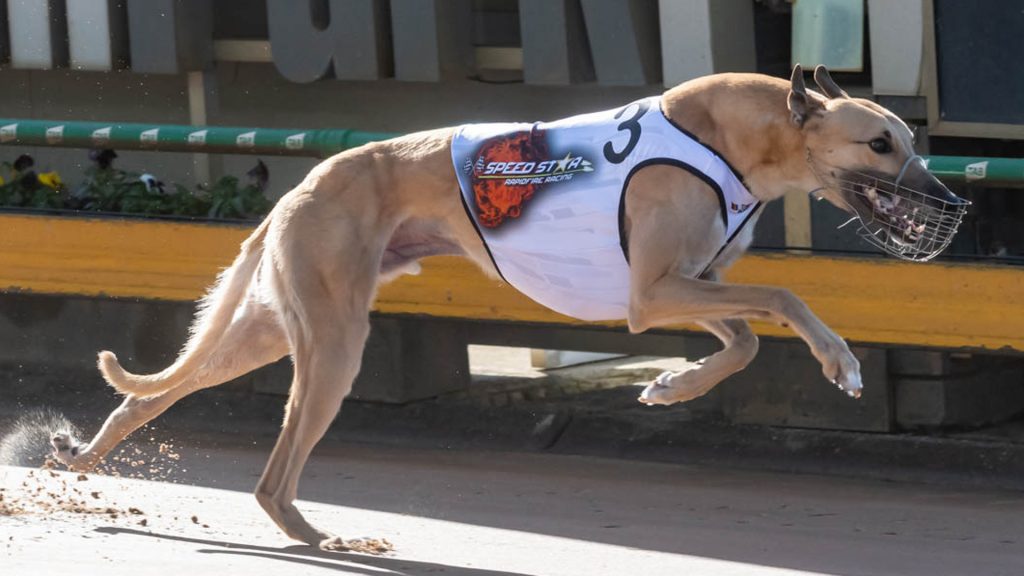 THE Speed Star at Sandown on Wednesday holds great interest with the Bill Collins series over 515m potentially the best in the series since inception.

Aston Rupee’s 28.927 time trial on May 22 sets the benchmark for qualifiers – yet there have been only seven dogs to better the 29 second mark at the famous circuit under usual racing conditions (full fields).

Nominations for Wednesday’s feature close on Monday morning and it’s mere speculation which dogs will make the cut given the options elsewhere (Albion Park, for example) and the rigors of racing.

Unfortunately, the hock ligament injury suffered by Zack Monelli in the Sandown Cup has concluded his racing career and others heading to the 595m Speed Star will have a less problematic path to victory.

Also missing will be Stanley Road.

He finished tenth in rankings after Thursday’s final opportunity but with Sunset Bourbski and Zack Monelli resting up and Zipping Rambo (seventh ranked) heading to the 595m event, he was guaranteed a start in the Lizrene (715m) contest.

“He’ll be six or so weeks recuperating and it also puts paid to a Queensland campaign.”

Waters have been muddied regarding northern campaigns for some trainers – given COVID-19 restrictions in Victoria. This Speed Star series may have otherwise been compromised by choice – might now be a necessity.

Aston Fastnet and Lakeview Walter were considered certain to contest the Flying Amy series at Albion Park ($75,000 to-the-winner) but flights are less frequent for the moment and the safe choice is to stay home.

The Speed Star pecking order (since February 1) finished this way: Aston Rupee quickest over 515m at 28.927, Zipping Rambo’s 33.659 takes top billing over 595m while Hank The Hustler got conditions to suit over 715m last month when slick 41.380 winner.

Now it’s two out, head-to-head stuff and Smart Missile’s 29.006 is the Speed Star race record (Sandown treats all the solo offers the same for records’ sake) in the inaugural edition in September 2015.

This will be the 11th edition of the Speed Star, and the 10th at Sandown Park.

Only 13 of 72 greyhounds to have contested the Speed Star improved on their qualifying time, though weather did severely impact three Speed Stars programs – and that’s something to be contemplated on Wednesday. At this stage, the weather forecast is for showers.

Punters needs to watch the climatic condition and the fact that only two top seeds have won the series also adds intrigue.

The first match race is late in the card and is expected to kick kicking around 6.30pm.

For the previous five weeks, early starts for man and hound alike were par for-the-course and turnover on the five meetings – which are wagered on internationally – has met budget expectations.

Certainly, by paying prizemoney equivalent to a standard Richmond (circle), Dapto, Bulli or Gosford meeting, an upswing in turnover is required (from digital subscribers far from these shores) to turn a substantial profit but GRNSW has executed the project very well and Grafton is about to launch.

Muswellbrook and Tweed Heads are works in progress while the Thirlmere trial track (near Picton on the southern highlands) is expected to come under GRNSW’s control in coming weeks (subject to final Wollondilly Council approval).

Goulburn’s new straight track and remodeled circle track is progressing very well. NSW greyhound racing, after a debilitating period, is looking like the place to be.

Revenues have grown substantially during COVID-19 lockdowns and had it not been for a diabolical 25 year-old Inter-code agreement and Point of Consumption tax gouging, Tony Mestrov and his team would be overseeing the best greyhound racing entity in the world.

For now, there is only upside for greyhound racing in NSW. Breeding numbers are up, turnover is at record levels and much needed infrastructure upgrades are advanced.

When the Baird Government decided to ban greyhound racing in 2016, one man who worked tirelessly, with media and political heavy hitters, was Rob Ingram.

Based at Tomingly some 50 kilometres south-west of Dubbo, Ingram has only a hobbyist interest in greyhound racing now and is a full time breeder of domestic (companion) dogs.

Yet his history and understanding of the needs of greyhound breeders in the central west has driven a concept which is about to come to life.

“For too long, breeders out here have had to travel vast distances to have bitches mated, in conjunction with Dr John Newell, we will be opening the Orana Veterinary Service in Dubbo in early July,” Ingram said.

“The initial veterinary oversight will be for a new laparoscopic spaying procedure, orthopedic surgery and rehab equipment (including an underwater treadmill) for greyhound trainers.”

Once the new venture has fully bedded in, a breeding and insemination collection (and storage) service will kick off.

“Collection of semen from stud dogs will be across all breeds but we will also offer FSI, AI and TCI (trans-cervical insemination) for greyhound folk.

“The vets involved and experts in the field of reproduction and breeders in the western districts of NSW will not only get best practice but a new scale of options which will be less invasive and cost effective.”

The frozen implant process of insemination has increased conception rates and litter sizes yet Ingram has research to suggest the AI and fresh TCI will be better again.

“Litters sizes can increase by up to two (2) pups but more importantly, it’s one less surgery and anesthesia,” Ingram continued.

“Also, Darren Mines will be our dedicated transport provider and anyone who knows Darren and Bronwyn, understand they’re the best in the business.”

The most important changes to greyhound racing’s for many years is midstream and those who made submissions to Greyhounds Australasia will have received an opportunity to review the template of what may well be in place later this year.

For the vast majority who are none the wiser, here’s what GA is ‘selling’:

The main objectives in updating the National Rules are to:

* Promote, enhance, and maintain the welfare of greyhounds.
* Regulate greyhound racing so that public confidence in its integrity is upheld.
* Provide for a level playing field in greyhound racing.
* Record the rules which, together with the Local Rules of Controlling Bodies, regulate greyhound racing in Australia and New Zealand; and
* Promote the long-term viability of greyhound racing and the conduct of it in a socially responsible manner in Australia and New Zealand.
* The objectives might sound and look on spec but I have no confidence that any submission will cut through and this is only rhetoric – a process of crossing T’s and dotting I’s on consultation.

Decisions will be made by people with ‘no skin in the game’ so it’s critical that those affected – owners, trainers and breeders – go here (https://galtd.org.au/industry/rules) and see what GA’s concept for change is.

It’s now or never … June 7 is D Day and feedback needs to be in by 5pm at rulesrework@galtd.org.au