The I’s have been dotted, the T’s crossed for Grafton’s return to racing on June 14, the spectacular new complex getting rave reviews from trainers. 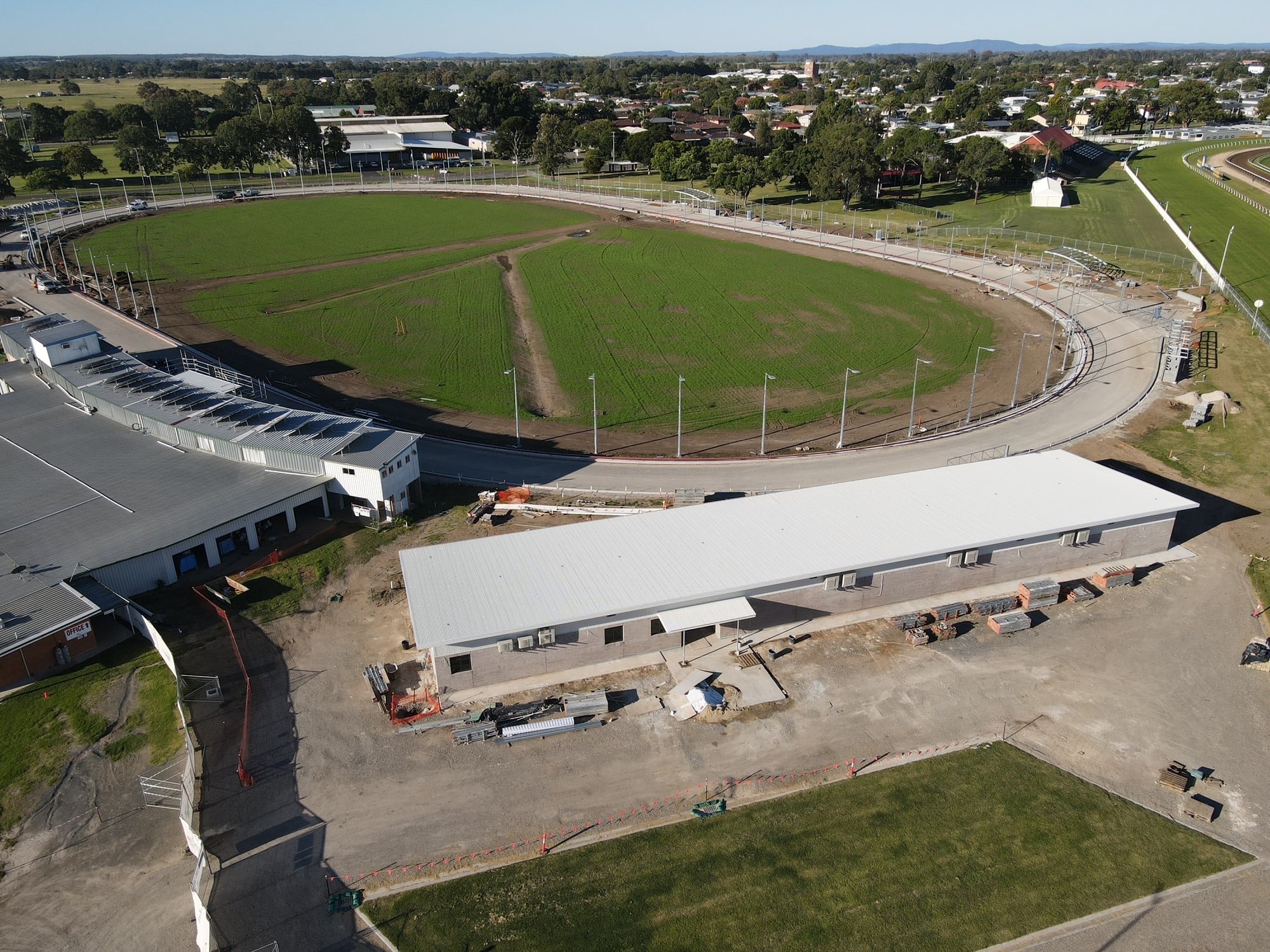 The I’s have been dotted, the T’s crossed for Grafton’s return to racing on June 14. The spectacular new complex has been completely transformed and no expense has been spared from the day racing ceased 10 months back.

Some 80 trials were conducted on Friday and full bookings have been received for Monday, Tuesday and Wednesday.

“Initially we had expected to be back by the end of April but torrential rain on a number of occasions – in December and through to February – held tradesmen up significantly,” Grafton President John Corrigan said.

“The transition turns allow a dog to ready itself to move with the shape of the track rather than a first direct bend which we all know can be problematic,” Corrigan added.

“The same sand as we previously utilised and the club is just delighted with the outcome.

“The 450m times have been in the high 25 seconds range with 25.65 the best so far while the 660m boxes have not bee utilised as yet. Very, very few people trial at that trip.”

The June 14 return comes three weeks before the official opening and enough time for dogs to be at their best for the famous July Carnival.

“The maiden series has a rich history – Brother Fox won his maiden here but was beaten in the final which was over 407m.

“Bookings for the caravan park are all-but full … we are just so excited about how the project has gone and that we can get back to what we love – going racing.”

From the start of the McHugh Special Commission, Australian greyhound racing was under siege and struggling to survive well before the Baird Government announced their intention to ban the code in NSW in July 2016.

Not one entity within the code had the courage to offer advocacy, raise an opposing view or correct utter falsities.

This week., Greyhound Clubs Australia launched Greyhounds Facts which will provide context and balance to extreme view and the lies activists promote about greyhound racing.

Not only does GCA now provide advocacy, their scope if to meet head on issues which are being hijacked and protect participant clubs who are often at the forefront of unwarranted criticism.

Their social media interaction is at:

The support network is funded by member clubs along with Greyhound Clubs Victoria, Sandown, The Meadows and the Brisbane Greyhound Racing Club.

The win by Indy Lolly in a maiden at Geelong on June 4 was nothing out of the ordinary yet her pedigree gave rise to further investigation.

Indy Lolly hails from an eight-strong litter by Irish star Droppy’s Jet out of Aeroplane Indy and is the fourth winner.

The litter is the only one on the ground in Australia and, interestingly, of his 40 top rated progeny on greyhound-data, only two are bitches.

That’s a mere five per cent and Fernando Bale is not significantly higher (six). Brett Lee has only eight bitches in his top 40 while Dyna Double One is atop the list with a remarkable 19, KC And All is also high at 16, Aston Dee Bee sits at 14, Where’s Pedro and Fabregas are tied at 13 while Barcia Bale has 11.

It might not mean a lot to some but when breeders ask for $3000 (let’s say) for a male up and less for a bitch, results are at hand to support and deny the notion.

In the end, it’s whether a breeder wants to propagate a female line or not. Not one of seven brood bitches here would have made it within cooee of being a success at stud but their residual value is immense.

The notion that male pups are more valuable than a female is held by those without a long-range view.

In just three weeks, a new period of registration for NSW participants kicks off.

Given that this the first time the Greyhound Welfare and Integrity Commission have asked participants to re-register and, for that rationale, three forms of personal identification is required.

It’s one-off and registration will now trigger on an individual’s birthday and not a financial or calendar year collective.

One and three-year renewals are the option with a 30 per cent discount offered for the multi-year element. Importantly, capacity to nominate is tied to the registration process and any unfinancial registered person will quickly find out what missing June 30 deadline delivers – their dogs won’t be drawn from July 1.

Ipswich’s meeting on Saturday was run-of-the-mill yet the performance of debutant Champagne Jazzy was notable.

A son of Group 1 winner Champagne Sally, Champagne Jazzy is a week shy of 18 months of age yet still posted a smart 30.55 win from box five at his debut.

The blue brindle dog is by 2018 G1 National Derby and Silver Chief winner Out Of Range which has been stud in Ireland with the Michael and Sean Dunphy for some time.

His oldest Irish progeny were whelped in August 2019 and three of four pups named have won with Droopy’s Samantha particularly promising.

Out Of Range has had only nine individuals to race locally (from four litters) and the future performances of Champagne Jazzy and his siblings will be followed closely from the Emerald Isle.

Despite winning his two G1 age classics, Out Of Range will be remembered equally as the litter brother to Poke The Bear.

Poke The Bear had undescended testicles and was unable to be used at stud. Superstar Tornado Tears had the same misfortune yet his brother Rippin’ Sam has produced some smart types including Mandurah 490m record holder Domino Mac.

When transacting business, there is a trust element regarding payment and delivery.

In practice, a private sale can ‘go south’ at any point and it’s not necessarily the service provider who gets ‘dudded’.

Greyhound breeders are presently in a bind with payments made to the owner of a NSW-based stud dog but the waters are muddied thereafter. No frozen implant, no F10 transfer form … only hollow promises.

While this is a private matter, GWIC intend dealing with registered persons in NSW who fail to complete transactions and it’s a function which needs to be replicated in all jurisdictions.

Social media is the front line for keyboard warriors with an axe to grind.

An online spat has erupted in the past couple of weeks regarding animal transport and an excerpt from one slanging match goes this way:

Disturbing accusations were exposed in the five preceding paragraphs and greyhound breeders need to make good choices when transporting inter or intrastate.

Peter Simpson (Sydney to Brisbane and in between) and Darren Mines (Central west NSW to Sydney and onto Melbourne) have been operating with the highest of hygiene and welfare standards for many years but there are ‘çowboys’ out there.

It’s an unregulated regime but, with registered greyhounds aboard, the likes of GRV, QRIC and GWIC ought, at the very least, ensure the conditions the dogs travel in is of a professional standard.