DESPITE fears of racing being shutdown in the Sydney basin for the next 14 days, racing will continue but with fundamental restrictions in place. 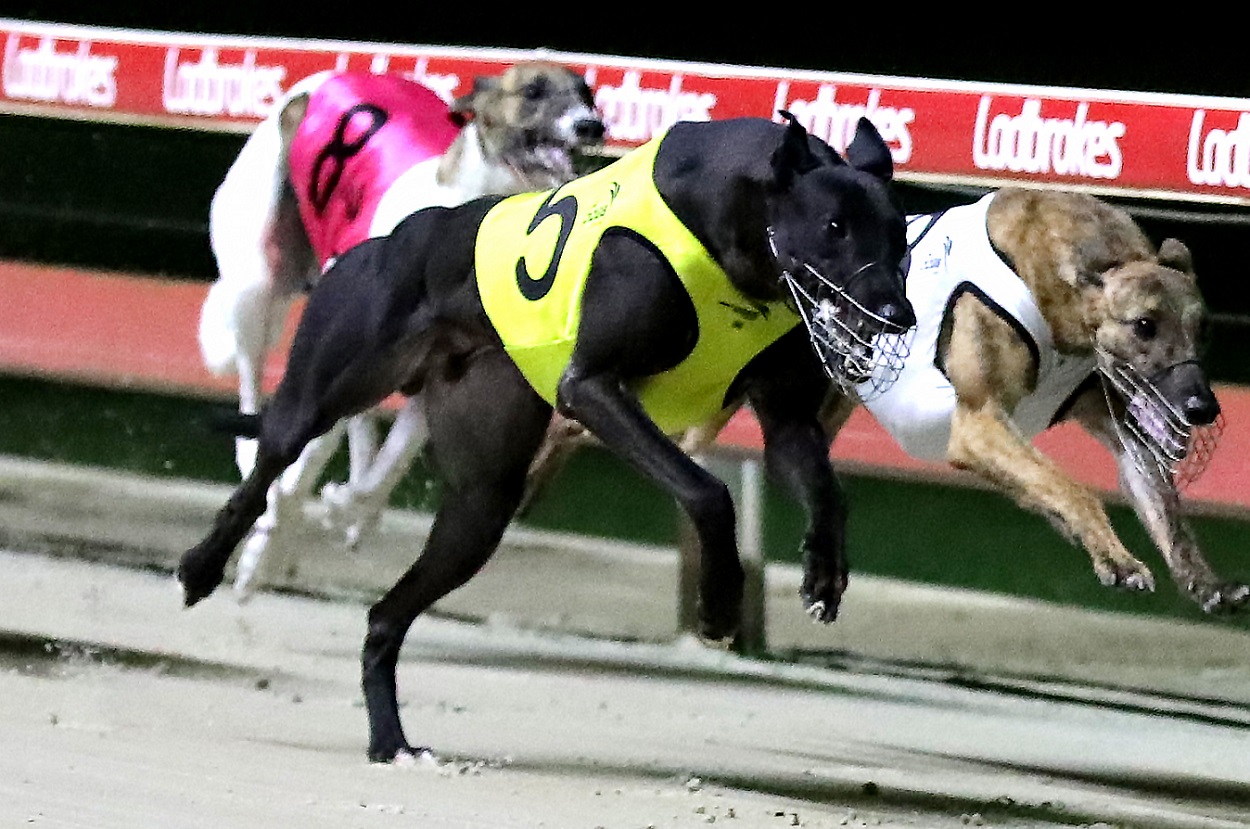 DESPITE fears of greyhound racing being shut down in the Sydney basin for the next 14 days, an emergency meeting of the GRNSW Board has cleared the path for racing to continue – with fundamental restrictions in place.

COVIDSafe processes allow trainers within the Red Zone areas to race at tracks within that precinct – Wentworth Park, Richmond, Dapto, Bulli, Gosford and trialling at Appin – with trainers from outside the Red Zone ineligible to cross boundaries and or nominate.

The parlous concept that racing would cease at the aforementioned venues until the new Delta variant of COVID-19 was controlled has, fortunately, had a work around.

Greyhound Racing NSW’s Board met on Sunday afternoon and it has been decided to return to strict “Zone” racing which was proposed 12 months back but not fully initiated.

Short term, greyhound racing in NSW can continue to be unaffected by the Sydney basin lockdown but trainers are not able to travel from Sydney to Bathurst, Nowra or The Gardens for example. Likewise, trainers in Bathurst cannot race at Richmond, for example.

Opportunity for trainers inside the Red Zone will come from racing within that precinct – against dogs from the same region.

Advertised racing programs are unlikely to stand up in lieu of supply of racing stock but GRNSW has put in long hours and have engaged in co-operate dialogue regarding the path forward.

“The Vic Peters Classic was moved from Wentworth Park to Gosford but has now been postponed until a clear racing schedule can be mapped,” GBOTA Chief Executive Steve Noyce said.

“Trialling can continue but there will be very strict controls around social distancing, face masks being worn, temperature testing will resume and contact tracing will be in place.”

Importantly, GRNSW will offer city prizemoney opportunities for both zones.

No one will be left behind.

In the short term, Nowra (Monday) and Gosford Tuesday have been abandoned but prizemoney will be shared across all nominated dogs.

Trainers who cannot travel to Bathurst (Monday) and Bulli (Tuesday) will be compensated by $250 per dog and no stand down period applies for forced scratchings.

Full city prizemoney (Saturday Wentworth Park stakes) will be offered for the race meeting at Ladbrokes Gardens on Friday, July 2, for races over 520m (excluding maidens).

Interstate greyhounds can still race in NSW but will be confined to specific zones providing transport is directly to that zone.

Social media commentary is impossible to counter yet the cesspit of barbs thrown regarding the important work GRNSW has undertaken is underscored by self-interest.

Opinion is one thing yet tirades from people who don’t know the difference between ‘to and too’; ‘know and no’ should face the prospect of being charged with bringing the game into disrepute.

It’s just six days from the proposed “Rostered Day Off” (July 3) for greyhound racing in Victoria with participants making a united stance on a raft of issues which Greyhound Racing Victoria either deny exists or refuse to attend to.

On Friday, a proposed meeting with the Victorian Greyhound Owners, Trainers and Breeders’ Association was cancelled at the eleventh hour.

“GRV offered no resolution to the issues, so they are either showing a blatant disregard to the concerns of participants or have become oblivious to their responsibilities,” Robert Britton said.

It’s become clear the discontent between participants and the GRV is at an all-time high.

The greyhound industry has taken some enormous steps forward in recent times, but it seems GRV does not want to continue taking those steps.

“GRV is focused on self-interest rather than striving for excellence for both the participants and their wonderful dogs,” Britton continued.

“The sharply higher income returned to GRV in this financial year has come from participants but not a cent is being returned.

“As far as next Saturday is concerned, nothing has changed and it will go ahead. The resolve of participants is even stronger since GRV’s closing down of dialogue and their inappropriate response.

“The response, in fact, is an insult to participants who offered genuine concerns and resolutions were, put simply, just ignored.

“GRV responded with a bland ‘motherhood’ statement, offered participants nothing and provided no solutions. Club’s staff are doing a great job, but they are under-resourced and subject to direction that is not producing the best outcomes.”

While July 3 will come and go, GRV certainly needs to address the concerns of participants in Victoria – the alternative view is for ongoing, direct participant action to be the norm.

Had NSW racing been curtailed by the Red Zone protocols on July 3, the lack of content from Victoria would have been more pointed but in these very fluid times, the prospect of Wentworth Park and Richmond racing that night is live.

For the first time in its existence, the Greyhound Welfare and Integrity Commission in NSW are registering participants for the new racing season.

June 30 is the strict deadline for all and any non-financial person (via OzChase) will be unable to nominate dogs from July 1.

The process to re-register is pain free so those who miss the financial year deadline have no reason to complain if/when dogs are not drawn later next week – and there will be noise from the minority who ‘drop the ball’.

Registrations are offered on an annual or three-year basis (with a 30 per cent discount) and will renew an individual’s date of birth.

This registration period requires a pro-rata payment (until your next birthday) and then it’s a 12-month or 36-month option thereafter.

Since Angle Park’s last meeting on April 8, much has changed at South Australia’s premier venue.

The complete track refit had been on the agenda for some years yet, once the new Murray Bridge facility was complete and Gawler was upgraded, attention turned to Angle Park.

“The majority of the civil works have been completed and the final stage of the lure rail installation will commence on Monday.

“The SafeChase lure system, which was first rolled out at Murray Bridge in July 2019, will be installed and Angle Park will be first metro track to transition to the new track technology.

“At this stage the racing surface will be placed on the track in the week commencing Monday July 19, with trialling to resume approximately a fortnight later.”

The project has remained on schedule despite some fairly significant rain days over the past few weeks in Adelaide, which is a credit to the contractors working on the project.

The cross-contamination issues for handlers of greyhounds has been taken very seriously by GWIC in NSW and a forum is set to discuss the matter in coming weeks.

“The concept was disclosed at our monthly industry forum on Friday and we want people to hear from the analysts directly in what happens by means of process and levels which give rise to positive swabs,” GWIC Chief Executive Stave Griffin said.

“We are keen to ensure the industry is confident in the swabbing processes and the results that are returned.

“A number of stakeholder and participants will be involved in the meeting with Racing Analytical Services and they will get clear perspective on how the process is conducted and what readings really mean.”

While Grafton’s return to racing is ‘old news’, their hugely successful development was completely focused on their rich winter carnival and, on Monday, it’s action stations.

Trainers have been camped at the track for weeks now and trialling has been hectic to say the least.

“The trainers travelling here have something in order of 50 dogs with them and I’m expecting good numbers of Queenslanders here on Wednesday for the Sprinter’s Cup series while the Stayer’s Cup will now be a stand alone race on July 7 offering $15,000 to-the-winner.

The Clarence Valley Sheds maiden series will unearth stars of the future but the very best of the youngsters which have contested this series have not taken the final out.