The prospect of the MDC commencing this month was dealt a crippling blow on Friday following COVID-19 positives in the Hunter region. 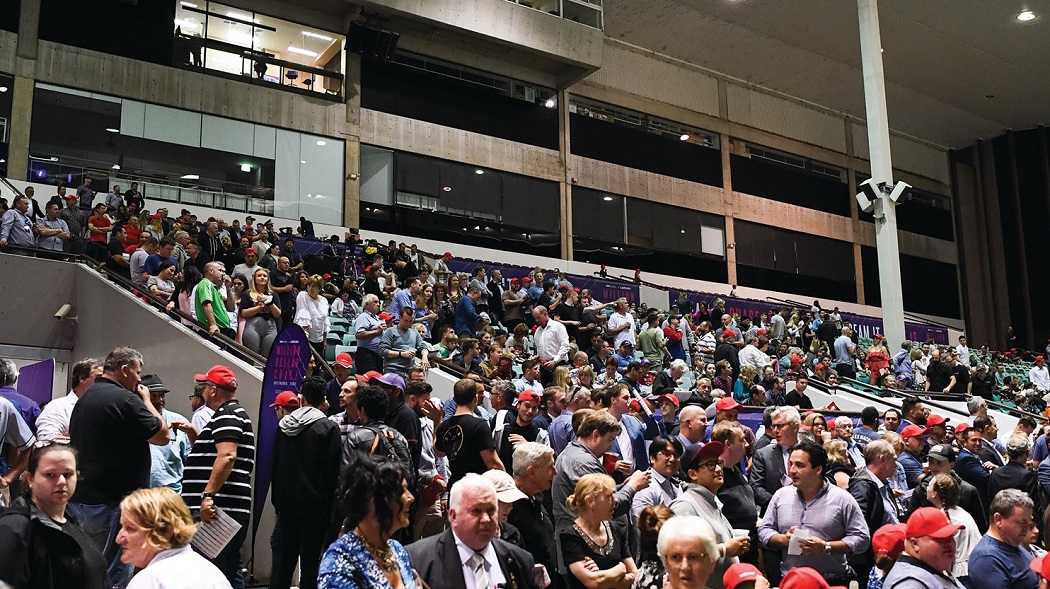 The prospect of the Million Dollar Chase commencing this month was dealt a crippling blow on Friday following COVID-19 positives in the Hunter region including two residents of the Callaghan campus at the University of Newcastle.

Such COVID-19 activity in the community stymies decision making and, on Sunday, a number of forced scratchings occurred at Richmond after 12 suburbs in western Sydney were listed as ‘hot spots’.

A GRNSW Board meeting is imminent and the only certainty surrounding the world’s richest race is that no business plan is immune from Covid-19.

What is important to GRNSW is the integrity of this prestigious event and a delay for the MDC – until such time that trainers can travel without restriction – seems to be the right thing to do.

Make no mistake, the 2021 MDC will be conducted but it’s surely going to be at a later date – think Tokyo Olympics.

The darkness of the Baird Government’s ban of greyhound racing will never leave NSW participants.

Animal activists, by means of collusion and contrived, manufactured evidence, seek to persuade public perception and, in the USA, racing was closed in Florida last year after operators no longer were required to conduct racing in order to maintain a gambling license.

The activists, however, took the credit but the outcome was inevitable given the licensing change. That win fuelled their fervor and, next year, Southland, in Arkansas, will also cease operation.

Now, Jacinda Ardern’s New Zealand Government is being pressed by animal rights charity SAFE and the Greyhound Protection League to end the sport in the Shaky Isles.

A report commissioned in April and produced by Racing Integrity Establishment Board chairman Sir Bruce Robertson does not have a ban as part of the terms of reference in the report yet new regulations could be levied that effectively make racing impractical.

What activists do is misrepresent, generalise and lie.

The situation presented on the ABC’s 4 Corners program in February 2015 regarding a training facility at Ba Ria in Vietnam is a prime example.

Local vet, Dr Nho, a short-term volunteer at property near Vung Tau in the country’s south, was conscripted to (illegally) euthanise greyhounds.

The ABC asserted the greyhounds were imported from Australia but it was later exposed that no greyhound had been exported to Vietnam for more than two decades.

The Vietnamese Police sought to arrest Nho but it was purported that he’d relocated to Laos escape sanction. His whereabouts remains unknown.

The vision was galling. The story told in Australia was that this activity was run-o-the-mill in Vietnam yet Nho was paid to conduct the reprehensible deed.

That’s how activists work and the licenced participants in New Zealand needs to be proactive, not reactive.

When Baird lowered his 2016 boom, greyhound racing in NSW had no voice, no advocacy. In recent months, Greyhound Clubs Australia filled that void with the start of a strategy which debunks lies and holds naysayers accountable.

NZ’s licensed participants face a challenge which will not disappear. Positive messaging is critical and education essential.

Hanging on by means of employment supply and good turnover has a feel-good funk (the economic return to Treasury) but it’s not enough and more needs to be done.

The GCA project can include GRNZ … and they need to get on board.

The mediation between Greyhound Racing Victoria and the Victorian Greyhound Owners, Trainers and Breeders’ Association lobby is moving glacially.

News from the Garden State is that progress has been limited and the model which the GOTBA considers reasonable is shy of GRV’s concept.

A notion to not nominate for meetings on July 22 was withdrawn by the VGOTBA with news of good faith mediation but patience is being tested.

Can common ground be found? And how long will this take?

Make no mistake, mediation without compromise is not conducive to a positive outcome.

Let’s hope for some good news in the next seven days.

Racing Queensland, last month, announced prizemoney increases across all three codes with the new money kicking in on September 1.

An improved Point of Consumption Tax rebate from Treasury has delivered revenue not seen previously seen and, in Queensland, greyhound racing is being delivered their ‘fair share’.

When PoCT concessions were introduced in NSW, greyhound racing received only a 10 per cent return while representing just on 22 per cent of turnover.

The net deficiency runs into tens of millions of dollars per annum.

In Queensland, the new monies will be split:

The remaining 5.8% to be invested in the replenishment of high-risk assets as guided by a recent external review.

The breakdown for greyhound racing ($1.7 million) looks like this:

* Introduction of fifth to eighth prize money at $10.

Additional investments in greyhound care and funding earmarked to address critical racing assets including front and back straight and sectional cameras at all tracks in addition to the Bundaberg track rebuild.

The Palaszczuk Government’s budget commitment of returning 35% of Point of Consumption was lauded by Racing Minister Grace Grace and RQ Chairman Steve Wilson AM said: “It is important that we provide all participants with the confidence to continue to work and invest within the Queensland racing industry.”

“Since 2017, we have grown annual returns to participants from $174 million to $271 million and we are well on our way to realising our revised upwards strategic ambition of $280 million,” Mr Wilson said.

“This is a way for us to say thank you to our enormous industry which spans across almost 120 towns in Queensland.”

There are challenges, however, in the Sunshine State.

RQ and or Minister Grace must attend to the uncertainty surrounding greyhound racing’s tenure at Townsville and the delivery of the new greyhound precinct at Yamanto near Ipswich is another priority.

At Townsville, a short-term lease (maybe any lease!) would suffice but it’s really up to RQ to give those in north Queensland a degree of certainty.

Yamanto, the replacement venue which has the old Gold Coast track’s $10m relocation ‘promise’ included, will become south east Queensland’s greyhound mecca as the Albion Park facility will be redeveloped as an Olympic venue for 2032.

By 2024, racing is expected to cease at Albion Park and that provides only three years for Yamanto to be operational.

The clock is ticking.

NSW Racing Minister Kevin Anderson issued a media release on Friday which, in this Covid-19/Olympic cycle was not, in broad terms, consumed by mainstream media.

After lobbying NSW Treasury, the Greyhounds Welfare and Integrity Commission has successfully had their fees included in a (maximum) $1500 rebate for all ABN registered participants.

That does not mean being GST registered for greyhound racing, it’s any person with an ABN.

In summary, the NSW Government established a small business rebate scheme a few months back whereby small businesses impacted by COVID-19 can claim back a range of government fees up to a maximum of $1500.

Some participants have already accessed the scheme and payments are made within 10 days.

The GWIC registration fees for the 2021/22 period can be refunded now – one of 32 functions which can be claimed and include (but not limited to) litter registrations, naming applications and trainers/handlers licenses etc.

The full list of rebates, across all agencies can be accessed here: https://www.service.nsw.gov.au/system/files/2021-08/eligible-fees-and-charges-small-business-rebate.pdf with the GWIC component being at page 24.

Registration takes just a minute or two at https://www.service.nsw.gov.au/small-business-fees-and-charges-rebate and, providing your receipt number (emailed from ‘NoReply@onegov.nsw.gov.au’) is at hand, the refund process is simple to say the least.

NSW lags behind every state in assisting breeders and this ray of sunshine from GWIC is much appreciated … every little bit helps but those without an ABN do miss out.

Only the introduction of a NSW breeders’ excellence scheme will help all participants.

Breeders in the NSW Central West have been buoyed this week with the opening of the Orana Vet Clinic at Dubbo.

Orana announced that greyhound industry icon Dr. John Newell will be regularly in residence for consultation and surgical procedures.

The clinic has been open for three weeks and any NSW registered dog requiring veterinary work (desexing) under the re-homing policy can use Orana at no cost to themselves.

The breeding centre at Dubbo is under construction and once registered by Greyhounds Australasia, one of the nations biggest breeding precincts will have state-of the art facility at hand.

In excess of $800,000 has been spent on the latest equipment at the site while another $400,000 earmarked for a CT scanner, TCI and revolutionary laparoscopic spay equipment.