Relief may well have been the overriding sentiment when GRV announced a huge $5.3m increase in prize money from October 1 on Friday. 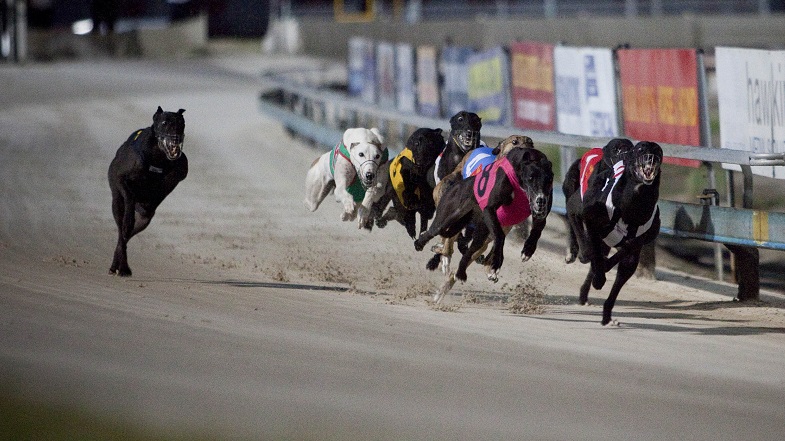 RELIEF may well have been the overriding sentiment when Greyhound Racing Victoria (GRV) announced a huge $5.3m increase in prize money from October 1 on Friday.

Just how GRV plans distribute the additional income will be decided in the next fortnight yet the fact that goodwill was shown by both parties gives hope that a standoff (akin to the day of action of July 3) will not be repeated.

The Victorian Greyhound Owners, Trainers and Breeders’ Association stood firm in negotiating with GRV and, while the outcome was hard earned, it at least showed that Victorian management understood the will – and determination – of their constituents.

The negotiations provide a pathway to a brighter future. GRV cannot ignore the past and their task is to be collaborative as there is more to do.

Let’s hope compromise and co-operation is the norm hereafter.

The GOTBA have their house in order and all Victorian participants have benefitted. What owners and trainers can do now is join the GOTBA … membership is a mere $60 for five years (www.gotbav.org.au and gotbav@gmail.com) and has shown real benefit to the rank-and-file.

Capital works, the acquisition of assets and with nine non-TAB tracks in NSW (100 meetings annually), Greyhound Racing NSW has a structure of funding to maintain like no other.

As we know, Victorian prizemoney will get a lift in five weeks and NSW participants can look forward to good news in coming weeks.

GRNSW is (fortunately) no longer responsible for funding the Greyhound Welfare and Integrity Commission so the return to industry (a percentage of income) they can produce in their Annual Report later this year will be interesting.

Greyhound Racing SA sets the benchmark for transparency in the return of income to industry and their near 60 per cent mark also leads the way.

Queensland and WA provide the best average prizemoney per race in the land but the returns by percentage in both regions is well short of the SA mark.

Also coming at a cost in NSW is the Legislative Council Select Committee inquiry – a millstone which refuses to yield.

COVID constraints have pushed the final hearings back to December and, at that time, the anti-greyhound racing forces will have had more than 12 months to gather resources.

No good can come from this protracted slanging match. It’s a process which must be endured after being engineered by people with an axe to grind.

Angle Park’s return to racing on Thursday after a near five-month rebuild got off to a spluttering start vision-wise.

The night’s first race – won by long odds on pop Bedrock Fred – won’t stay long in the mind’s eye with the camera operator focusing on the spanking new video wall in the home straight after Fred has completed just 15.98 seconds of what ended up a 43.08 gallop.

That aside, the track seemed to race very fairly.

Visually, the surface looked a little slow but it was day one, the night was injury free (aside from a toenail matter) and times were right on what was recorded as a picnic meeting (the weekend prior) in bright sunny conditions.

What is clear, is that Angle Park is no longer a jump-and-win venue. The 530m tests stamina and, while on Thursday, many winners won from the front, opportunity is there for run-on types.

Though many trial session and in the picnic meeting, racing was very clean with the science behind track design (Grafton, Angle Park and Goulburn in the near future) and providing a clear blueprint for success.

The best time of the night at Angle Park on Thursday was Rushes’ 30.47 and it will be interesting to see what becomes ‘fast’ at Angle Park when the SA Derby and Oaks get underway next month, then the Adelaide Cup in October.

Aside from the missing vision of the night’s opener, the angle of the finish line (in perspective to the vision) is not exact.

Previously at Angle Park, a parallax error (a perceived shift in an object’s position as it is viewed from different angle) occurred due to the camera position being three metres past the winning post.

Race caller Breton Yates went for Crying (on the outside) in Race Two on Thursday in a diving finish with Springvale Max.

Anyone familiar with watching Angle Park would have concurred but, on the inside, Crying held on and it was a learning curve for all.

All racing in New Zealand ceased two weeks back following a Covid-19 Delta outbreak in Auckland and the industry suspension came after people travelled far and wide after potential exposure in the north.

After two three-day pauses and then a week-long edict, racing is set to resume on Wednesday but the Auckland precinct remains isolated.

Unfortunately, trainers in that area cannot cross boundaries and, fortunately, GRNZ has financially supported all with a $5 per day subsidy for all greyhounds regardless of age or racing status.

It might not seem like a lot of money but the handout was the helping hand was greatly appreciated. Interestingly, even with greater outgoings for trainers, the equine industry has offered no assistance to their people.

Fields for Wanganui (12 races) and Christchurch (15) for Wednesday have been drawn and can race on a Level 3 status (lockdown was at Level 4) while Cambridge gets going on Thursday alongside another Christchurch meeting in the south.

What has been problematic for trainers is keeping dogs ‘race ready’ as the two-week cessation was certainly unplanned and, at the get go, was imprecise time-wise.

That’s the world we live, the only certainty is uncertainty.

News this week that early Irish Derby ante post favourite Explosive Boy would stand at stud at Meticulous Lodge with Paul and Michelle Westerveld upon retirement came mid-stream of the Boylesports-sponsored series.

After winning his opening two rounds in dominating in 29.40 and 29.47, Explosive Boy, the April ‘19 son of 2017 Irish Derby winner Good News – while qualifying for the quarter finals – ran into an irresistible force on Saturday night, a brilliant lass named Ballymac Ariel.

Already a Group 1 winner at Clonmel in the National Produce Stakes, Explosive Boy had won seven in-a-row before the Round 3 outing. His flawless box manners were again on display but the absolute quality of Ballymac Ariel was irresistible.

She roped Explosive Boy at the first turn, raced clear late to score by three lengths in a cracking 29.07 – the exact same time Pestana registered in his Quarter Final win last year.

The week prior, Pestana became the first dog to break the 29 seconds mark (28.99) at Shelbourne Park in a second round heat win.

The pair clash again on Saturday with the seeded box draw providing Ballymac Ariel with an edge. Deemed a middle draw runner, she’s secured box five while Explosive Boy, with an inside box preference, must contend with the four alley.

Adding to Ballymac Ariel’s stocks is that All About Ted (box six) is a wide runner and this brilliant bitch, after starting an equal favourite with Explosive Boy on Saturday at 2/1, will be the popular elect in the Quarter Final clash and atop all-in betting for the September 18 feature.

It’s hard to ignore the early impact Zipping Garth’s progeny have made and his stud career is on a spectacular upswing.

Litters out of Zipping Lilly (the dam of Zipping Kyrgios) and brilliant front runner Frida Monelli has produced the likes of Bondi Monelli (six wins from 10 starts), Zipping Maserati (five wins from seven starts) and City Monelli (five from seven also) while Night Time Lover’s only pup to race – Zip Stream – has won six from 14.

And, now, there is another ‘Zipping’ sire on the scene – Zipping Dean.

The win was straight forward but his entry into racing has a remarkably more complex  back story.

Zipping Dean, when recuperating after a track injury, was placed in a yard at Martin Hallinan’s showpiece 200 acre property at Clergate – next door to Zipping Merlow which had been retired after winning 12 of 37 starts.

Nature took its course in the spring of 2019 and, unbeknown to Martin and Fiona Hallinan, Zipping Merlow came on season and it was too much for Dean to ignore.

He chiseled his way under a common fence and, the next morning, after smoking a stogie with his girlfriend, was moved back to where he belonged.

Six weeks passed and Zipping Merlow had put on more than a bit of condition and on December 5, she whelped 10 pups.

Zipping Dean’s great escape then became a regulatory minefield. He had to be registered as a stud dog, every pup needed to be DNA tested and affidavits had to be signed. It’s been a costly and time-consuming exercise.