Many aspirational Victorian’s will argue the Melbourne Cup is the pinnacle of greyhound racing and just having a runner in the final is an achievement. 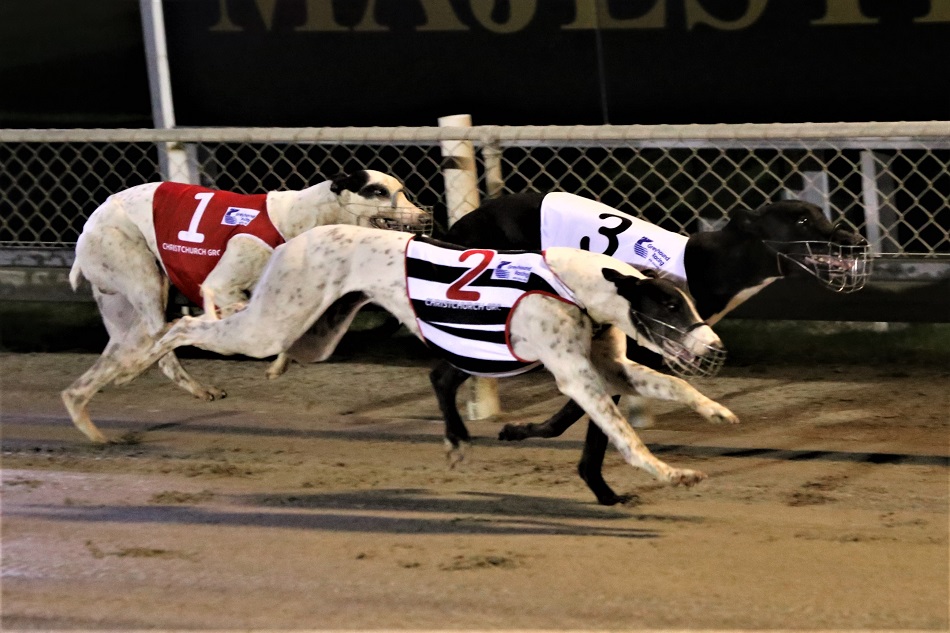 Many aspirational Victorian’s will argue the Melbourne Cup is the pinnacle of greyhound racing and just having a runner in the $500,000 to-the-winner final is an achievement.

Sadly, the dead-heat between Koblenz and Jepara in Friday’s opening cup heat has denied owners John and Glenda Dart and trainer Jason Thompson that thrill with Typhoon Sammy.

The conditions of the Cup (by means of GRV’s local rules) eliminated Typhoon Sammy from the series decider with his winning time being the slowest of the eight heats and that highlights just how fickle racing is.

As the night progressed, the track – seemingly – became faster with Lakeview Walter posting 29.257 (and runner up Daph’s Ascend 29.362) in heat seven while in the final race of the night Lala Kiwi scored in 29.244 with Jax Bale (second in 29.352) posting the overall third quickest time of the night.

In general, tracks can improve as the evening progresses (due to track reparation) and wind is also an element but it’s not so apparent on a week-to-week basis when graded races wane quality-wise late in the night.

Then climatic conditions come into play.

Take, for example, the Speed Star at Sandown in 2018 when Simon Keeping started long odds on in the fourth Lizrene match race.

Rain was Simon Keeping’s kryptonite and those who backed him into $1.30 to account for Jane’s Intention were quickly disappointed.

In the Speed Star series, the match races are conducted in quick succession and that mitigates Melbourne’s quickly changeable weather yet a 12-race card (as was the case on Friday at Sandown) is at risk.

And then there’s the 2016 Sapphire Crown series in which It’s All Talk missed a place in the Group 1 final despite finishing in what should have been a qualifying position.

Heat two was won by Mepunga Flame in 29.529 while a dead head for second (between Cash In Motion and Skate This Ice in 29.764) was .005 quicker than the time It’s All Talk registered when second to Shared Quality in heat four.

Dead heats are rare indeed and there is no easy fix yet a more palatable outcome, in my view, is a ballot between the dead heaters is the fairer way to handle a tie.

A ballot is by no means perfect yet Typhoon Sammy did everything asked of him by winning (to qualify) but still missed out.

Responsible gambling messages are familiar to all punters yet the affect is intangible and merely serves to pacify anti-wagering alarmists.

The fact is wagering operators prey on the meek – those who fail to understand what is fair value or regarding and all-in markets – by all corporate entities – underscore the poor value they offer naïve punters.

A prime example is the Melbourne Cup to be decided at Sandown on Thursday and, for illustration, only the Sportsbet and TAB’s prices went this way.

The All-In prices are moot unless compared to the price on offer for winning a heat on Friday night – overlooking the Typhoon Sammy saga!

That’s a market of 204.6 per cent as compared to the usual 120 per cent or so bookies work towards.

And let’s not forget this Melbourne Cup is a TAB sponsored event but winning limits were restrictively low and the All In Market was embarrassing.

By comparison, a very ‘careful’ pre box draw TAB market for the Cup has been released and it’s at 130.4 per cent.

Punters are being played for fools with futures markets and the term “responsible gambling” really means nothing.

UP THE ROAD WITHOUT A PADDLE

Victorian owner-breeder Peter Griffin has always been mindful of looking after the next generation and when he retired the brilliant Claretown Cindy after only 14 starts (11 wins), the black bitch took pride of place at his Claretown property, some 90 kilometres north west of Melbourne.

Claretown Cindy has had two litters to race and all 11 pups have won with the classy Cindy’s Oliver the dux of her Fernando Bale ‘çlass’.

She then went to Aston Dee Bee and later Feral Franky before arranging a service in recent weeks to Wow.

Until Saturday morning, there were no issues for Griffin regarding the on-season Claretown Cindy but his plans were soon shattered.

All three of Claretown Cindy’s litters had been conceived (by Frozen Semen Implant) at McIvor Road in Bendigo and that’s where the FSI was sent for this fourth and final litter.

GRV’s approval (Pink Card) for the fourth litter was with McIvor Road on Thursday and her progesterone levels (taken at that facility) suggested Saturday or Sunday was the target day for insemination.

Griffin signed paperwork for the procedure last Thursday which approved the impeding anesthesia and his intent to use of Wow via FSI.

At 7 ½ years of age, Claretown Cindy is in magnificent condition yet, due to her age, the management at McIvor Road then told Griffin they would not do the procedure.

It was D Day (Saturday) and a final progesterone was booked but on arrival, Griffin was shown the door.

There was no possible way to get the bitch – and the FSI – to another facility.

McIvor Road had Claretown Cindy’s full veterinary history, the Pink Card (GRV’s green light to breed) the FSI was in house but that mattered not.

“I’m just appalled at how I’ve been treated,” an angry Peter Griffin said.

“At any time in the past week McIvor Road’s staff could have told me of their age edict and I would have moved the Wow service elsewhere.

“This was to be her last litter and, now, she will not be mated at all.

“I tried to chase another service elsewhere but it was just too late. All breeders understand the precise nature of the implant’s timing and McIvor Road certainly gave me no opportunity to arrange something (shipping the FSI) to another clinic which would have been open over the weekend.”

The lack of communication is one thing for Griffin yet he sees the outcome as disrespectful for greyhound breeders.

“Are they saying, I cannot care for or do not care about the welfare of my girls?” Griffin added.

“Some bitches now race to around four years of age and may not come into season until five or so. Under McIvor Road’s policy, a five year-old’s first time mating would, effectively be the only time they would allow the bitch to be bred with.

“Ï wonder whether that’s the case with all breeds of canines now at McIvor Road. I certainly won’t be back and other breeders need heed the warning about their outrageous age policy.”

Just on two years back the NSW east coast was devastated by a fire storm which was recognised as the worst ever recorded.

From Bega to north west of Lismore, some 5.4 million hectares of land was devastated, 42 per cent of all state forests were impacted and as much as 81 per cent of the Greater Blue Mountains World Heritage Area was razed.

It was a time of extremes and greyhound racing was not immune to threat.

Fortunately there were people who rolled up their sleeves and not only assisted breeders, owners and trainers (with pups and racing stock) but went beyond the call of duty to ensure no animal’s life was lost.

At Sunday’s NSW Greyhound of the Year awards, GRNSW made awards to three club officials who worked around the clock to ensure the community was safe and greyhounds found safe haven at their tracks – a refuge of sorts.

The trio not only provided safe haven for greyhounds, domestic pets were well looked after and their sense of community spirit was heartfelt by all in the Goulburn and Nowra precincts.